The search for love is back on in “The Bachelor,” and feel that high school nostalgia during “Friday Night Lights.”

THE BACHELOR 8 p.m. on ABC. Colton Underwood, the former NFL football player and Season 14 “Bachelorette” contestant, returns to reality TV once more to try to find love. During the 23rd-season premiere of this show, which has captivated many and caused books to be written about its scope and power, Colton meets the 30 contenders after his heart. They include Miss Alabama 2018 and one contestant who brings, and momentarily leaves behind, her 10-year-old pet Pomeranian.

COLLEGE FOOTBALL PLAYOFF NATIONAL CHAMPIONSHIP 8 p.m. on ESPN. Alabama, with a 14-0 record, takes on Clemson, also 14-0, for the national title. This is the fourth year these teams are meeting in the College Football Playoff, and the third time in those four years that the two go head-to-head for the championship. 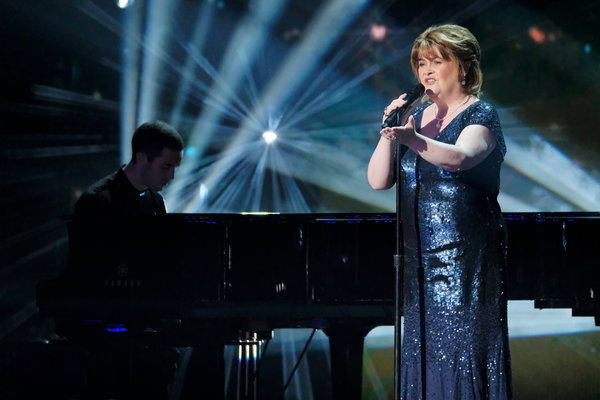 AMERICA’S GOT TALENT: THE CHAMPIONS 8 p.m. on NBC. The judges Simon Cowell, Mel B, Heidi Klum and Howie Mandel return, and the new host, Terry Crews, arrives, in this series premiere. The show features the most notable contestants and acts from past seasons and other iterations of “America’s Got Talent,” bringing them together to compete for the title of world champion. Fifty acts will return to the stage, including the 2009 runner-up Susan Boyle; the knife-throwing act Deadly Games, a 2016 semifinalist; and the ventriloquist Darci Lynne Farmer, the 2017 winner.

LOVE ACTUALLY (2003) on iTunes, Amazon, Google Play, Hulu and Vudu. Although Christmas is over, it’s hard to wean yourself from holiday movies. Now that Valentine’s Day is approaching, a Christmas-themed film about love might help you get ready for February’s celebration. With a star-studded cast — Liam Neeson, Alan Rickman, Colin Firth, Emma Thompson, Hugh Grant and Keira Knightley, among others — the film follows several intertwining love stories, including that of a prime minister who falls for a young staffer, and one about a marriage on the brink and plagued by infidelity. Despite a few questionable subplots involving a young woman and a much older man in a position of power, which prompted the critic A. O. Scott to label the movie’s portrayal of love “shallow and dishonest” in The New York Times, the feature remains a cult classic and even received an unorthodox 15-minute sequel nearly 15 years later.

FRIDAY NIGHT LIGHTS (2004) on iTunes, Amazon, Google Play, Hulu and Vudu. In this film, based on H. G. Bissinger’s 1990 nonfiction book, the director Peter Berg brings the small town of Odessa, Tex., where football reigns, to the screen. Here, the game takes precedence over everything, rivaling religion. Inspired by the Permian High Panthers’ 1988 season, the movie offers glimpses into the personal lives of the boys tasked with upholding their town’s honor, like the star quarterback, Mike Winchell (Lucas Black), and Don Billingsley (Garrett Hedlund), who is the victim of an abusive father (Tim McGraw). The players, as well as their coach (Billy Bob Thornton), must learn to navigate the pressures of being hometown heroes. Berg went on to create a television series of the same title, writing and directing its pilot episode.