STEVEN UNIVERSE: THE MOVIE (2019) 6 p.m. on Cartoon Network. Rebecca Sugar became the first solo female show creator at Cartoon Network when she created “Steven Universe.” Since its 2013 debut, the show has won a Peabody Award, been nominated for five Emmy Awards and gained applause for being a standard-bearer in L.G.B.T.Q. representation in animation. The series gets the movie musical treatment here, with a story that involves Steven (voiced by Zach Callison) saving the world after the arrival of an alien threatens the continued existence of life on earth. Chance the Rapper, Gallant and Aimee Mann are among the musicians who collaborated on the movie’s original music; Patti LuPone and Christine Ebersole are among the vocal talent involved. “With the show, we like to take things that feel familiar and dig into them,” Sugar said in a recent interview with The New York Times. “So, I wanted to approach a ‘Steven Universe’ musical that way: These are things you recognize from other musicals, but with these characters.” 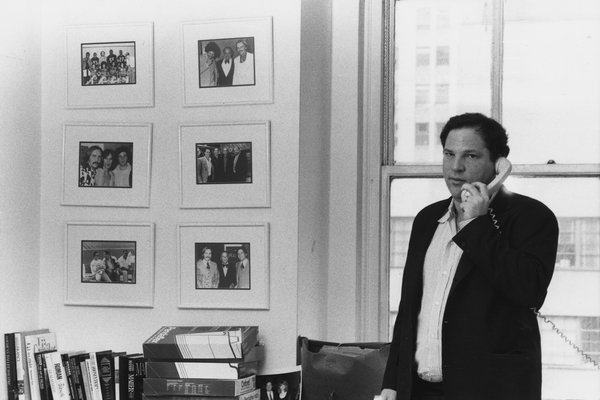 UNTOUCHABLE (2019) Stream on Hulu. It has been nearly two years since investigations by The Times and The New Yorker revealed allegations that Harvey Weinstein sexually harassed or abused numerous women over several decades — allegations, of course, that are credited with sparking the #MeToo Movement. This documentary, directed by Ursula Macfarlane, uses interviews with some of his accusers, alongside journalists and former Weinstein employees, to tell a larger story of how Weinstein went from a childhood in Queens to the position he’s in now: set to go to trial in January on charges of rape and other sex crimes.

THE MATRIX TRILOGY Stream on Hulu and Vudu; Rent on Amazon, Google Play, iTunes, Vudu and YouTube. It’s a particularly good time to revisit the original trilogy, given the news that Keanu Reeves and Carrie-Anne Moss will return for a fourth “Matrix” movie. While the chunky computer screens used for hacking in this series are obsolete two decades later, the recent box office successes of “John Wick” movies suggest that watching Reeves engage in hand-to-hand combat never goes out of vogue.

UNSANE (2018) Stream on Amazon; Rent on Amazon, Google Play, iTunes, Vudu and YouTube. Claire Foy plays a woman who is forced into a psychiatric hospital in this mysterious thriller, which was directed by Steven Soderbergh. Shot on an iPhone, the film introduces Sawyer (Foy), who has recently moved from her hometown and arrived in a new city, where she works an unfulfilling job in a dull cubicle under a creepy boss. We learn that Sawyer left home to escape a stalker. When she goes to seek psychological counseling at a hospital, she gets duped into signing on to stay there for 24 hours. It ends up being a considerably longer visit. In her review for The Times, Manohla Dargis called the film “an effectively nasty, sometimes funny, sometimes grindingly unpleasant thriller.”

Gabe Cohn writes about television, fine art, film and other topics related to culture and the arts. He joined The Times in 2017.