With 15 performances and 84 award categories, it would be an understatement to say a lot went on at the 2020 Grammys. If you were watching at home, you bore witness to many of the televised event’s biggest moments. But the cameras can’t catch everything, and it’s a well-known fact that some of the award show’s highlights actually take place behind-the-scenes — enthralling in just how unexpected and unscripted they are.

There’s no denying that the Grammys were emotionally loaded this year, both in front of and behind the camera. Tragically, that included emotional tributes to NBA legend Kobe Bryant, his daughter Gianna and the seven other people who heartbreakingly died in a plane crash mere hours before the show began.

However, the entertainers involved in Sunday’s ceremony found ways to honor those who were lost while still moving forward with the show as planned. The end result? All the big #hashtaggable moments that wound up trending on Twitter — think Alicia Keys and Boyz II Men paying tribute to Bryant and Tyler, the Creator, setting the stage on fire — as well as a bevy of interesting behind-the-scenes interactions.

Since you tuned in to the show while it live-streamed, let’s explore some of the buzzy stuff that transpired outside of the scope of the telecast.

1. Billie Eilish Speculated About Her Odds

Chatting with MTV on the red carpet before the show began, teen phenom Billie Eilish said she didn’t imagine she’d take home one trophy. Fast forward to the end of the evening, and she’d scored a leading five Grammys — including Album of the Year for “When We All Fall Asleep”, “Where Do We Go?” and Song of the Year for “Bad Guy.”

2. A Moment of Silence 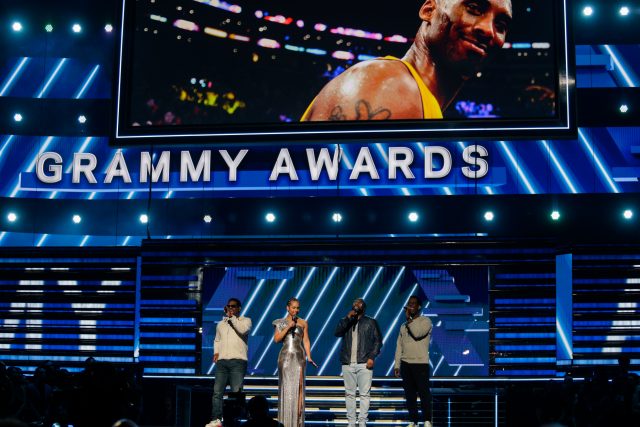 When news broke just prior to the award show that Kobe Bryant and eight others were killed when his private helicopter crashed in Calabasas, California, Grammy producer Ken Ehrlich took to the stage to inform the audience that they would be observing a moment of silence for the fallen sports icon and others tragically lost. “These past couple of weeks have really defined the word pressure. Right up to a few hours ago, we learned five hours ago the tragic passing of Kobe Bryant and we need to have a moment,” Ehrlich said. “Understand that later in the show we will address what happened here today in the house that Kobe built.”

3. The World Reacted to the Loss of a Sports Legend 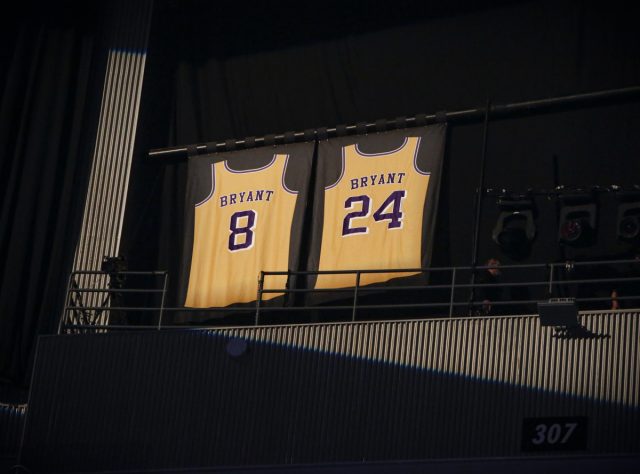 Throughout the Grammys, stars paid tribute to Bryant in their performances and speeches. However, there were other tributes that took place beyond the cameras. Since Bryant played 20 seasons with the Los Angeles Lakers, who play out of the very same Staples Center in which the Grammys took place, crowds gathered outside of the arena to set up makeshift memorials to the late great basketball player. And inside the Staples Center, Bryant’s two retired Lakers jerseys that hang from the ceiling remained illuminated for the entire show — they’re typically dimmed during large events at the venue. 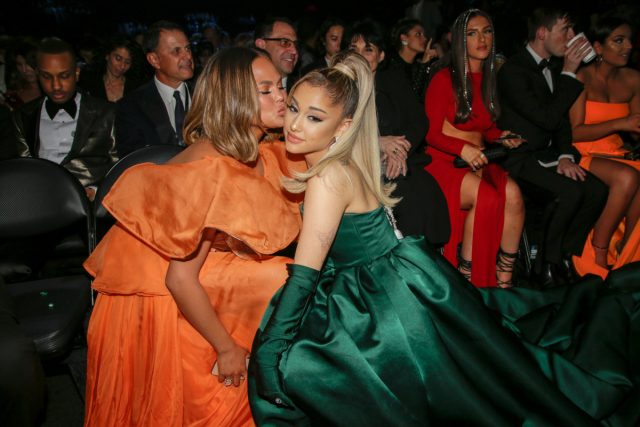 When Chrissy Teigen’s husband, John Legend, wasn’t in his seat, her gal pal Ariana Grande seized the moment to spend a little time with Teigen. And while we have no idea what the two were talking about, it looks funny as hell.

5. The Jonas Wives Mingled, Too 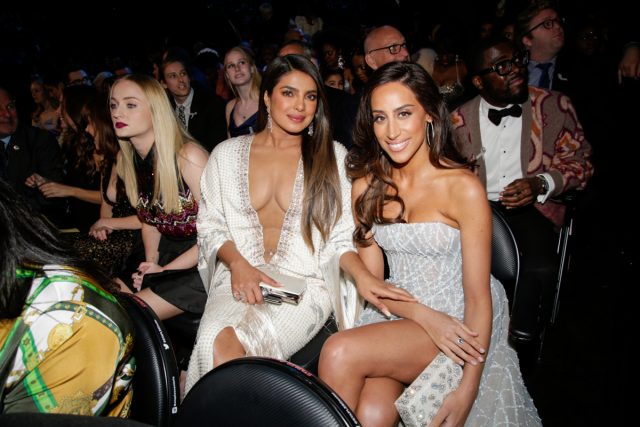 Sophie Turner, Priyanka Chopra, and Danielle Jonas sat together to support their husbands — Joe Jonas, Nick Jonas, and Kevin Jonas, respectively. When the guys took the stage to perform their new single, “What a Man Gotta Do,” Chopra could even be seen doing the video’s choreography from her seat. 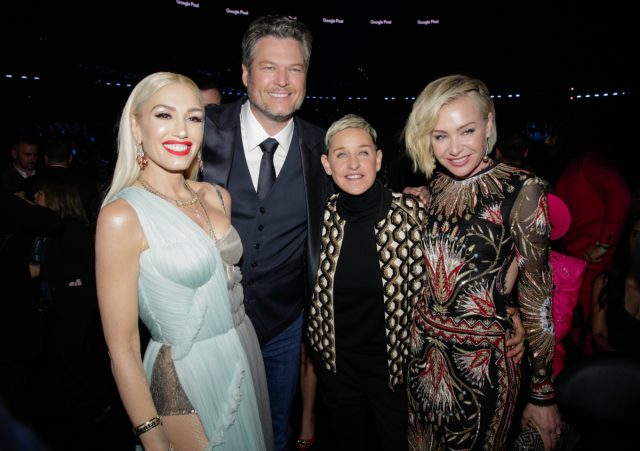 When they weren’t performing their new hit duet “Nobody But You,” Shelton and Stefani were schmoozing with pals like Ellen DeGeneres and Portia de Rossi. Could these four be any cuter?!

Arguably one of the most adorable moments of the night came after the show had already ended. Clearly living their best life at the Grammys after-party, Niall Horan, Lewis Capaldi, Camila Cabello, and Shawn Mendes rocked out to Capaldi’s “Someone You Loved.” Um, they definitely deserve their own golden statuette for this performance.