Painting might be summed up as a process of accretion: You start with a blank canvas and end with a covered one — unless you are Eddie Martinez, for whom the act of adding and subtracting remains in play throughout the making. Mr. Martinez’s assertive-but-sly approach is on view in “White Outs” at the Bronx Museum, a selection of recent, ostensibly white paintings.

Mounted in a long, white-walled space, the show suggests a simulated snowstorm: the artificial version of a natural whiteout. In some works, Mr. Martinez, who started out as a graffiti artist, silk-screens his own drawings onto canvas and paints over the colored forms or outlines them with white paint. The idea of blotted-out forms producing new ones, as in the abstract shapes created by graffiti painted over in public spaces, is suggested in “Earth Colonic” (all works 2018) and “All That Something…,” while “Sand Lines” and “White Blockhead Stack” conjure other line forms, including the whiting out of text.

There are obvious allusions and debts here, to Willem de Kooning — a similarly gestural painter, but also a chronic over-painter and destroyer of his own work — as well as to Robert Ryman's white-on-white paintings and Jean-Michel Basquiat and Joyce Pensato’s graffiti-influenced Expressionism. (Mr. Martinez was also inspired by Robert Rauschenberg’s “Erased de Kooning” from 1953, in which the young Rauschenberg acquired a drawing from the older de Kooning and, using a rubber eraser, reduced it to a near-monochrome.)

This fascination with appearing and disappearing forms is pushed into three dimensions in a series of small sculptures made from everyday objects or constructed with fragments of junk, then bronzed and painted. These sculptures echo Rauschenberg’s and Jasper Johns’s rough-but-exacting execution but add something kind of endearing. Mr. Martinez is like a graffiti-artist coming off the street to quarrel with his heroes, except he’s more about homage than erasure. MARTHA SCHWENDENER 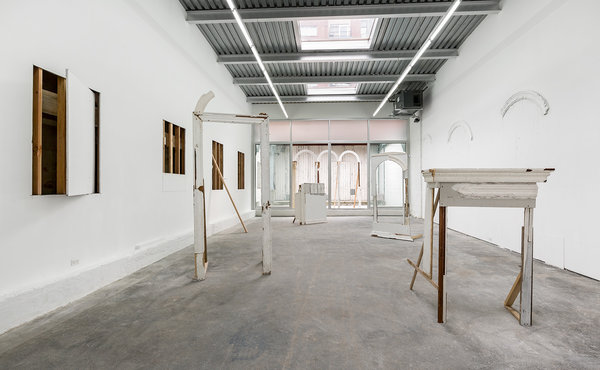 In advance of her solo exhibition at Spencer Brownstone Gallery, the artist Sonya Blesofsky researched the gallery site and found that it had once been an open lot for a headstone business. For her show, “Sneaking into the monument lot from the building on the right,” Ms. Blesofsky has turned the space into a lot of sorts, filling it with archways to nowhere, door frames and makeshift monuments. They look like architectural elements whose purposes, if they were ever determined, have long since been forgotten.

Along one side of the room, the artist has carved out rectangular sections of the wall to create D.I.Y. windows for the series “Fenestration 1” (2018). The openings, which were inspired by the sealed-up windows in the gallery’s backyard wall, showcase the guts of the building: wooden beams, metal wires, insulation. “Fenestration 2” (2018) consists of a series of arches molded on the opposite wall; imperfect and uneven, they crown only the plaster that has dripped and dried below them. On the gallery floor, frames made largely from found wood moldings are propped up like theater flats.

Art spaces today are typically pristine and white, or else abandoned places filled with remnants of their former use. Ms. Blesofsky, who recreates pieces of the built environment in order to study how they reflect history, effectively draws on both conventions. She leaves materials exposed to remind us of the labor and the stories they represent. At the same time, she recognizes the value of the color white as a form of blankness. Moved but not overwhelmed by her creations, we can project onto them imagined memories and our own feelings of loss. JILLIAN STEINHAUER

The title of this engaging four-artist show at Andrew Edlin — “April 14, 1561” — is the date of one of the earliest reported mass sightings of possible U.F.O. activity above Nuremberg, Germany. As might be expected alien spacecraft figure, or seem to, in every work on view. And all the artists had, or have, reasons to believe.

Ionel Talpazan (1955-2015) claimed that when he was a child in Romania, a U.F.O. flew near him, enveloping him in a blue light. He devoted the rest of his life, half of it spent in New York City, to rendering brightly colored spaceships whose revealed interior structures make them resemble elaborately cut gems. Similarly Paulina Peavy (1901-1999), a West Coast artist who encountered a spirit she called Lacamo when she was 31, ascribed all her subsequent, extremely varied artworks to the directions of this spirit muse. The abstractions representing Ms. Peavy here suggest brightly colored embryos or sleek flying saucers drifting among amniotic fluids or intergalactic ethers.

Depicted in a style best described as New Age Grandma Moses, the images have captions like “NASA doesn’t seem to understand this” or “There’s a magnetic field collaps (sic), and we’re out of milk.” Ms. Watson excels at night skies. In “You Are Welcome to Visit (Us Anytime You Want),” clouds line up like a legion of dirigibles to greet a visiting U.F.O. ROBERTA SMITH 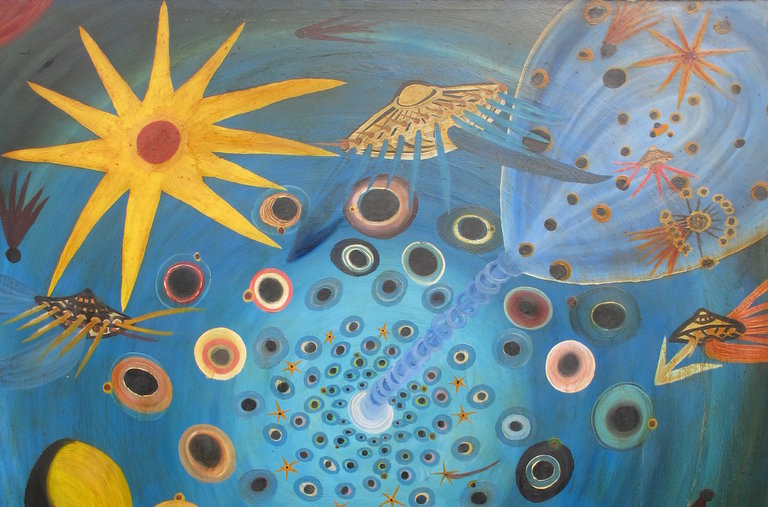 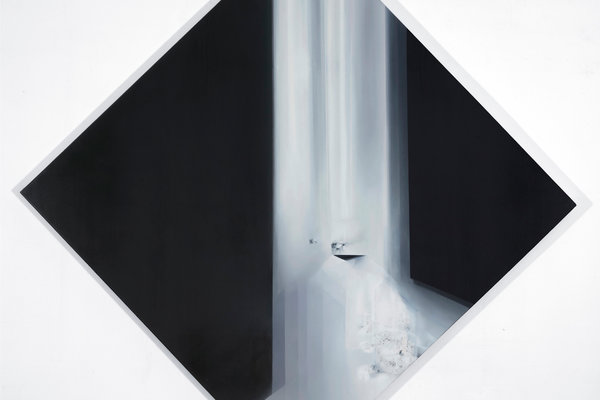 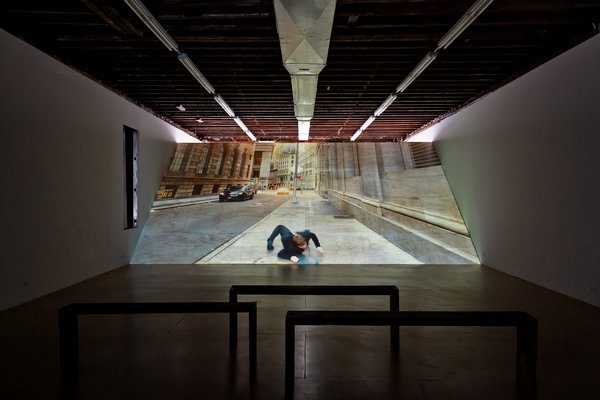