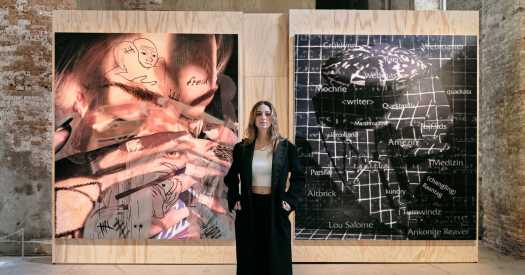 Since its establishment in 1895, the Venice Biennale has served as a bellwether for the international art community. Spread across the Arsenale, a former shipyard, and the Giardini, a meandering garden anchored by a central pavilion — the biannual event centers on a main showcase helmed by a single curator and features a set of national commissions, which occupy the pavilions that can be found within the two venues and sometimes in palazzos farther afield. For this year’s edition, Ralph Rugoff, the director of London’s Hayward Gallery, was invited to curate the main space with an exhibition titled “May You Live in Interesting Times,” which hints at the forward-thinking artists included within.

Across the city, artists took on a wide array of subjects, such as climate change, identity politics and technology’s changing role in our lives. We combed through the offerings to round up several themes — and things worth seeing — throughout the biennale.

[Coming later this spring: the T List newsletter, a weekly roundup of what T Magazine editors are noticing and coveting. Sign up here.] 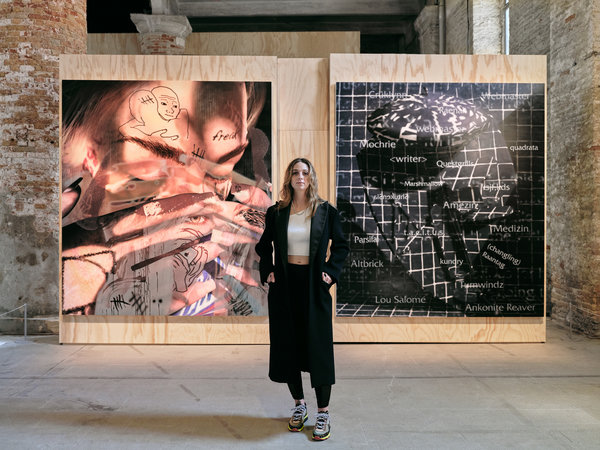 Figurative Painting Is Front and Center

In “May You Live in Interesting Times,” figurative painting plays a central role. An enormous, gondola-dwarfing canvas by George Condo, depicting two toasting figures, greets visitors as they enter the main hall of the Arsenale, setting the scene for the body-centric show that awaits.

The biggest names in figurative painting are here in full force: Henry Taylor, Njideka Akunyili Crosby, Nicole Eisenman and Michael Armitage among them. Their collective imagery reflects a diverse population of both real and imagined faces, which seems to echo the throngs of visitors passing by. The most compelling representational imagery comes from the New York-based artist Avery Singer, whose paintings of airbrushed wood panels include a new untitled work depicting a hyper-real C.G.I. figure covering its face with a set of acrylic nails. “I was thinking about what a photorealist image of a 3-D file would look like,” Singer says of her contribution. “The figure is a kind of language that is inseparable from technique.”

In Many Shows, the Artist Is Not Present

The U.S. and British pavilions typically loom large in the Giardini — and this year is no exception. But rather than luring in audiences with over-the-top theatrics, as in the past, both pavilions feel almost mysteriously empty thanks to the understated sculptures of Martin Puryear in the U.S. pavilion and Cathy Wilkes in the British pavilion. Both minimalist presentations, composed of only a handful of found and manufactured objects, have a sanctuary-like energy that is replicated almost nowhere else in the city. Famously press-shy (and averse to overly describing their work), both artists invite the visitor to bring his or her own interpretations to the symbols and forms laid before them.

In Puryear’s discrete presentation, “Liberty,” the visitor is drawn through the Palladian-inspired architecture of the U.S. pavilion by a series of wood and metal sculptures that feel at once familiar and alien. Each piece draws special attention to the relationship between architecture and power, exemplified by “A Column for Sally Hemings” (2019), a column pierced with a cast-iron stake inspired the story of Sally Hemings.

Moving image is always a main tenet of the biennale, but this go-round, video art is rarely as simple as a singular projection or screen. There are immersive theaters to be found everywhere around Venice, including Motoyuki Shitamichi’s “Tsunami Boulder” (2015-) at the Japanese pavilion, which transports passers-by to the beach by enclosing them on four sides with a black-and-white film of waves lapping the shore, or Hito Steyerl’s circumambient LED presentation in the Giardini’s main pavilion, which envelopes the viewer in an undersea environment with a triptych of curved, overlapping televisions suspended from the ceiling.

Investigations with Sculpture in Motion

Video isn’t the only moving-image experience available at this year’s biennale. There also seems to be a surge of artists interested in kinetic sculpture and the way that motion can animate a form. In one room of the Giardini’s main pavilion, curated by Rugoff, the viewer’s senses are attacked on all sides, first by Shilpa Gupta’s untitled security gate, which swings back and forth on its hinges, hitting a wall with a gut-wrenching clang, and then by a lifelike motorized cow by the singularly named artist Nabuqi, which infinitely chases itself in a circle on a set of toylike rails. The motions become more frantic when you encounter one of the several holograms in “May You Live in Interesting Times,” including “L’Ange du Foyer (Vierte Fassung),” a flailing angel by the Berlin-based artist Cyprien Gaillard, which whirls ad nauseam in the dark, projected in what appears like midair.

The concept of kinetic theater is fully realized in the Belgian pavilion, where collaborators Jos de Gruyter and Harald Thys have mounted “Mondo Cane,” an installation of mannequin-size figures that execute a series of daily tasks — painting, knitting, kneading — in disjointed, robotized concert. Perhaps the most arresting presentation of all is found in the red-lit basement of the Russian pavilion, where the set designer Alexander Shishkin-Hokusai has mounted his own plywood homage to the State Hermitage Museum, replete with a leaping, faceless audience that is triggered every five minutes by a centralized motor. “Sometimes you can feel lonely in the museum — just you and the piece of art,” Shishkin-Hokusai says. “The kinetic aspect of this work helps alleviate that feeling and also alludes to the way one sometimes gets the desire not just to look at a work but jump inside it.”

This year’s biennale feels especially flush with creative partnerships and duos. In “May You Live in Interesting Times,” the artists Sun Yuan and Peng Yu partnered on a robotic paint brush (previously on view at the Guggenheim), which hypnotizes audiences with its obsessive strokes. In the Brazilian pavilion, Bárbara Wagner and Benjamin de Burca worked together on “Swinguerra” (2019), a video and complementary static image set that celebrates the competitive world of swingueira, a hybrid dance style originating from the sports courts of Recife, Brazil, where large groups practice motions that conjure samba’s fluidity, house’s rhythms and the neat, coordinated rows of square dancing. Pulsing throughout the space, the pseudo-documentary highlights the joy of group synchronicity and friendly competition.

“In some ways, art is always a collaborative process,” says Korakrit Arunanondchai, who is showing in the main pavilion of the Arsenale with his collaborative partner of six years, Alex Gvojic. “There is an obsession in the art market to pinpoint authorship, but in reality, ideas are always shared.” Arunanondchai and Gvojic’s piece, “No history in a Room Filled With People With Funny Names 5” (2018), certainly embodies this philosophy: It brings together a fictional narrative of boys playing in a cave, footage of Arunanondchai’s grandparents and the artists’ regular third partner and performer, Boychild, and the myth of ghost cinema where Thai spiritualists conjure projections in the jungle. “I think when we started working together, there was more of a desire to stake out one’s territory,” Gvojic admits. “With every project, though, I’ve felt that ego trip disappear. When working together, you realize that the best thing for the work is to actually let go of control and make space for everyone to have creative freedom.”

A Home for Art

Outside the gates of the Arsenale and Giardini is a constellation of satellite exhibitions that enrich the experience of attending the Biennale. Two shows of note look at the way interiors can function as a kind of theater. At Carpenters Workshop Gallery’s Venetian outpost, the designer Virgil Abloh addressed climate change through his latest furniture project, titled the Acqua Alta collection, a series of chairs and benches that seem to sink into the floor. Juxtaposed with views of the canal, whose water levels are on the rise, these dysfunctional metal sculptures mimic the sense of unease that can be felt throughout the city, especially in the metal bridges stacked in its roads in response to the frequent flooding.

Not far from the Giardini and Arsenale, at the local gallery Alma Zevi, the curator Clara Zevi tapped the American architecture and design firm Charlap Hyman & Herrero to create an installation of furniture that highlights the dexterity of Venice’s craftsmen. The resulting installation, “Ouvrez-Moi,” takes its inspiration from a scene in Jean Cocteau’s 1930s fantasy “The Blood of a Poet,” in which a man enters a mirror as if it were a pool. This dream plays out in a series of etched mirrors, vases and tables that trick the eye by layering moments of transparency and reflection. “This is a scene Andre and I have returned to again and again,” Adam Charlap Hyman says, referring to his creative partner, Andre Herrero. “How often does one get to create work that stays between the dream and reality of perception?” 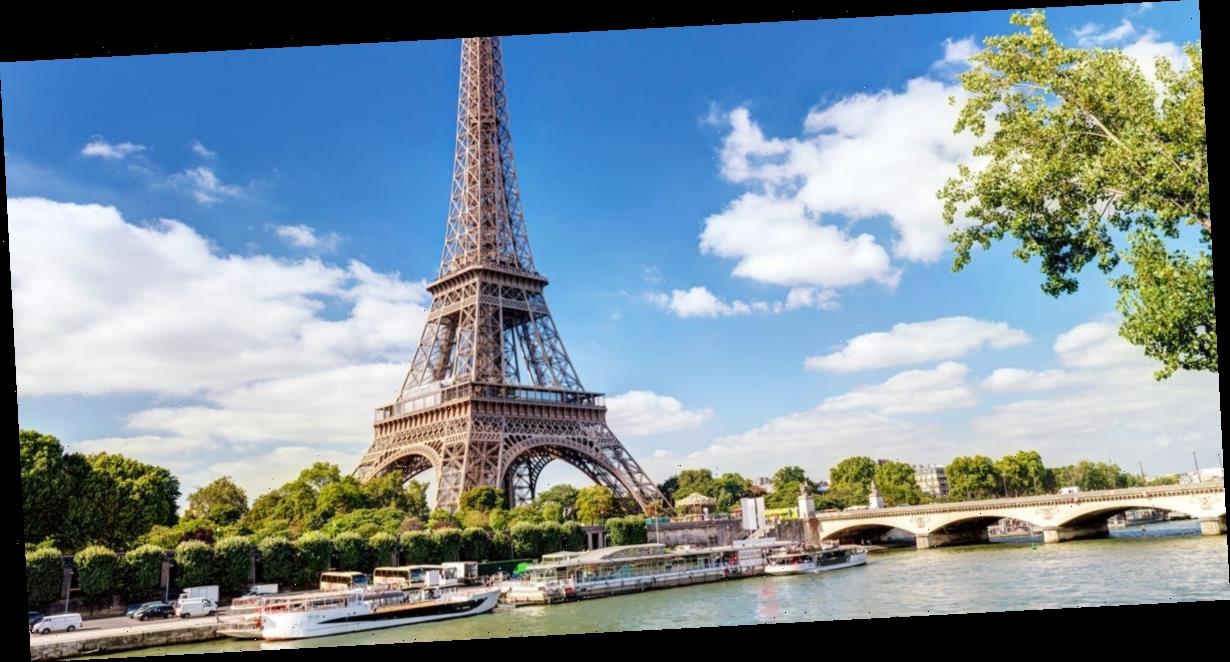 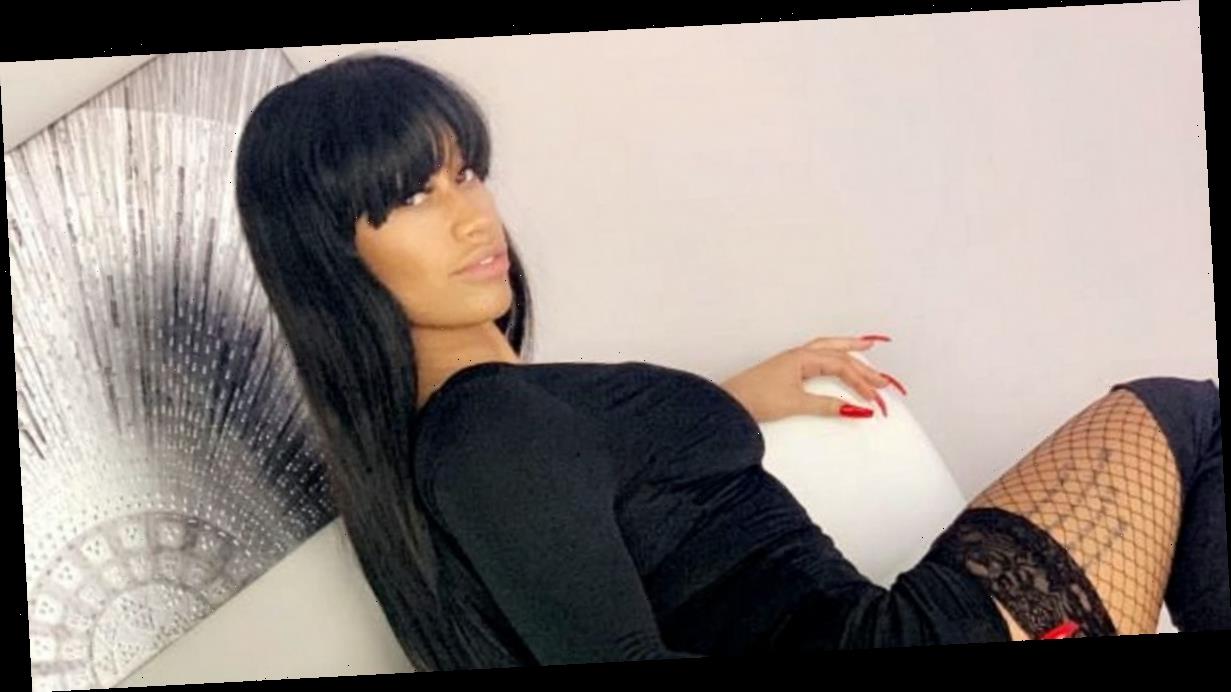 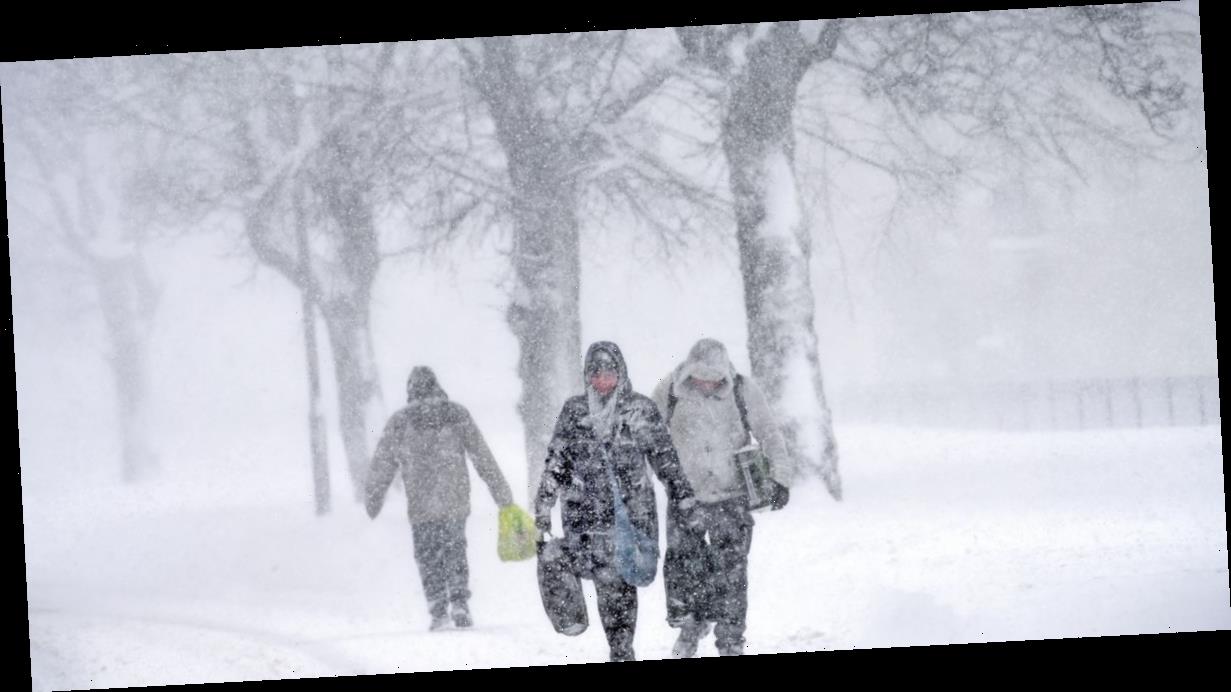 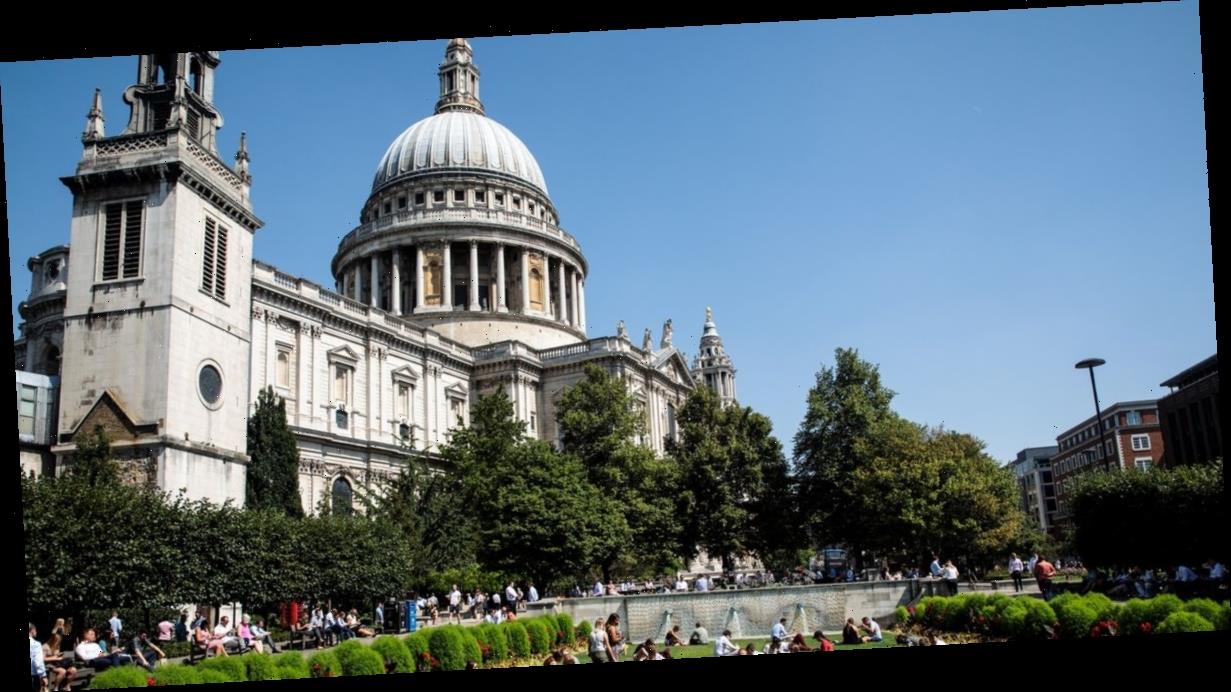 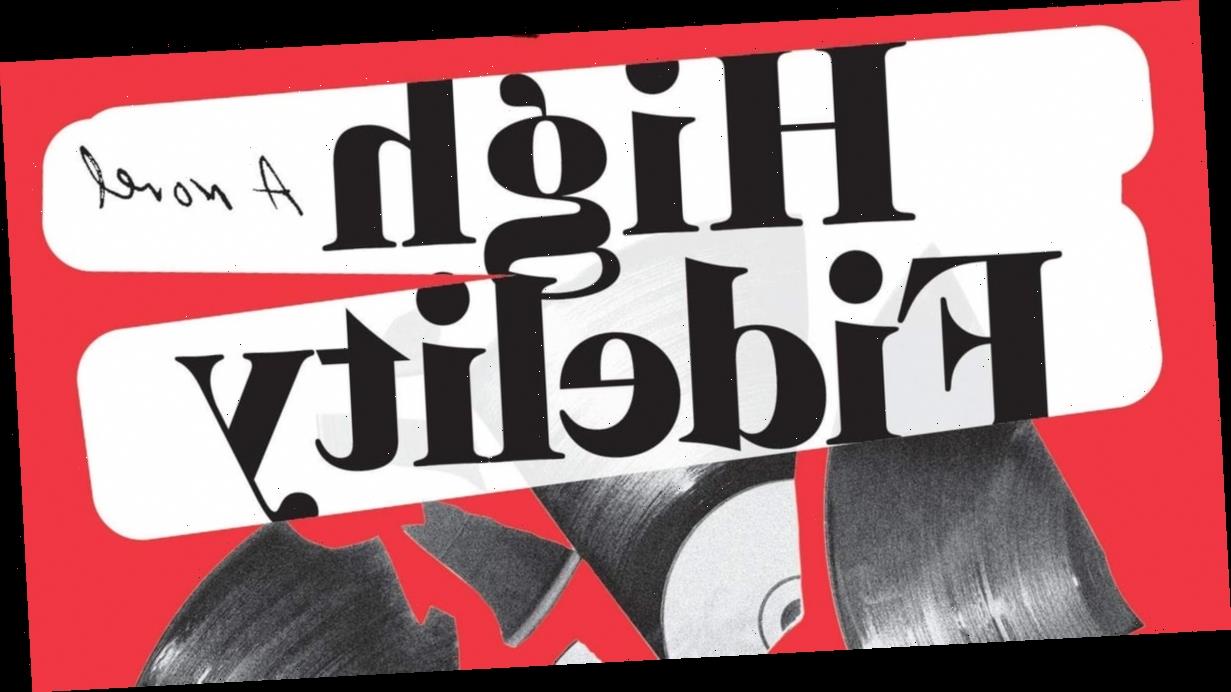 You Should Read High Fidelity — But If You Don't, Here Are the Top 5 Plot Spoilers 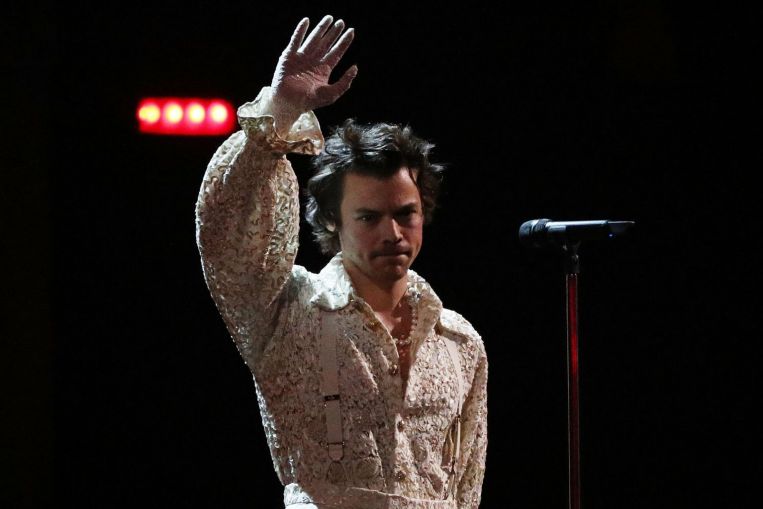 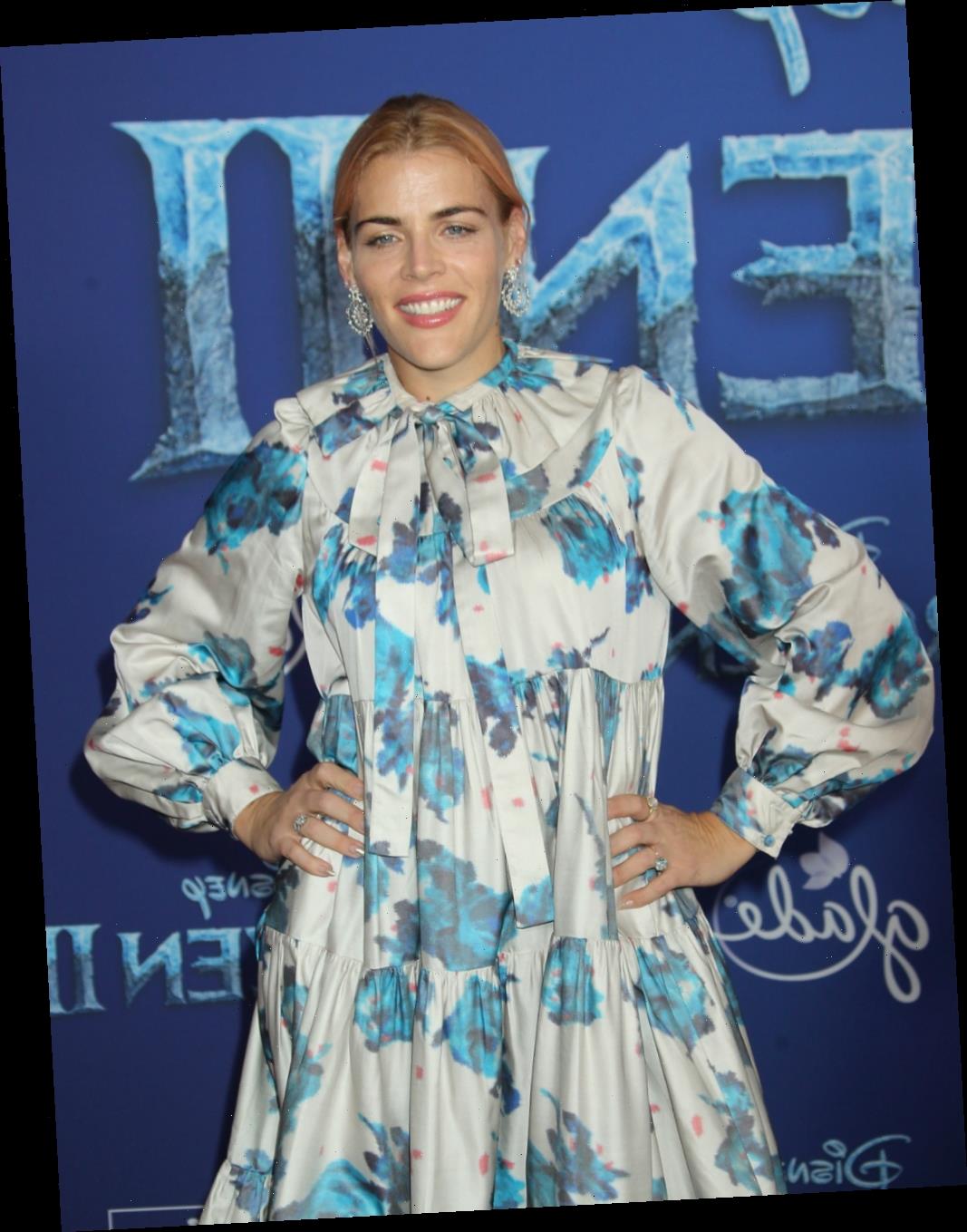 Busy Philipps: We can’t all look airbrushed and facetuned 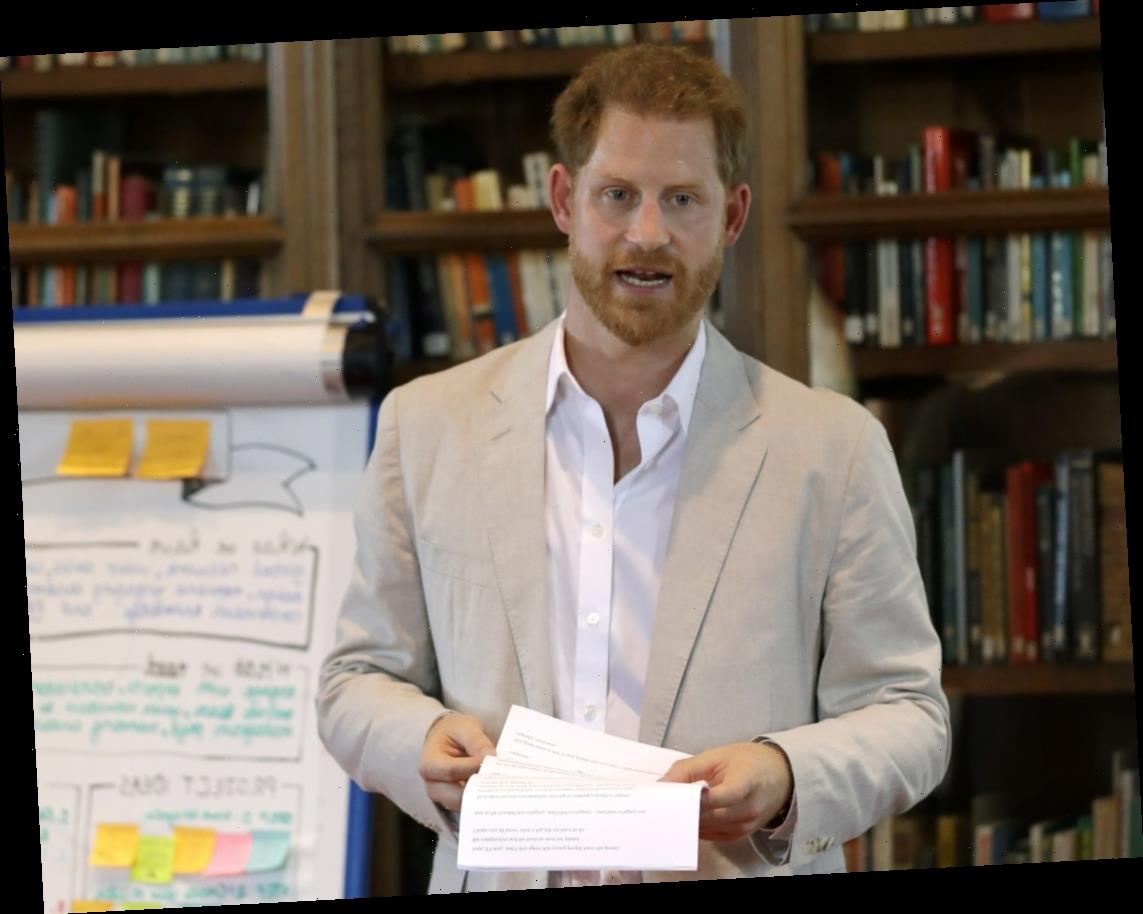 Did you hear that ‘a door is being left ajar’ for Prince Harry and only Harry? 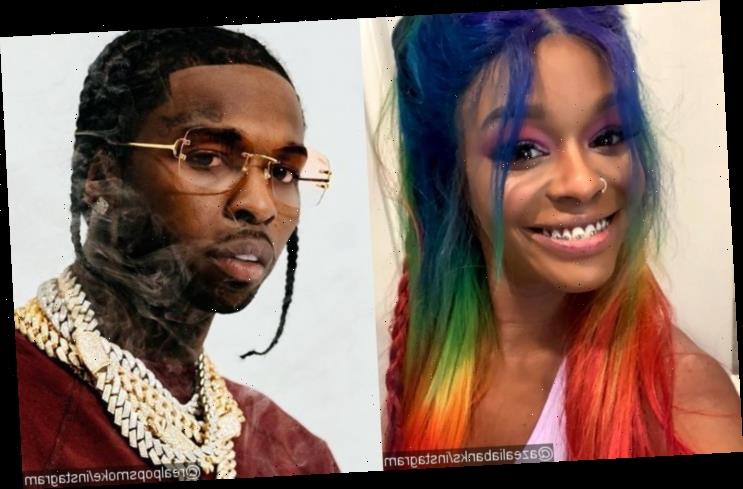 Azealia Banks Tells Haters Criticizing Her Pop Smoke Tribute to ‘Go Die of Aids’
We and our partners use cookies on this site to improve our service, perform analytics, personalize advertising, measure advertising performance, and remember website preferences.Ok