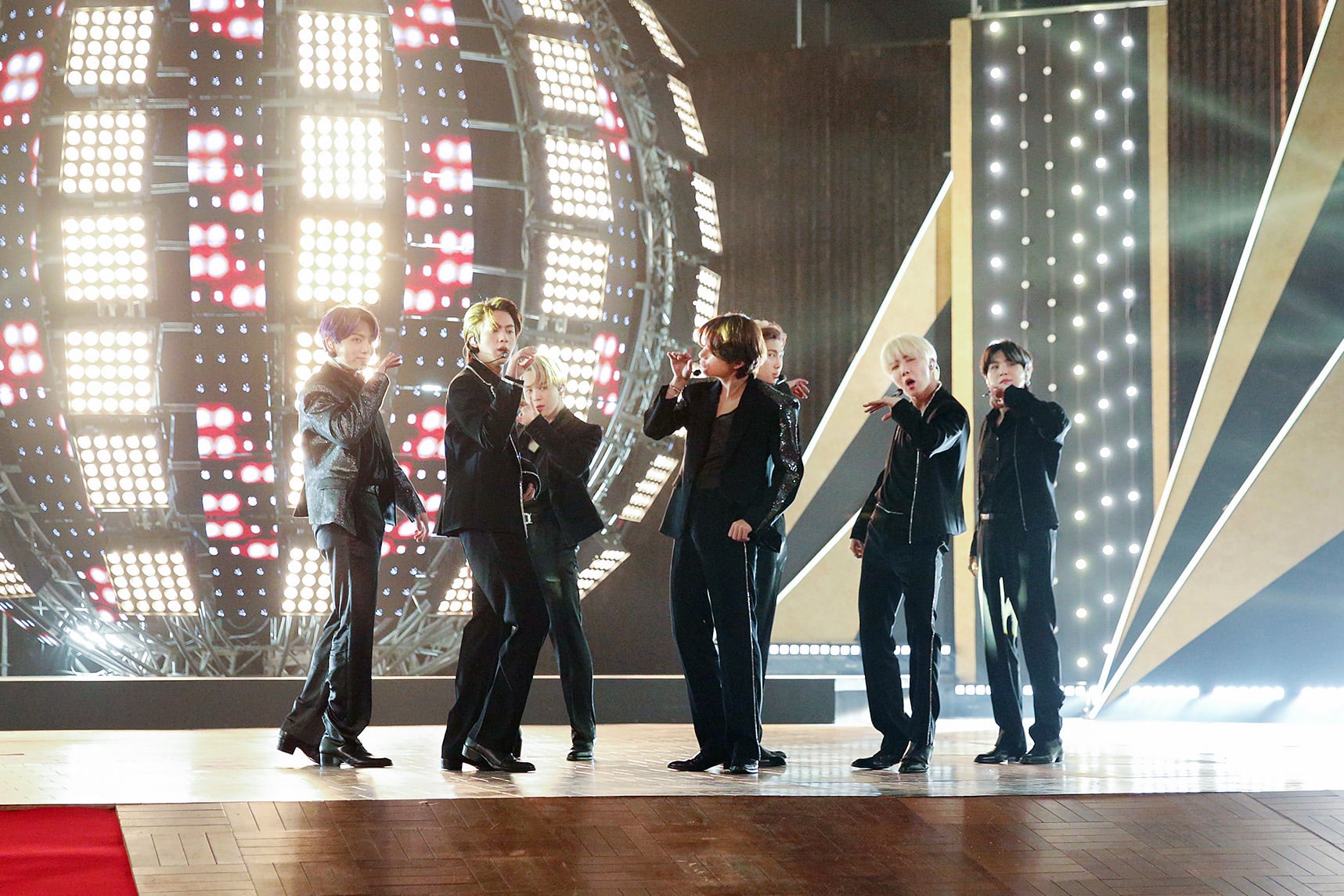 It’s been one heck of a busy week for BTS! Just two days after releasing their highly anticipated single “Butter,” the K-pop group performed the groovy track for the first time during the Billboard Music Awards on Sunday night. Wearing coordinating sparkly suits, the boys sang the English-language bop and crushed some on-point dance choreography remotely from their home country of South Korea, setting up their own red carpet and stage for the occasion. They’re nothing if not wildly dedicated to the craft!

BTS won all four awards they were nominated for at this year’s ceremony, including top duo/group, top song sales artist, top selling song (for “Dynamite”), and top social artist, the latter of which the beloved band has won for the last four years in a row. They weren’t the only musical performances of the night, as the Jonas Brothers, Pink, Alicia Keys, and more also took the stage during the show. Watch a clip from BTS’s performance below, and prepare to melt like, well . . . butter.

The world TV debut of “Butter” by BTS is HERE❗️
Watch the Billboard Music Awards on NBC.