After Democrats argued that the president is a “danger to the country,” Trump’s team now has 24 hours over three days to make his case. 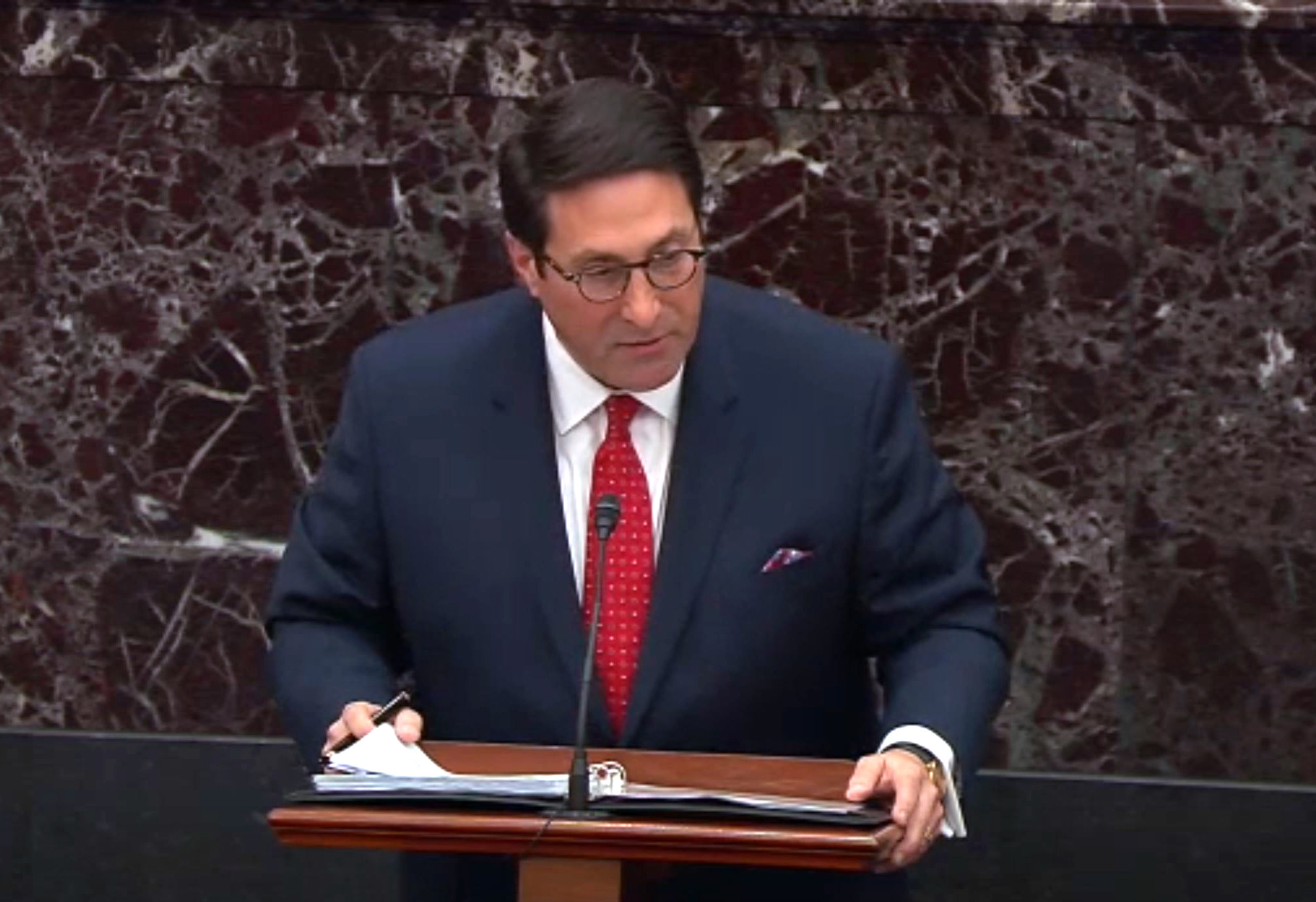 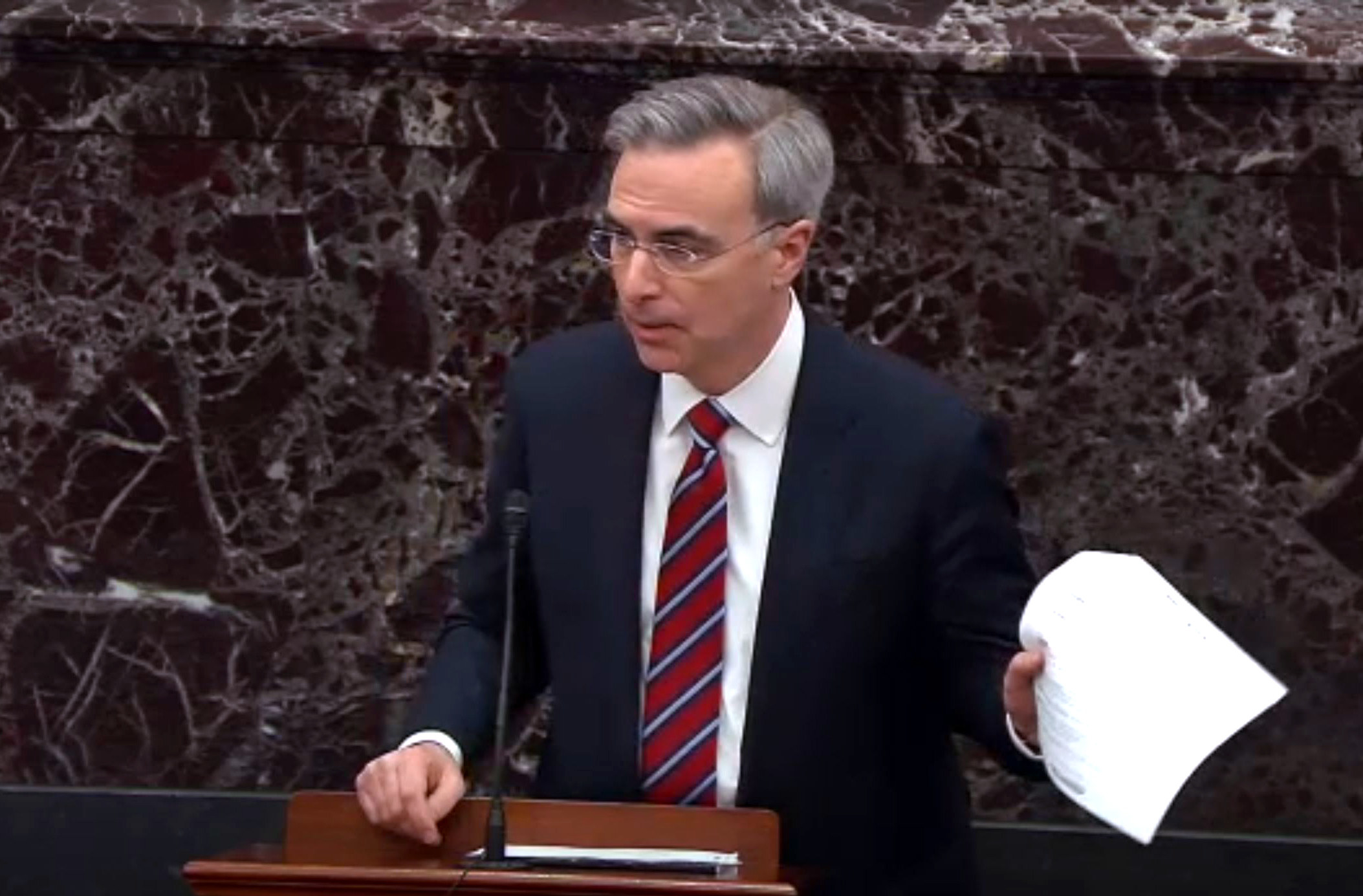 WASHINGTON — President Donald Trump’s defense team began presenting their case to the Senate on Saturday, offering a two-hour attack on Democrats and the impeachment process that ignored certain evidence and highlighted a debunked conspiracy theory.

Saturday was day five of the impeachment trial to determine whether to remove Trump from office. The defense will resume Monday.

One of their key arguments on Saturday was that Democrats did not present crucial evidence during their nearly 24-hour presentation over three days.

About an hour into their own presentation, Trumps defense did exactly that.

Mike Purpura, deputy White House counsel, accused Democrats of not showing impeachment testimony that Ukrainian officials were unaware of the freeze on security assistance at the time of the July 25 telephone call between President Trump and President Zelensky.

He showed a montage of testimony from four US officials saying they only received calls from Ukrainians about the security assistance after a story was published in Politico on Aug. 28. This lack of knowledge on the part of the Ukrainians at the time of the call, Purpura argued, meant it would not have been possible for Trump to be extorting them to open an investigation into the Bidens in exchange for the aid. “There can’t be a threat without the person knowing he’s being threatened,” Purpura said. “There can’t be a quid pro quo without the quo.”

But Purpura did not show testimony that indicated the Ukrainians were in fact aware of the security assistance freeze at the time of the call.

Defense Department official Laura Cooper testified in November that two unclassified emails sent from the State Department to the Pentagon just hours after the call focused “on the issue of Ukraine’s knowledge of the hold or of Ukraine asking questions about the possible flow of assistance.”

And a former Ukrainian foreign official, Olena Zerkal, has also said she read a cable from her country’s embassy in Washington in July about the security freeze. “We had this information,” Zerkal told the New York Times. “It was definitely mentioned there were some issues.”

After the hearing, Sen. Chris Murphy, a Democrat, told CNN that Republicans ” continue to make this claim that Ukraine felt no pressure, and that’s just nonsense.”

“I have been working on US/Ukraine policy for the better part of the last decade. I was hearing in the spring from my contacts who were visiting Ukraine that they were feeling pressure the minute that Rudy Giuliani showed up and started demanding investigations into the Bidens,” he said. “Of course, it would stand to reason that the Ukranians were feeling pressure when the president is telling them, ‘The one thing I care about is doing investigations into my political opponents.'”

The Impeachment Today podcast gets you up to date with the day’s most important impeachment news. Catch up on all the episodes, or subscribe on the iHeartRadio app, Apple Podcasts, Spotify, or wherever you listen to your favorite shows.

In an effort to depict Ukraine as a corrupt country that rightfully concerned Trump, Sekulow hinted at a debunked conspiracy theory that Ukraine interfered in the 2016 presidential election.

“Let me be clear, the [Democrat] House managers over a two-hour period kept pushing this false dichotomy that it was either Russia or Ukraine, but not both,” he said.

But US intelligence officials have found no evidence to support the theory that Ukraine interfered in the US election — a conspiracy the Associated Press found was first floated online during the 2016 election, later amplified by Russian President Vladimir Putin, and then pushed by Trump himself.

In her November testimony, Fiona Hill, the former senior director for Europe and Russia on the National Security Council staff, warned lawmakers not to “legitimize an alternative narrative … that Ukraine — not Russia — attacked us in 2016.”

“This is a fictional narrative that has been perpetrated and propagated by the Russian security services themselves,” she said.

And last month, FBI Director Chris Wray said, “We have no information that indicates that Ukraine interfered with the 2016 presidential election.”

After the day’s hearings, Sen. Joe Manchin, a West Virginia Democrat who often comes under pressure from the right, said he thinks Trump’s attorneys were “succinct and spoke what they believe would be effective. I think they did a good job.”

Trump’s defense also focused heavily on attacking the process of impeachment, echoing a common Republican talking point that Democrats, not Trump, are trying to steal an election by impeaching him. “They’re asking you to remove President Trump from the ballot in an election that’s occurring in approximately 9 months,” Cipollone said. “They’re asking you to tear up all of the ballots across this country on your own initiative take that decision away from the American people.”

White House lawyers attacked the House impeachment inquiry by saying it was made up of selective leaks and staged public hearings of hand-selected witnesses, and that the president’s legal team was shut out. “If you were really confident in your position on the facts why would you lock everybody out of it from the president’s side?” said Cipollone.

White House lawyers were not allowed to participate in the first stage of the inquiry, when the House Intelligence Committee took closed-door depositions from witnesses. But the White House was invited to take part in the public hearings in the Judiciary Committee. The Trump administration refused to take part.

Trump’s team also went after lead House impeachment manager Rep. Adam Schiff — just as he predicted they would Friday night. In one of their first arguments Saturday morning, the defense team played a clip of Schiff paraphrasing Trump’s July 25 call with Zelensky during the House’s investigation, a clip that Republicans have harped on for months as evidence that Schiff is lying to get Trump out of office.

But even in the segment Trump’s lawyers played Saturday, Schiff says he is not directly quoting Trump: “Shorn of its rambling character and in not so many words, this is the essence of what the president communicates,” he said, going on to describe Trump essentially asking Zelensky “to make dirt on my political opponent, understand?”

“That’s fake,” Sekulow said after playing the clip, suggesting it was inappropriate. “We can shrug it off and say we were making light or a joke but that was in a hearing in the United States House of Representatives discussing the removal of the president of the United States from office. There are very few things if any that can be as grave and serious.”

Sekulow, Trump’s personal lawyer, told reporters Friday that their overall case will focus in-part on former Vice President Joe Biden and his son Hunter, who served on the board of Burisma, a Ukrainian gas company. He also name-checked a handful of conspiracy theories related not only to the Bidens, but to FBI, the Democratic National Committee, and the creation of the Steele dossier — an unverified document prepared for Trump’s political opponents during the 2016 election, which BuzzFeed News first published after Trump and then-president Barack Obama had been briefed on its contents.

House Democrats — acting as prosecutors in the impeachment trial — laid out their case to support two articles of impeachment earlier in the week: abuse of power and obstruction of Congress. On Wednesday, Democrats laid out a timeline of Trump’s abuse of power when the president made the decision to withhold military aid to Ukraine in exchange for the government agreeing to investigate his political rival Joe Biden and his family. On Thursday and Friday, Democrats focused on how the president’s actions violated the Constitution.

Following the defense’s two-hour presentation, senators were essentially split by party, with Republicans praising the president’s team and Democrats largely criticizing them.

“I think it was pretty impressive that they took the record that was produced by Chairman Schiff and use that record to show that he was cherry-picking his presentation. … I think it’s a miscalculation to act like we won’t hear the whole story later on,” Senate Majority Whip John Cornyn told reporters as senators left the Capitol.

Several Republicans hammered away at House Democrats for using nearly all of their 24 hours of argument to make their case, often keeping senators in session late into the evening. “You ask any senator, even the ones on the other side of the aisle, you did not need 23 hours to regurgitate, repeat & re-market,” Sen. Mike Braun told reporters.

Still, two Democrats were somewhat complimentary of the president’s team: Montana Sen. John Tester and West Virginia Sen. Joe Manchin. Manchin said he thinks Trump’s attorneys were “succinct and spoke what they believe would be effective. I think they did a good job.”

“I think they made some good points,” Tester said. “But we’re not done.” 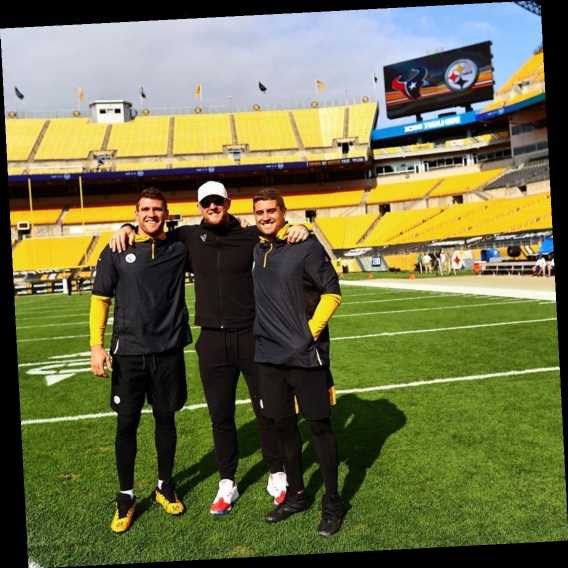