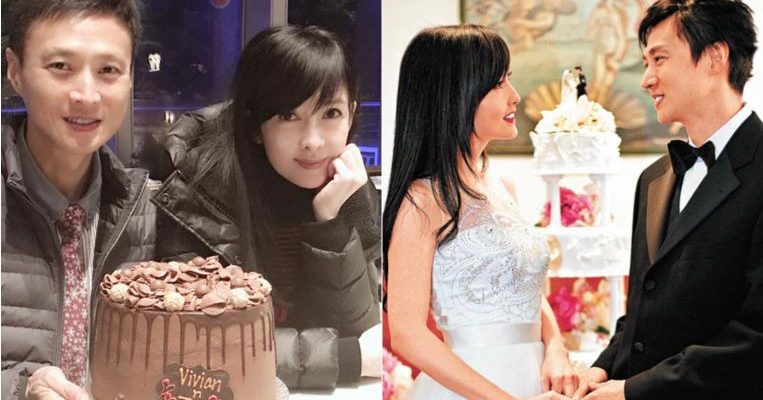 SINGAPORE – Fans speculated more than once that their relationship was doomed.

Shortly after midnight, Chow posted a photograph of her with Nieh, who was holding a cake decorated with the words “Vivian n Joe”, surrounded by frosting hearts.

The photo, which appeared on Chow’s Facebook and Instagram accounts, was captioned “Once upon a time…happily ever after. Just to make a long story short. Our 10th Wedding Anniversary!”

Fans congratulated them on their relationship and marvelled at their ability to remain youthful.

Instagram user vichelly1983 wrote: “Both you and Joe still look good as ever! Here’s wishing both of you ‘A Long & Lasting Love’.”

Another user, wxt022000, wrote: “How do you stay so young? I’m like 20 years younger than you. I see myself ageing daily but you look the same.”

Once upon a time… …happily ever after. Just to make a long story short. Our 10th Wedding Anniversary！?? #Jan5

Once upon a time… …happily ever after. Just to make a long story short. Our 10th Wedding Anniversary！?? #Jan5

Despite her age, 90s pop icon Chow is known for her seemingly eternal girlish looks. In October 2018, her appearance on China’s Mask Singer Season 3 was met with Chinese netizens praising her complexion and figure.

Chow, who was once dubbed “The Sect Leader of Virginal Maidens” for her squeaky-clean image, has been together with Nieh for around 30 years.

However, their relationship was not always smooth sailing.

In 2008, Nieh was photographed kissing a college student while he was at a club. While Nieh later claimed he had been drunk and did not even know the girl’s name, this led to him and Chow, who had been dating for 19 years at the time, announcing that they would part ways.

But to the surprise of many, the pair got back together within a week and tied the knot the next year.

In 2014, various Hong Kong media outlets reported that the couple’s relationship was on the rocks, with Nieh and Chow sleeping in separate rooms. Chow dismissed the claims.

She acted in her first TV drama in 1990 but took a break from showbiz in 1997 when her contracts expired.

Since then, she has returned to stage occasionally and made several appearances in films, the most recent being Cafe. Waiting. Love in 2014. She also released a gospel album the same year.