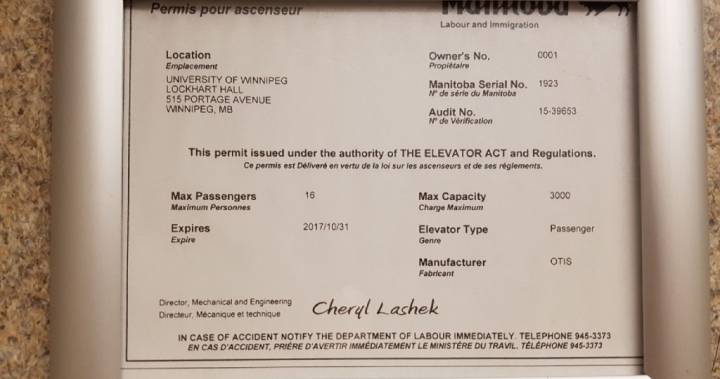 A very familiar Manitoba name is about to disappear from local elevators, and social media users have a lot to say about an unexpected local celebrity.

Civil servant Cheryl Lashek became a viral sensation in 2017 when her instantly-recognizable signature – which appears on the safety permits in every local elevator – led to an Instagram fan page which now has almost 2,000 followers.

Unfortunately for Lashek’s fans, however, the iconic permits will soon be removed from Manitoba elevators – reportedly on April 1.

Lashek fans are reacting online with the same passion that initial made her signature a viral sensation, sharing their memories and their ideas to commemorate Lashek’s signature – everything from a tattoo to a proposed documentary film.