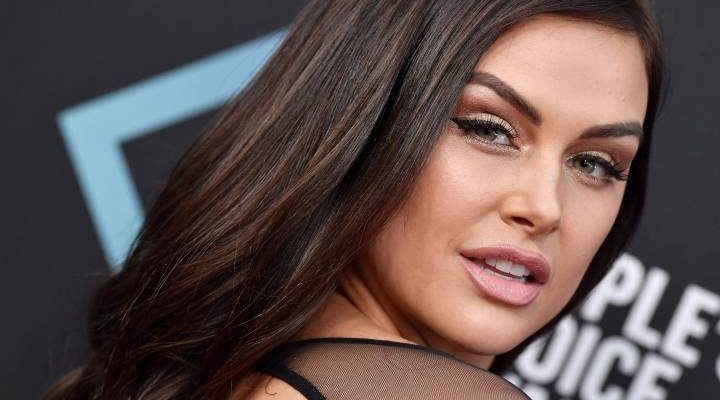 Vanderpump Rules is back with Season 7 and that means the cast of the hit reality-TV series has a lot to share with their fans.

With the anticipated opening of TomTom, Lisa Vanderpump channels her energy into making sure her newest venture is the epitome of perfection.

But when last-minute problems arise, she must assign more responsibility to her junior partners Tom Schwartz and Tom Sandoval – whether they’re ready or not.

Jax Taylor finally proposes to girlfriend, Brittany Cartwright, after a rollercoaster of a year. After a painful breakup, Stassi Schroeder bounces back with an exciting new business deal, an eccentric new boyfriend, and a surprising friendship with Ariana Madix.

After being the target of body-shaming comments, Katie Makoney takes a stand for the women of SUR and delivers an ultimatum to Vanderpump that sends reverberations throughout the entire restaurant.

Normally fun and lighthearted, Lala Kent struggles with the sudden death of her father. And of course, still the resident DJ, James Kennedy stirs up trouble when an ill-conceived rap lands him in hot water with the group.

Global News spoke to Kent about her engagement, being part of one of the most iconic moments in the show — “it’s not about the pasta!” — and much more.

Global News: Congratulations on the engagement Lala! Did that happen while you were shooting and will fans see it on the next season of Vanderpump Rules? Or was it part of your private life?
Lala Kent: That was a part of my private life. It’s spoken about on the show but as far as the proposal, it’s not featured.

You have such an amazing outlook on female empowerment and I think when you came into the show, you helped flip how the other girls treated each other once they finally stopped shutting you out. Do you have any defining moment on that show where you felt like your sense of female empowerment helped a certain situation? On camera or off?
For me, I feel like you see a very different side of me. I’m grieving the loss of my dad. But women empowerment, that’s just a part of my life. And I like for women to support women and I’m always going to stand up for that. So there are moments where you do catch that side again.

How did it feel to be part of one of the most iconic moments in the show? Of course, that was the whole, “It’s not about the pasta” moment. Rihanna even posted that clip to her Instagram story.
The fact that Rihanna watches our show and posts about… I’m a huge fan of hers. The fact that she even knows about that scene, in particular, is insane because you know during that moment when it was happening, it was like I felt the world was ending. And then watching it, I’m like, ‘This is money. It’s pure gold.’ So when I see the memes that people post and people walking around in aprons that say, ‘It’s not about the pasta.’ I still have people sending me these things — it’s like it went down in the history of pop culture.

It really did. And you were so calm in the moment outside too, speaking to James. It just made it that much better. And you’re not friends with him this season. Is there ever a chance that you two will become friends again or has he crossed the line for good?
At this point in time, I don’t see a future for our friendship. I was very hurt by things that he said and did in the past. I think as of right now, no. He would have to make amends with a lot of different people besides me because I have a lot of people in my life who are not very into James Kennedy so it’s just not conducive for him to be in my world right now.

I think that is very fair to say. You have such confidence and it is so amazing to see because you went through a lot on the show. What is your best tip for people to feel confident?
I think confidence is something that you obviously have to reach on your own. But I think mine comes from having a purpose in life. I make sure that I volunteer in various aspects, whether it’s for the animals or at a homeless shelter. I find that my confidence comes from doing things that are bigger and greater than I am. And I think my mom instilled that in me. She works for the Humane Society. Before that, she worked with special needs kids. So when I pay tribute to her for my confidence level, it really does come from, you know, believing in something that’s more important than yourself, if that makes sense.

That totally makes sense. And I think you are such a talented singer and performer. Your showcase last season was amazing. Will we be hearing any new music from you on the show?
Thank you, you are so nice! Yes, this season I have two more songs that I come out with. One is like a very feel-good song and the other one is more somber and about my dad. But you’ll definitely get to see me perform and in the studio which is like my therapy. I love any time that I can create something. That’s a part of this season for sure.

Faith [Stowers] branched out from Vanderpump Rules and went onto Ex on the Beach and The Challenge on MTV — is that something you would want to do?
I like being on Vanderpump. It’s my squad so I don’t see myself venturing out to any other reality-type show just because this is my real life. These people that are on this show with me are also in my life on a daily basis or whether there’s a camera or not. So no, I wouldn’t and I’m happy where I am. No other reality TV for me.

What are you excited for viewers to see this season?
I’m excited for people to see how Jax [Taylor] just completely changed in so many great ways. Their engagement is the sweetest thing and I’m also excited for people — I guess it’s not really excitement but it’s something that I hope people can watch this season — to see me with my grieving process with my dad. I just hope to shed light and teach people that there is no right or wrong way to grieve. There is absolutely a healthy way and I just hope that I reach people in a way that they can respond if they’ve been through such a great loss. That’s what I’m hoping for this season.

There was a lot of loss going on throughout the cast this season too. Did that make it easier or harder for you to film during that time because of your loss as well? Or did it help to just have all those people around you?
I would say having them around me helped so much because when you’re around people that have suffered loss in the same way you have, they’re more understanding of just how you can be OK one moment, and the next moment, you’re mad. I’m still going through my grieving process. Where it started, I was just completely in shock and then I got angry about it. To share it with people who have been through it, it’s nice to know they’re not judging you.

What are you most looking forward to in 2019?
I’m excited for 2019 because I know that I’ll finally have a date on the books from mine and Rand’s wedding. I’m excited that Give Them Lala Beauty will be expanding. And there’s just so many irons in the fire for me right now. We start filming The Row 2 in 2019. So those are the three things I’m most excited about.

It’s going to be a really busy year for you.
It is! I’m ready to take it on, man.

If you could sum up this season in one word, or a hashtag, what would it be?
I would sum it up in a hashtag and it would say #WelcomeToTheCircus.

(This interview has been edited and condensed.)