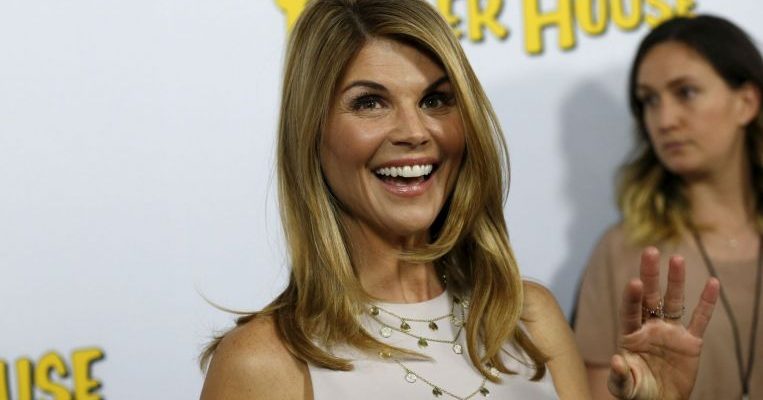 LOS ANGELES (AFP) – US actress Lori Loughlin surrendered to authorities on Wednesday (March 13) and was to appear in a Los Angeles court to face charges in a massive college admissions scam involving other celebrities and top industry chief executives.

The Fuller House star and her husband, designer Mossimo Giannulli, who has also been charged in the case, allegedly paid US$500,000 (S$680,000) in bribes to ensure their two daughters were recruited to the University of Southern California rowing team even though the pair did not participate in crew.

FBI spokeswoman Laura Eimiller told AFP that Loughlin, 54, surrendered to FBI agents early Wednesday after returning from Vancouver, where she was filming, and she is set to be arraigned later in the afternoon on fraud-related charges.

Giannulli appeared in court on Tuesday and was released on US$1 million bail.

The couple were among 50 people indicted on Tuesday in a scam to help children of the American elite gain entry into top US colleges.

Desperate Housewives star Felicity Huffman, who has also been implicated in the scandal, was arrested by FBI agents at her home on Tuesday and later released on bail.

The 56-year-old actress and her husband William H Macy, the star of Showtime’s hit series “Shameless,” allegedly paid US$15,000 for their eldest daughter to perform well on a college entrance exam. Macy was mentioned in the case but has not been charged.

The mastermind behind the plot, William “Rick” Singer, has pleaded guilty in the case and is cooperating with authorities.

Some of the other universities targeted in the scam include Yale, Stanford and Georgetown. None of the schools or the students have been charged in the case.

According to prosecutors, the accused parents paid a firm run by Singer as much as US$6 million to cheat on college entrance exams for their children or to bribe coaches to help non-athletic students get scholarships.

Others caught up in the scandal include Gordon Caplan, co-chairman of New York law firm Willkie Farr & Gallagher, who allegedly paid US$75,000 to have his daughter’s test grades fixed.

Also charged is William McGlashan, an executive at the huge investment group TPG Capital who specialised in technology investments, who allegedly paid hundreds of thousands of dollars to ensure his son got into the University of Southern California as a student athlete.