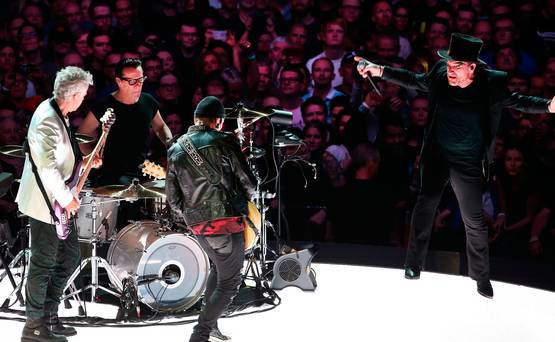 Bono has sent U2 fans into a frenzy of speculation that the band are set to call it quits after he said they are “going away now”.

The Dublin rockers recently wrapped up their Experience + Innocence tour with their final performance in Berlin on Tuesday.

Speaking to the crowd at the Mercedez-Benz Arena, Bono said: “We’ve been on the road for quite some time now – it’s going on 40 years – and this last four years have been really something very special for us. We’re going away now.”

He then thanked the group’s fans who “follows us all over the world”.

The Twitter fan account @U2gigs posted the transcript of Bono’s speech, leading some fans to believe that they are planning on splitting up after 40 years together.

However, the account later tweeted that there is speculation at the end of every one of U2’s tours that “their break-up is imminent.”

“Every tour I’ve covered, right back to Vertigo, every final gig is the same: mass panic that this is the last gig. (Well, OK, not on JT30 since this tour had already been announced.)

“Ten bucks says I’ll be covering another gig with you folks sometime down the track,” they wrote.

In a recent interview, Bono admitted he wasn’t sure if there would be another world tour for the band after this one, telling the Sunday Times magazine:  “I don’t know. I don’t take anything for granted.”

Earlier this year during the tour, Bono lost his voice during a concert in Berlin but was back to performing three days later.

The group recently performed in Ireland with four nights in the 3Arena.