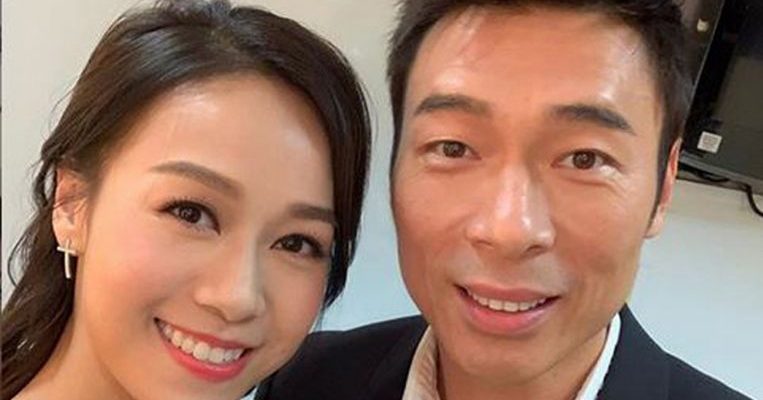 HONG KONG • The guilty parties have said sorry, their other halves want to move on, but some are still feeling the effects of the Andy Hui-Jacqueline Wong cheating scandal.

Hong Kong’s TVB has confirmed that it would reshoot parts of police procedural drama Forensic Heroes 4, to remove scenes with actress Wong.

The television serial is one of the broadcaster’s major productions to mark its 52nd anniversary this year and is scheduled to be released in Hong Kong and China in November.

As Wong is one of the leads in the show, about one-third of it would have to be refilmed after shooting was completed in March.

Reports said the show might otherwise not be approved by the Chinese authorities, for featuring an actress caught in a cheating scandal.

The 30-year-old actress and singer Hui, who is married to Cantopop star Sammi Cheng, were caught kissing in the back of a taxi in a video released by Apple Daily on April 16.

Wong, who is the girlfriend of TVB actor Kenneth Ma, has reportedly gone to the United States to avoid the harsh glare of public scrutiny in Hong Kong.

Ming Pao Daily News quoted Forensic Heroes 4’s producer Mui Siu Ching as saying that reshooting parts of the show would lead to losses of HK$10 million (S$1.7 million), but she added that the move is fully supported by TVB.

Ms Mui said the reshoot would begin next month and would involve at least 50 scenes.

She added that her team is preparing for the reshoot by changing the script and negotiating with the actors involved.

She said the reshoot involves rebuilding the set and even looking for new locations as, for example, a cafe featured in the original shoot has since shuttered.

The crew also has to apply for road closures in Taiwan for the reshoot and to find a suitable actor to replace Wong.

There were previous reports that leading actor Raymond Wong was furious about having to reshoot parts of the show, but Ms Mui said, “Raymond is the first to express full support and he and other actors have no grumbles about the reshoot”.

Leading actress Selena Lee, who left TVB last month after her contract expired, has agreed to return for the reshoot.

Other actors such as Sharon Luk said she was glad to work again with the other actors of the show.

TVB has also canned several television shows involving Jacqueline Wong, including The Offliners, The Maid Alliance and Finding Her Voice.