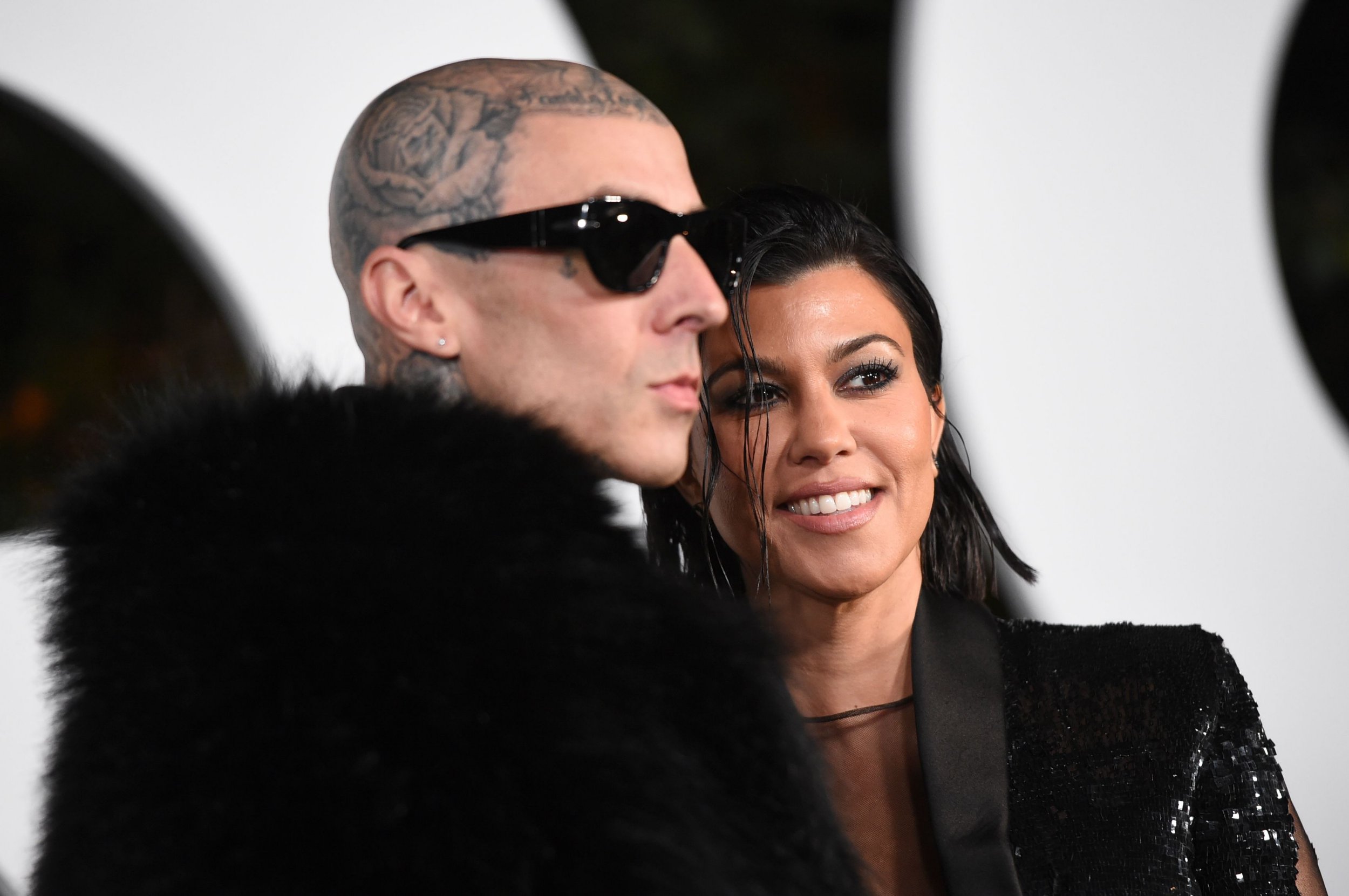 Travis Barker appears to have got a permanent tribute to wife Kourtney Kardashian with a tattoo of her eyes.

Kourtney and Travis have been blissfully loved-up since, with the latest season of The Kardashians even garnering complaints from fans on social media who were tired of watching the newlyweds all over each other all the time.

But it doesn’t seem like that passion is going away any time soon, as it now seems the drum legend has got a new tattoo dedicated to his wife.

Travis took to Instagram this week where he shared a series of photos with fans, captioned: ‘Oh hey there.’

One photo saw the rocker pose for a full-length shirtless mirror selfie, showing off his countless tattoos that cover his body.

Another snap zoomed up on one such tattoo, newly inked on his thigh, which showed dark eyes framed with thick dark lashes.

It appears Travis got a permanent tribute to his wife, possibly so she’ll always be with him even as he’s touring the world with I Miss You legends Blink 182.

Which is sweet, right? Well, not everyone thought so.

While hundreds flocked to the comment section of Travis’ post, most wished the couple well and admired the tattoo.

Others, however – quite a few others – insisted the eyes looked far more like those of the late Michael Jackson, and argued Travis could actually be revealing a MJ tribute tattoo.

‘Is that MJ or Kourt,’ one person asked, while another said it ‘looks like Michael Jackson’s eyes from the Dangerous album cover!’

The Kardashian clan have been hugely supportive of Kourtney finding love with Travis after her years-long on-off relationship with ex Scott Disick, with whom she shares three children: Mason, Penelope and Reign.

However even matriarch Kris admitted she found their passionate displays of PDA a bit too much sometimes.

Speaking on the Late Late Show with James Corden – and unable to lie as she had been hooked up to a lie detector machine – she was asked if she ever finds Travis and Kourtneys PDA ‘too much.’

‘Once in a while it’s too much,’ she admitted while laughing.

‘I’m trying to say it as nice as possible.’