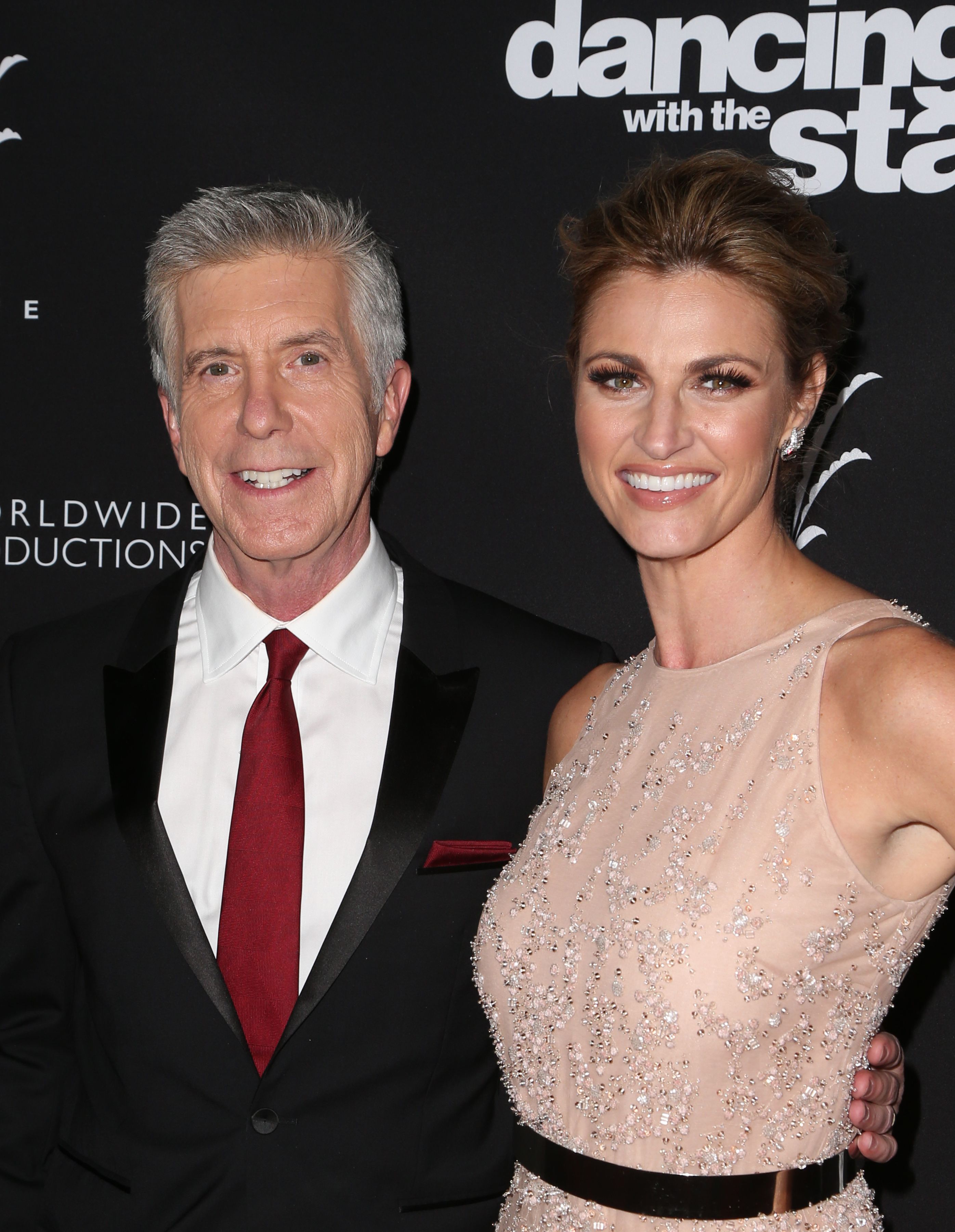 Switching it up. Tom Bergeron revealed he wasn’t asked back for season 29 of Dancing With the Stars, and producers confirmed to Us Weekly that his cohost, Erin Andrews, won’t be returning either.

“Just informed @DancingABC will be continuing without me,” Bergeron, 65, announced via Twitter on Monday, July 13. “It’s been an incredible 15 year run and the most unexpected gift of my career.”

The Massachusetts native hosted the dance competition series for 28 seasons, beginning in 2005, but the ABC show has now decided to go another way.

“I’m grateful for that and for the lifelong friendships made,” the TV personality continued. “That said, now what am I supposed to do with all of these glitter masks?”

Emmy Hosts Through the Years

ABC and BBC Studios told Us in a joint statement on Monday that “Tom Bergeron will forever be part of the Dancing with the Stars family.” 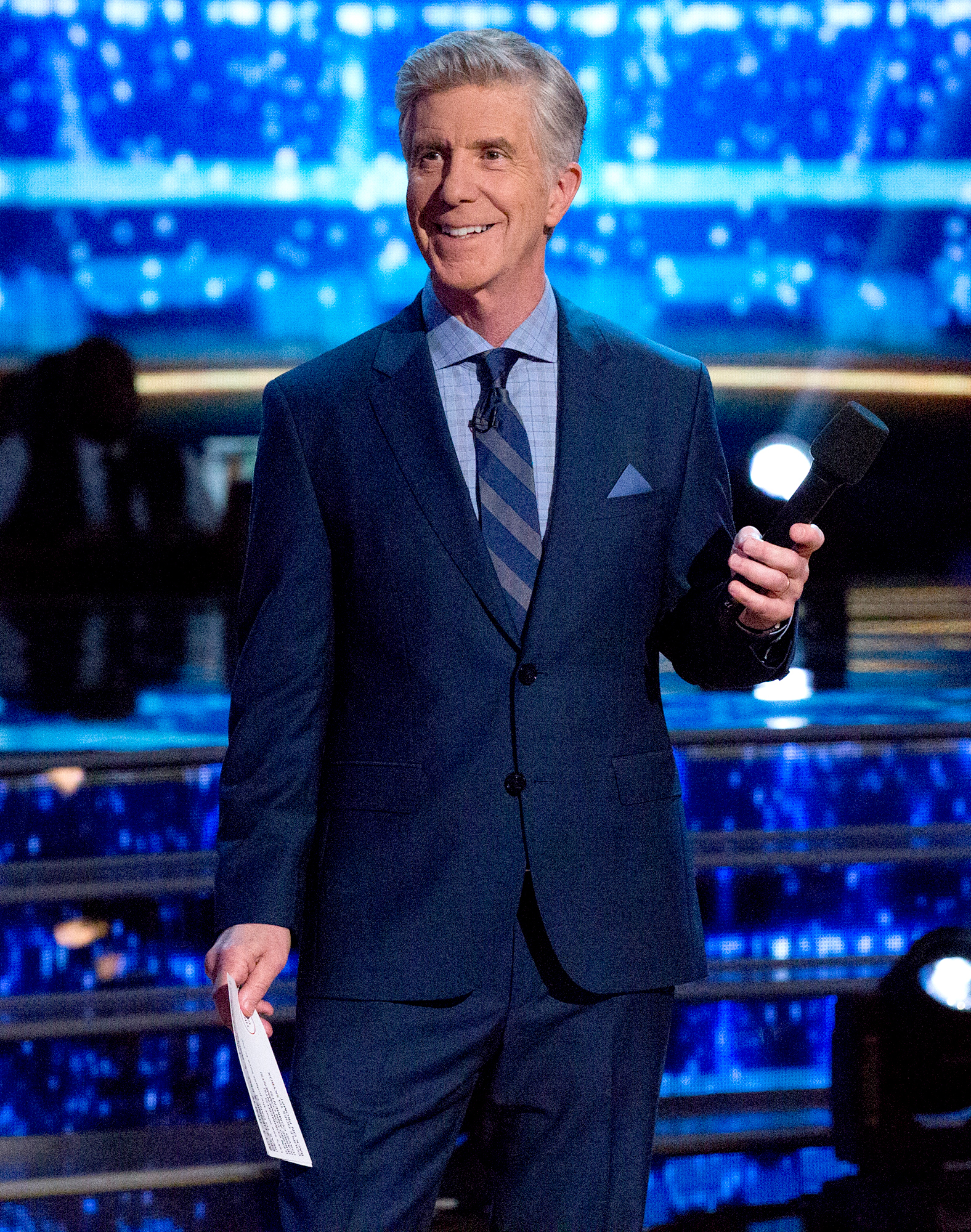 The statement continued: “As we embark on a new creative direction, he departs the show with our sincerest thanks and gratitude for his trademark wit and charm that helped make this show a success. Erin will also not be returning, and we appreciate all that she brought to the ballroom. Fans have been rooting for her since she originally competed as a contestant back in 2010, and her signature sense of humor has become a hallmark of the show.”

Andrews, who was Bergeron’s cohost on the show since 2010, has yet to publicly comment on the shakeup.

Throughout his time as the show’s host, Bergeron was nominated for 11 Emmy Awards and won one, for Outstanding Host for a Reality or Reality-Competition Program in 2012.

The America’s Funniest Home Videos host made light of the situation — without going into detail about why he was let go — via Twitter.

After comedian Randy Rainbow tweeted, “I’ll be right over,” in response to Bergeron’s announcement, the star replied. “On the plus side, Now I’m free for our socially distanced lunch!” he joked.

Many fans showed the longtime host love via social media and noted how upset they are by the change in the hit show’s lineup.

“Tom, us fans LOVED having you as our host for dancing with the stars,” one user tweeted. “This is so upsetting but it’s their loss. We adore you always! Thank you.”

Another Twitter fan explained that Bergeron was the “only reason” they kept watching the past few seasons. “Now a LOT of people won’t be watching,” the individual wrote.

From Olympics to Music Festivals: How Coronavirus Is Affecting Hollywood

“Is this a joke?” a third person wrote via Twitter. “If you’re serious, I’d say DWTS will immediately lose a large portion of their audience.”

One fan asked Bergeron if his removal as the show’s host would allow him to “finally” become a contestant, but the star shut down any hopes of that, writing, “Um…no.”

Dancing With the Stars is one of many TV series that has been shut down amid the coronavirus pandemic. It has, however, been renewed for a 29th season, although the premiere date has yet to be announced.