Consider Time’s Up unimpressed by the Golden Globes’ response to the controversy over the lack of diversity in its ranks, which engulfed the awards show in recent days.

Just a week before the 78th annual ceremony, the Los Angeles Times published multiple damning reports about the questionable inner workings of the Hollywood Foreign Press Association, the organization responsible for the awards show. The LA Times investigation accused the HFPA of various ethical conflicts and instances of self-dealing among its voting body, which currently has no Black members.

The diversity scandal was mentioned repeatedly during Sunday night’s ceremony with hosts Tina Fey and Amy Poehler openly mocking the HFPA at the top of the show. Members of the organization later took the stage to address the controversy in an all-too-brief segment with board chair Meher Tatna declaring, “We must also ensure everyone from all underrepresented communities get a seat at our table, and we’re going to make that happen.”

But in a letter released after the ceremony, Tina Tchen, president and CEO of Time’s Up, described the response as merely a “cosmetic” commitment to change, stating at the beginning of her missive, “We must fix the Golden Globes.” 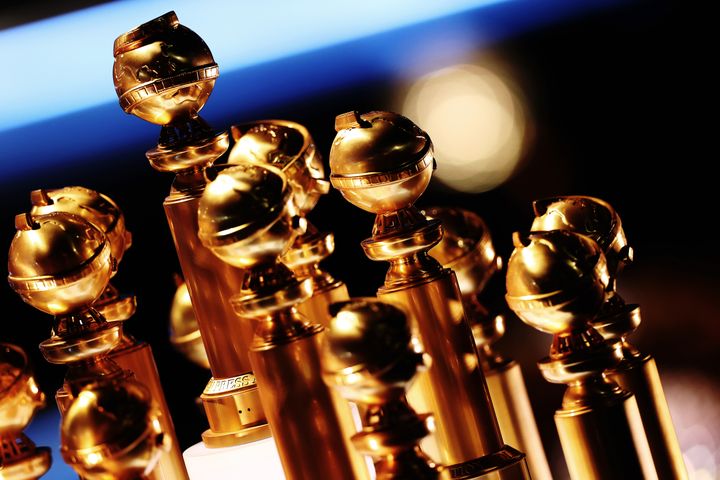 “You must now address the systemic problems within your organization,” Tchen wrote. “The HFPA’s statements tonight and over the last several days indicate a fundamental lack of understanding of the depth of the problems at hand. Your stated version of change is cosmetic ― find Black people. That is not a solution.”

She went on to say that the issues within the HFPA “cannot be addressed simply by a search for new members” and called for the organization to make a long-term commitment to overhauling systems that shut out new and diverse voices from the voting body.

“We listened tonight and hoped to hear the HFPA respond with some awareness that the industry-wide discontent with your organization’s practices goes far beyond what you offered tonight and in the days preceding,” Tchen wrote. “What we had hoped you heard was that not having a Black member was a symptom of a problem, not just the problem itself.”

Tchen sent a similar letter to NBCUniversal, host of the Globes broadcast, arguing that the company “has a reputational interest in fixing these issues.” Calling on NBC to lead the charge in reforming the event, she added that “much of the credibility of the Golden Globes is drawn from its affiliation with your network.”

“This goes far beyond the simplistic description we heard tonight of representation and inclusion,” she wrote. “The awards process must be free from concerns of racism or misogyny and devoid of the stories of rampant discrimination against filmmakers of color and the discomfort of actors who participate in any event.”

Both letters ended with a simple statement: “The Globes are no longer golden.”

The lack of diversity among the HFPA’s membership ― a mere 87 international journalists ― wasn’t a shock to many, given the group’s consistently head-scratching nominations, including this year’s snubs of Black-led projects like “I May Destroy You.” But the LA Times exposé sparked a wave of backlash from A-listers calling for change.

“Hollywood Foreign Press Association. Not a single Black member out of 87,” the image reads, with many adding in the caption “A cosmetic fix isn’t enough” and the hashtag #TimesUpGlobes.

Three days before the Golden Globes broadcast, the HFPA released a statement responding to the scrutiny: “We are fully committed to ensuring our membership is reflective of the communities around the world who love film, TV and the artists inspiring and educating them. We understand that we need to bring in Black members, as well as members from other underrepresented backgrounds, and we will immediately work to implement an action plan to achieve these goals as soon as possible.”