Every Monday, the Times TV critic Margaret Lyons picks the best of what’s ahead before the weekend. Check back each week for more recommendations.

I Want Something Short but Potent 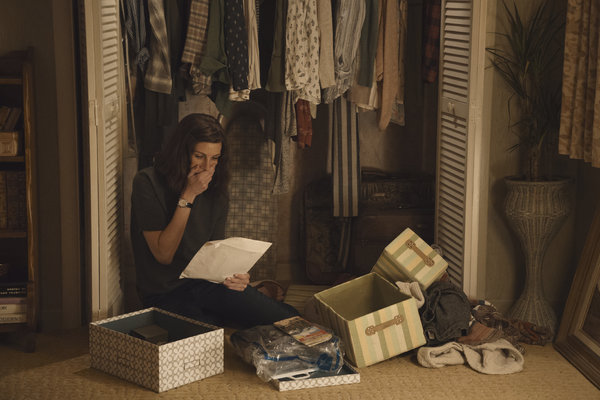 ‘Homecoming’
When to watch: Now, on Amazon.

“Homecoming” is just 10 half-hour episodes, but it packs a real punch — it is immersive and addictive. Julia Roberts stars as Heidi Bergman, who once worked at a counseling center for veterans but now works as a waitress. In fact, she can barely remember her time at the Homecoming center, and that’s what she tells the guy from the Department of Defense when he shows up at her diner asking an awful lot of questions. Hmm ….

Just because the show zips along doesn’t mean it scrimps on flair. In fact, the opposite is true: “Homecoming” has a terrifically show-offy visual style, and its sound design is almost overwhelming in its persistence and scope. If you like tricky psychological thrillers, or you like the look and feel of FX’s “Fargo,” try this.

Bury Me in Episodes

‘King of the Hill’
When to watch: Now, on Hulu

“King of the Hill” never seemed to make as big a splash as its Fox animated counterparts, and that’s a shame: It’s a steady sweetheart of a show and a good primer on propane and propane accessories. There’s also a ton of it — 13 seasons, and it is solid throughout. The show centers on the Hill family, with Hank, the curmudgeon dad; Peggy, the warmly eccentric mom; their dim but wonderful 13-year-old son, Bobby; and an array of sometimes ridiculous neighbors and brethren.

My favorite episode is the Season 6 opener, “Bobby Goes Nuts,” in which Bobby takes a women’s self-defense class. If you’re a “Bob’s Burgers” person, try this.

I Have but 22 Minutes

‘Baroness von Sketch Show’
When to watch: Thursday at 9 p.m., on IFC

This terrific Canadian series is back for its third season, as silly and perceptive as ever. Sketch comedy is a little out of fashion right now (in fashion: lecturey talk shows), so “Baroness” feels especially distinctive, but its real claim to fame should be its pacing, and how quickly it moves from segment to segment.