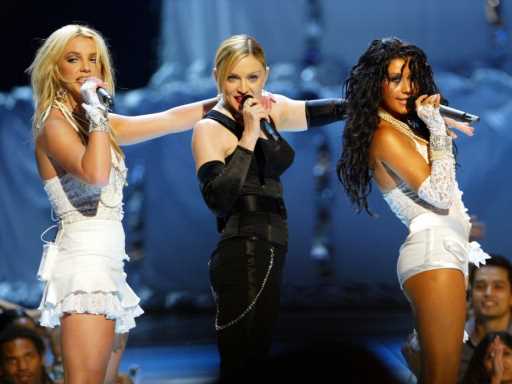 We all remember that iconic moment at the MTV Video Music Awards in 2003 with Madonna, Britney Spears, and Christina Aguilera. You know, when Madonna smooched Spears (and later Aguilera off screen), and truly shocked the world. But what if we told you Madonna was originally supposed to kiss another singing sensation?

The legendary, sensational singer Jennifer Lopez recently revealed to E! News that she and Madonna were originally the ones that were supposed to lock lips. During an interview for her upcoming movie Shotgun Wedding, Lopez revealed that she was actually supposed to be in place of Aguilera.

“I was filming a movie in Canada and I met with Madonna and Britney,” she said. ‘And I couldn’t get off the film, so they got Christina to do it.” (In 2003, Lopez was working on the film Gigli, also known as the movie set she met her future husband Ben Affleck on!)

But as Lopez said, she couldn’t make it so the team brought in Aguilera to join in. If you remember, she appeared on stage to sing her single “Hollywood,” followed by an insane performance with Spears and Madonna at that iconic VMA. (They also recreated it for Spears’ wedding to Sam Asghari in 2022!)

But back to Lopez, she added in the same interview how much she loves Madonna, saying, “I’m a huge fan of Madonna; I always have been.” So a possible duet may be in store in the future. We can only hope (because you know that performance would be insane!)

Before you go, click here to see the most over-the-top VMAs looks in MTV history. 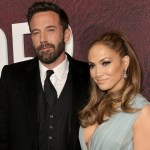