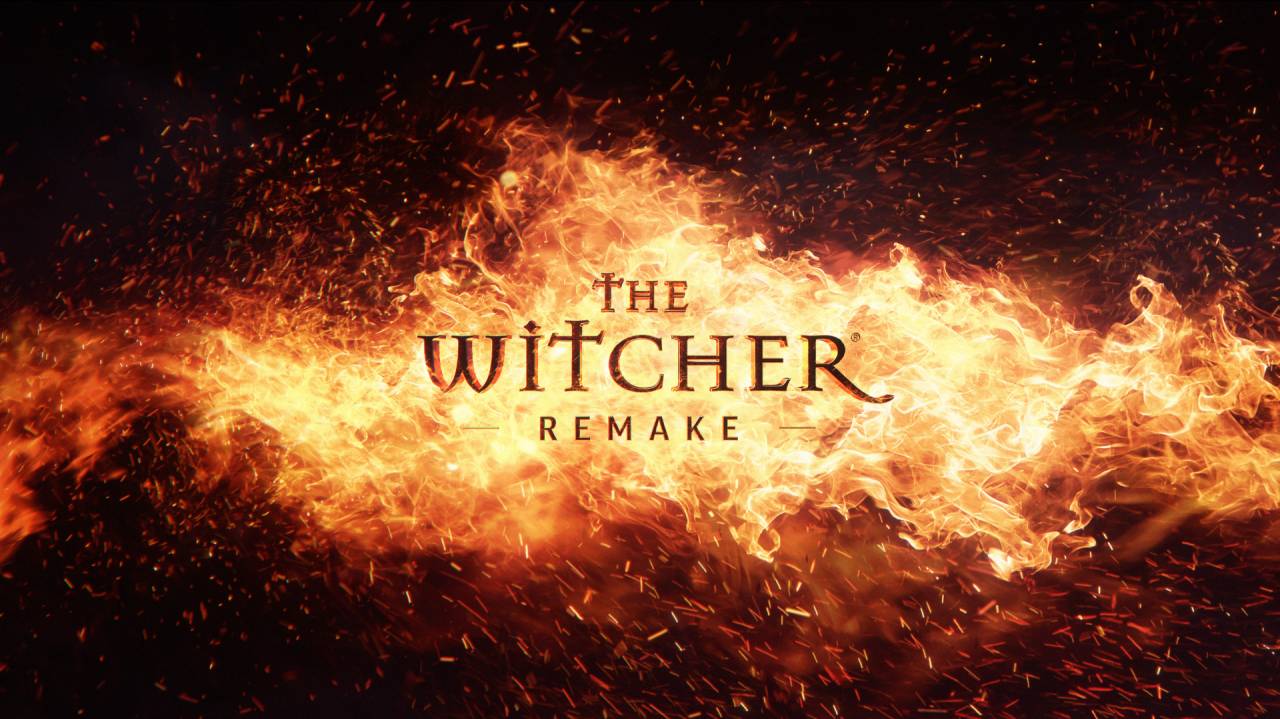 In another example of CD Projekt announcing games too early, the studio has confirmed a remake of the first Witcher is in the works.

Earlier this month, CD Projekt announced no less than five more projects that are within the early stages of development. One of them is a follow-up to Cyberpunk 2077, another is a new IP altogether, and the other three are Witcher projects.

Of those Witcher projects, we already knew one of them was the first entry in a new saga of games, but CD Projekt provided some loose details on the others.

Project Canis Majoris was only described as another open world entry unconnected to the upcoming saga. It turns out, however, that that’s because it’s a full-on remake of the very first Witcher game.

CD Projekt casually dropped the news earlier today, although just to confirm its existence, as there is no trailer or even any promotional art. Just a logo, revealing the imaginatively named title The Witcher Remake.

As the studio said at the time, this project isn’t actually being developed in-house, but at a third party studio. Today’s announcement has confirmed said studio’s identity as Fool’s Theory, another Polish studio made up of former CD Projekt staff.

The original Witcher from 2007 was, interestingly enough, built using BioWare’s Aurora Engine. For the remake, however, CD Projekt and Fool’s Theory are going with Unreal Engine 5, no doubt since that’s the same one being used for the next mainline game.

It was only ever released for PC and while it did feature a similar tone to The Witcher 3, with the same sense of moral ambiguity for all its characters, it was very scrapy and not much fun. It also wasn’t open world, in the modern sense of the phrase, so it’ll be interesting to see if CD Projekt change that.

‘The Witcher is where it all started for us,’ says Adam Badowski, head of CD Projekt’s game development team, CD Projekt Red, via a post on the official Witcher website.

‘It was the first game we made, ever, and it was a big moment for us then. Going back to this place and remaking the game for the next generation of gamers to experience it feels just as big, if not bigger.

‘Collaborating with Fool’s Theory on the project is just as exciting, as some of the people there have been previously involved in The Witcher games. They know the source material well, they know how much gamers have been looking forward to seeing the remake happen, and they know how to make incredible and ambitious games.

‘And although it will take some time before we’re ready to share more about and from the game, I know it’ll be worth the wait.’

As for the third Witcher project, codenamed Sirius, all that’s been shared about that is that it’s an ‘innovative take on The Witcher universe’ with both single-player and multiplayer options.

Fans of the series also still have the PlayStation 5 and Xbox Series X/S versions of The Witcher 3: The Wild Hunt to look forward to. Despite promises that they’ll be out before Christmas, though, CD Projekt has yet to provide a hard release date for them.