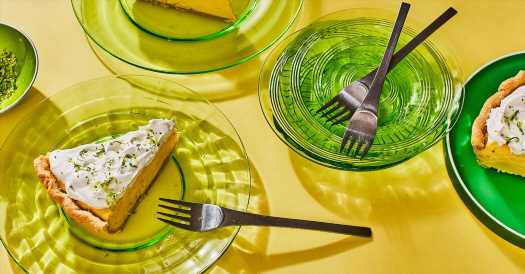 “Graduate of Swiss Hotel School Tells of Study of French Cooking.” That was the stodgy New York Times headline one spring day in 1954. “Craig Claiborne, a fresh-faced young man who has just completed ten months of study in a hotel school in Switzerland, enthusiastically talked to us about French cooking the other day,” the article began. “He was eating a lunch that included, among other things, a Martini and a shrimp cocktail. One put down Mr. Claiborne’s choice of such Americanisms to his gladness at being back in the United States, where he plans to write about food professionally.”

That plan paid off. Three years later, Claiborne was the food editor of The Times, where for the better part of the next three decades he wrote articles, restaurant reviews and cookbooks. “Perhaps his most enduring work,” Bryan Miller wrote in a Times obituary after Claiborne’s death in 2000, at 79, “is ‘The New York Times Cook Book,’ which was published in 1961 and has sold more than a million copies.”

I’m not here to talk about Claiborne, though. I’m more interested in Jane Nickerson, the woman who wrote that first article about him and who found and edited a lot of recipes that ended up, without credit, in “The New York Times Cook Book.” She preceded Claiborne in the food editor’s chair and deserves a great deal more recognition than she has been given for the work she did to help readers understand the business and culture of mid-20th-century food. Nickerson ran the food desk of The Times from 1942 to 1957 and shepherded Times readers through the austerity of wartime rationing and into the prosperous economy that followed, with hundreds and hundreds of news articles, restaurant reviews and recipes that continue to resonate today. “It was Nickerson,” the food historian Anne Mendelson wrote in a 1990 review of a revised edition of “The New York Times Cook Book,” “who was chiefly responsible for the national prestige enjoyed by Times food coverage when Claiborne succeeded her.”

In 1947, Nickerson broke news of an innovation: the cheeseburger.

Kimberly Voss, a journalism professor at the University of Central Florida and the author of “The Food Section: Newspaper Women and the Culinary Community,” credits Nickerson with laying the foundation for modern food journalism. “She did a lot of actual reporting, which shouldn’t be shocking but is,” she told me, “because so many early food editors were just taking recipes from food companies and just putting them in the newspaper. Nickerson was looking for recipes on airplanes and in dining cars on railways and in restaurants and people’s homes. She interviewed James Beard in his apartment. She was exploring new foods and technologies and science.”

In 1947, Nickerson broke news of an innovation in the world of hamburgers: the cheeseburger. “At first, the combination of beef with cheese and tomatoes, which sometimes are used, may seem bizarre,” she wrote in The Times. “If you reflect a bit, you’ll understand the combination is sound gastronomically.” Two years later, she introduced Times readers to the concept of “food writers” in an article about a press luncheon aboard the ocean liner Ile de France. She brought green-goddess dressing to The Times, and steak Diane. “These recipes, these stories, Craig Claiborne — they don’t exist without Jane Nickerson,” Voss said.

After Nickerson resigned from The Times to move to Florida with her family, Claiborne was named her replacement. She did not restart her journalism career until 1973, when she was named food editor of The Ledger, in Lakeland, east of Tampa. (The newspaper was then owned by The Times.) That year she also published “Jane Nickerson’s Florida Cookbook.” The book is still in print and offers fascinating insight into her interests and reporting style. “It’s not so much a Florida cookbook as a Nickerson one,” Voss said. “Her name came first.” There are recipes from restaurants and friends, state employees and members of the Seminole Tribe. Nickerson traces the roots of her chopped eggplant salad to a Greek community in Tarpon Springs and attributes her recipe for pickled shrimp to Mary Call Collins, the wife of a former governor of Florida. It’s an idiosyncratic collection. Her recipe for orange-​coconut layer cake is the one that won second prize in the All-Florida Orange Dessert Contest in 1960.

I particularly like her recipe for Florida lime pie, which, like its more famous cousin, the Key lime pie, relies on the sweetened condensed milk that was a godsend for Florida cooks in the days before refrigeration. It’s rich, creamy and tart, baked in a pastry pie shell rather than a graham-cracker one and topped with whipped cream. To me it tastes of Florida sunshine.

Nickerson died in 2000, about a month after Claiborne. His obituary ran on the front page of The Times. Nickerson’s was on the 25th page of the C section. “Her legacy is in her recipes,” Voss told me. “You just have to look for them.”