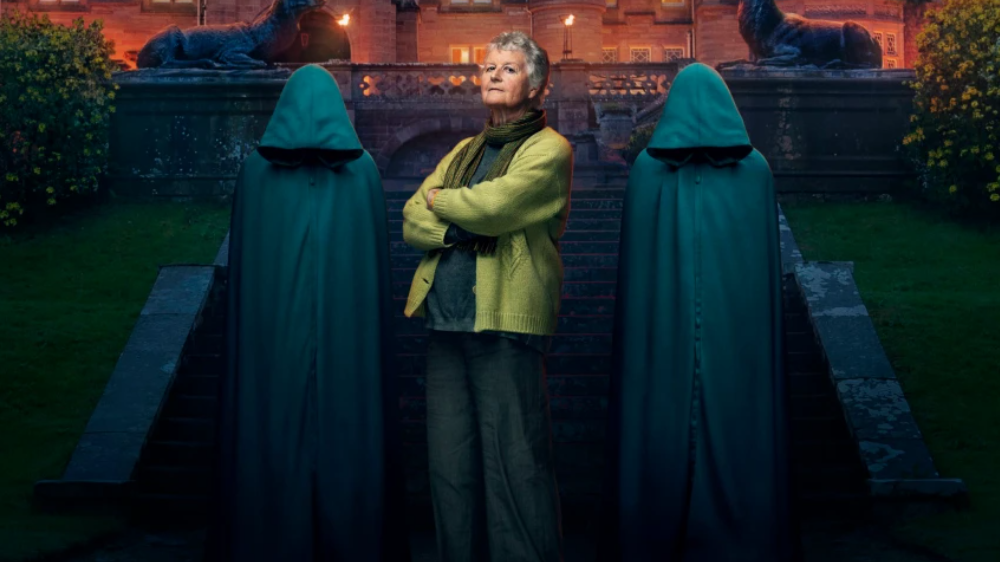 Andrea Addison has been taken to the hearts of millions following her appearance on The Traitors, and her murder ahead of the final shattered hearts everywhere.

But Andrea, 72 at the time of filming, certainly had an impact on her fellow players and viewers too, having been the ‘grandmother’ figure in the Scottish castle.

She joined 21 other strangers to play the ultimate game in Claudia Winkleman’s exhilarating new show, which offered the opportunity to win £120,000 – provided they were neither banished by the group or killed off by the Traitors in the middle of the night.

Much to our despair, Faithful Andrea was ousted by Wilfred Webster. But, she left with no regrets, describing her time on The Traitors as an ‘adventure.’

Speaking to Metro.co.uk, Andrea, now 73-years-old, opened up about challenging herself in later life and the friendships she formed with the younger cast members.

‘In all honesty, I had no idea what the programme was or whether I could do it,’ she began. ‘But I thought, what the hell, let’s do it because I can.’

She described the missions as ‘big challenges,’ having been tasked with rolling massive barrels through the woods, climbing up hills, squeezing herself through laser beams, and hunting for those buried alive.

But Andrea gave everything her all, admitting the missions were physically demanding for the whole group.

‘I’ve got two totally false knees, I’m asthmatic, this was tough, but you can do it if you want to.’

Andrea also spoke about her bonds with her younger cast members, 12 of whom were under the age of 30.

‘It was a huge age difference,’ she said. ‘Aaron [Evans] would change his cologne every day and I could smell a new one. Matt [Harris] I adore and he’s teaching me some BMX tricks. How wonderful?

‘I love young people. I wasn’t able to have children myself, I do have some sort of associate grandchildren, but this was just a ball! It was a riot. And to look after them all a little bit was so nice.’

And while Andrea didn’t enter the show with the intention of sending out a message, there are two points she wants to make known.

‘You find as you get older, you don’t necessarily feel old. You may be old and your body may be quite old, your capacity is less but, actually, you just don’t feel that. Sometimes you wake up in the morning and it all hurts but, for the rest of the time, old people shouldn’t think of themselves as being very old.

Her second message? Well, after being hailed a ‘gay icon’ by fans for opening up about her late partner, Andrea is a firm believer in ‘love is love.’

‘Love whoever you like, man, woman, no children, no animals, but for the rest of it, do it!’, she exclaimed.

‘I, personally, have been very lucky in my life. I’ve had wonderful men, wonderful women, now it’s women. I’m not going to particularly identify myself as a gay icon, but my message and wish for everybody is to love who you like. Don’t let it stop you.

‘It doesn’t matter who they are, what colour, what religion, who gives a f**k? I’m loving women now, I’ve loved women for a little while, before then it was men, so what?’

As for the future, Andrea says ‘ordinary life goes on’, but she certainly won’t forget her Traitors experience in a hurry.

‘It was a constant learning experience. I’ve been learning about Instagram! Amos [Ogunkoya] was here the other day and he put me on Instagram. I’m having some help, I have to tell you! But what fun.

‘I’m 73, it’s jolly good fun! I really loved it, ordinary life goes up, but I think that was a fantastic experience for me and I’m so lucky.’

The Traitors is available to stream on BBC iPlayer.