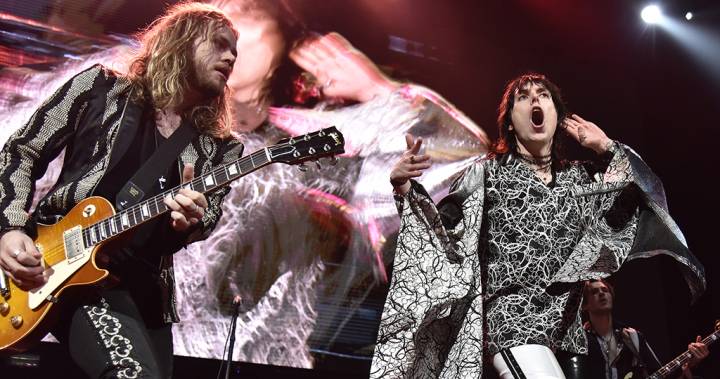 Hot off the first leg of the Young & Dangerous tour, British rock outfit The Struts is gearing up for another explosive run throughout North America.

The Body Talks rockers have extended their already expansive western trek until the end of fall before returning home for a full tour of Europe and the U.K.

Along the way, The Struts are expected to work on brand-new material to follow the band’s highly successful 2018 record, Young & Dangerous.

The four-piece band is set to kick things off at the annual Kentucky Derby Festival in Louisville, Ky., this Thursday before making their highly anticipated return to Canada.

The Struts will hit Toronto, Montreal and Quebec City this September.

The Struts have earned themselves a number of chart-topping hits, including Could Have Been Me (2014) and Body Talks (2018). The latter saw the up-and-comers partner with Kesha for a fiery and unforgettable performance on The Tonight Show Starring Jimmy Fallon.

They were also invited by Dave Grohl as the main special guest act for Foo Fighters on the band’s 2018 North American summer tour.

The opening spot earned them more recognition in Canada and the U.S. than their first album, Everybody Wants (2014), did back home in England.

Frontman Luke Spiller, co-founder and primary songwriter of the band, has been described by many as a cross between Freddie Mercury and Mick Jagger — two of his biggest influences.

The Struts’ showmanship and talent are represented not only by its upbeat music and outrageous rock ‘n’ roll music videos but also its live performances, wholesome fan interactions and simple hunger for more.

The Struts’ Young & Dangerous can be streamed or purchased physically through this link.

Tickets can be purchased through The Struts’ official website. Additional information and tour dates can be found there as well.