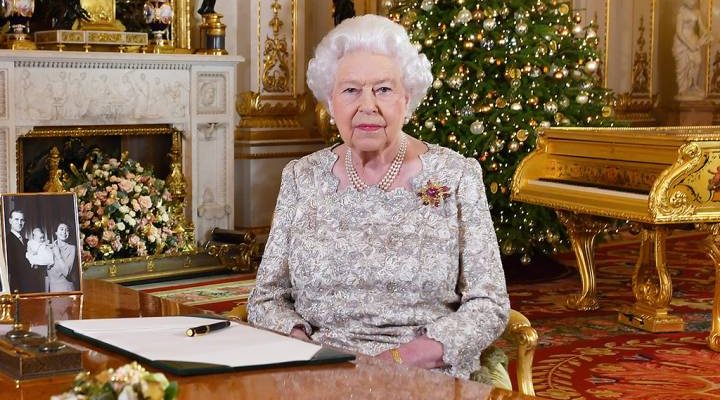 It’s been an eventful year for the British Royal Family, and Queen Elizabeth credits friendship for helping her navigate life.

In a preview of the Queen’s annual Christmas broadcast released by the Royal Family on Twitter on Monday, the 92-year-old monarch addresses the “many changes” she’s witnessed over her lifetime, and says that those closest to her have been a source of comfort.

“Through the many changes I have seen over the years, faith, family and friendship have been not only a constant for me but a source of personal comfort and reassurance,” the Royal Family shared of her speech.

The Christmas broadcast, set to air on Dec. 25, will also include the Queen reflecting “on the importance of treating others with consideration,” the palace said.

“Even with the most deeply held differences, treating the other person with respect and as a fellow human being is always a good first step towards greater understanding,” the Queen will say.

The Queen has delivered the address since 1952. It is the only public speech she makes that isn’t written or edited by the government.

The past year has been significant for the Royal Family. In 2018, Prince Harry married actor Meghan Markle — who are now expecting their first child together — and Prince William and Kate Middleton welcomed the birth of Prince Louis.

Princess Eugenie also got married this year to Jack Brooksbank.

Throughout her record 66 years on the throne, the Queen has avoided commenting in public on contentious international affairs or political issues, and the excerpts make no mention of the visit in July by U.S. President Donald Trump or the turmoil over Britain’s departure from the European Union.

But speaking about the birth of Jesus, the Queen will say: “I believe his message of peace on Earth and goodwill to all is never out of date. It can be heeded by everyone; it’s needed as much as ever.”

The pre-recorded broadcast was filmed in the White Drawing Room at Buckingham Palace. In her holiday address, the Queen is wearing an ivory dress designed by British fashion designer Angela Kelly.

— With files from Reuters