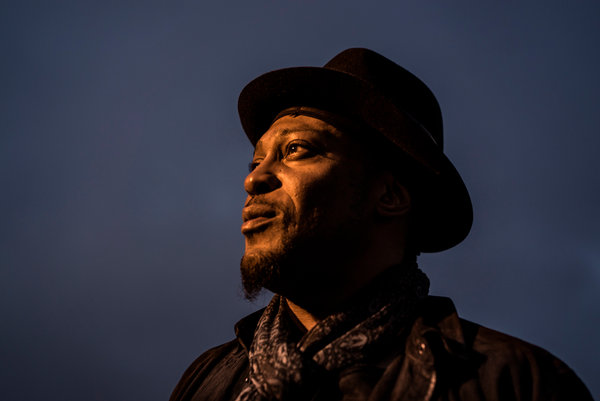 Every Friday, pop critics for The New York Times weigh in on the week’s most notable new songs and videos — and anything else that strikes them as intriguing. Just want the music? Listen to the Playlist on Spotify here (or find our profile: nytimes). Like what you hear? Let us know at [email protected] and sign up for our Louder newsletter, a once-a-week blast of our pop music coverage.

D’Angelo takes his time between releases. How he’s filling at least part of that downtime? Video games. A fan of the Red Dead Redemption series, he was nudged into contributing an original song to Red Dead Redemption 2. “Unshaken” is lonely cowboy-western soul, produced by Daniel Lanois — an incantation for those with bleary eyes and unswerving defiance. JON CARAMANICA

A chorus of “oohs” and “ahs” in jazzy chords, circling without resolution, accompanies the Chicago rapper Noname as she calmly zooms down her latest stream of consciousness. Syncopating her rhymes rapidly and precisely over the tricky beat, Noname touches on her success without a record label, African-American representation on TV, mass incarceration, Christmas and all the direct messages she has ignored, among other things. “I sell pain for profit, not propaganda,” she declares. Her producer, Phoelix, also shows up as a singer with an enigmatic, equally unresolved chorus. JON PARELES

A fine mist of guitar-pop, “Promise” — the new solo single from Jimin, of the K-pop juggernaut BTS — runs in the opposite direction of the familiar BTS maximalism. Here he sounds tender and sweet, and the song never moves quicker than a saunter. In the broader BTS oeuvre, it’s something of an afterthought, casual and unobtrusive. But that hardly matters: It broke the SoundCloud record for most plays in a song’s first 24 hours. CARAMANICA

Post Malone’s farewell to 2018 is far more exuberant than anything he released last year. “Wow.” is boastful but not melancholy — “I got a lot of toys/720S bumpin’ Fall Out Boy” — and he’s largely rapping, with only a flimsy skin of melody. After a year in which his album “Beerbongs & Bentleys” helped set the framework for pop’s full-molt evolution, this is a chipper cherry on top, unconcerned with formal innovation and blithely cheerful. CARAMANICA

A lurching beat, somewhere in the vicinity of reggae, and a psychedelic-orchestral blur of instruments accompany the high, singsong vocals of Neshma Friend, who records as Micropixie. “How could we ever win the game of life/When all we ever knew was pain and strife/Every day,” she muses. She admits to the hopes that a holiday can raise, then ambles off her own way. PARELES

T-Rextasy, ‘Maddy’s Got a Boyfriend’

This quartet from New York writes songs spiked with humorous asides, ska guitar and riot grrrl attitude (so it doesn’t sound anything like T. Rex, or the Marc Bolan tribute act from England that shares its name). The group started when its members were still in high school and its second album, “Prehysteria,” delivers more scrawny indie rock with an extra helping of eye roll. Over the Sleater-Kinney-ish backdrop of “Maddy’s Got a Boyfriend,” Lyris Faron nurses a wounded heart: “She leaves me crying in the sand/she said she never liked my band.” CARYN GANZ

“I love you baby but my lips are turning blue,” Ursula Rose raps, deadpan, shattering the male self-pity and metronomic electro-pop that Bear Hands concocted for the rest of this track. She’s centered; the guys are a mess. PARELES

It has been six years between albums for the Danish songwriter and classical composer Nanna Oland Fabricius, who made her debut album as Oh Land in 2008. “Human Error” merges her early dance-pop electronics with skeletal piano and unfurling orchestral arrangements as she sings about the difference between calculated planning and real life: “No missing digits, no real mistakes/Just human errors make human hearts break,” she realizes. PARELES

Steph Richards composes in ways that standard notation could never document. To make “Brooklyn Machine,” she yanked out one of her trumpet’s valves — some air escapes where it ought to be, making the muffled, sometimes warping sound you hear in your right speaker. The tinnier tone coming from the left emerges when Richards covers the valve and air passes through the horn’s bell, like usual. The bell, in turn, is covered with a mute, helping her create the fuzzy mumble at the beginning of the track. “Brooklyn Machine” appears on “Take the Neon Lights,” her forthcoming album, but the performance in the video above — featuring abstracted urban scenes animated by Andrea Yasco — is a separate take, just under a minute and a half of haunting trumpet surgery and jostling play with her piano-bass-drums quartet. GIOVANNI RUSSONELLO

Paul McCartney, that Paul McCartney, uses Auto-Tune — yes, Auto-Tune — to sing about lost, lifelong love. “It was a time we were all full of hope/Saw the future burning bright,” he sings. “Do you remember?” Now it’s the future. And all you can remember is when the Beatles wouldn’t use anyone else’s sounds, and when an unprocessed voice was enough. PARELES