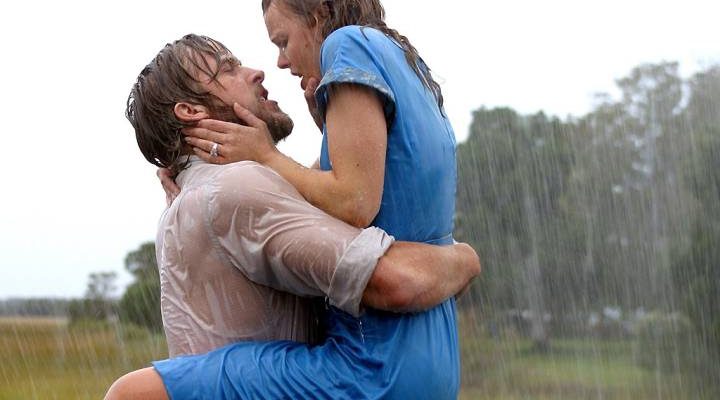 It was revealed on Thursday morning that the 1996 Nicholas Sparks novel The Notebook is currently being adapted into a musical. Famed American songwriter and Broadway star Ingrid Michaelson, made the announcement in an interview on the Today Show.

Michaelson revealed that she’s been scoring the musical for the last 18 months and that it will be written by Bekah Brunstetter — who is best-known as a producer on the hit TV series, This is Us.

She joked that the stars of Nick Cassavetes 2004 film adaptation of The Notebook, Rachel McAdams and Ryan Gosling, would return to the stage and play their original roles. She immediately retracted her comment and said “just kidding, they’re not.”

(L-R) Ryan Gosling and Rachel McAdams in the film adaptation of ‘The Notebook’ (2004).

After the show, Michaelson immediately took to Twitter to express her excitement. She admitted that she had to keep it a secret since she was asked to take part in the project.

“I can’t believe this is happening,” she wrote.

While co-hosting with the Today Show’s Hoda Kotb, Michaelson revealed that The Notebook holds a very personal meaning to her:

“The concept of unending devotion and love wrapped up in memory and family is something very close to my own personal life.

“When I was approached about working on The Notebook I had to excuse myself and go to the bathroom and cry and come back into the meeting,” she admitted. “I have loved the movie and the story for so many years now that the idea of turning it into a musical overwhelmed me.”

Ingrid Michaelson performs on her ‘Songs For The Seasons’ tour at The Masonic Auditorium on Nov. 29, 2018, in San Francisco, Calif.

Sparks, 53, confirmed his involvement in the project in a statement online. He also had some kind words to say about Michaelson and Brunstetter:

“I am thrilled to work with Bekah and Ingrid in order to make The Notebook a reality on Broadway. They are amazingly talented, and obviously, the story is near and dear to my heart.”

According to Deadline, Brunstetter also revealed The Notebook also holds a place dear to her heart.

“The story hits home for me in two big ways: it takes place in my home state of North Carolina, and Alzheimer’s runs deep in my family,” she said.

Kurt Deutsch (The Book of Mormon) and Kevin McCollum (Avenue Q) were also confirmed by Michaelson to be a part of the roster. The talented duo will be working alongside Sparks as producers of the Broadway show.

“From day one, Ingrid and Bekah have had a clear vision for the show,” they said in a joint statement. and even at this early stage, it has proven to be an exceptionally exciting and fruitful collaboration.”

Currently, the cast is yet to be determined.

As of this writing, no scheduled dates have been slated for the musical performances of The Notebook.