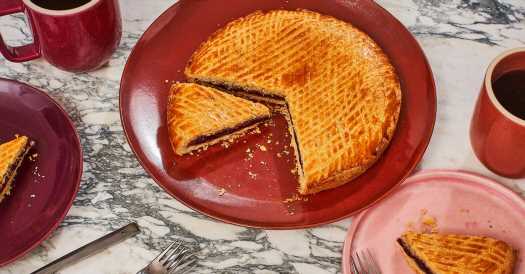 Fourteen or so months into Covid-times and more than 450 days since we left our home in Paris thinking we’d be back in a few weeks, I keep dreaming of travel. One morning, I woke up thinking I was on a beach, not my usual dreamscape, but nice. Once, I dreamed I’d bought so many lilies of the valley on May Day that I couldn’t carry them home. And recently, I dreamed that the first batch of strawberries had hit the Paris markets — they looked beautiful next to the early asparagus. When my dreams took me to Basque Country, I woke up my husband so that we could talk about the real trip we took there more than a decade before.

Our visit to the southwest of France was, like so much of travel, serendipitous. We had spent the weekend in Bordeaux and were headed back to Paris when a friend persuaded us to keep going south. We’d never been to the Pays Basque, and because it wasn’t too far away, it seemed almost necessary to tack a few more miles onto the rental car. Also, there was the prospect of having Ossau-Iraty, a buttery sheep’s-milk cheese, and Irouléguy wine at the source. Further enticements included locally made espadrilles, colorful textiles and chocolate spiked with the sweet-hot chile of Espelette, the town where we stayed. What we couldn’t have predicted was that we’d be greeted by multiple brass bands, dancing in the streets and endless toasts to everyone’s good health, including ours: the annual road race up — and down — the Pyrenees had just ended, and runners were flocking to Espelette as we arrived. Or that a wrong turn the next day would lead us to one of my fondest memories.

Before we realized that we’d gone astray, I spotted a van at the side of the road in Sare that said, “Musée du Gâteau Basque.” That there would be a museum dedicated to a sweet made me instantly love the region. An illegal turn, a short wait in a garden and we were welcomed in along with about 20 other pastry lovers. Had we planned the trip, we might have picked up a guidebook and seen that this was a popular destination, but I like that it was a chance discovery and that we were surprised by what we found inside. While there were plenty of old baking tools, the highlight of the museum (now larger and offering hands-on workshops) was its founder, the pastry chef Bixente Marichular, president of Bizi Ona Slow Food Pays Basque; the gigantic mound of dough in front of him; and the class he gave on how to make a gâteau Basque — whose name translates to “Basque cake” but which resembles a cake as much as Boston cream pie does pie, which is to say, not at all.

The gâteau Basque is round; on a recent Zoom call, I asked Marichular if there was a proper size, and he quipped, “Smaller than your oven.” Indeed, our first morning in the area I saw the cakes at the market in every size, from mini to large enough to suggest a flying saucer. Basque cake is made from two disks of rolled-out dough, and it has a baked-in filling, either pastry cream or jam, usually local black cherry. Because there’s baking powder in the dough, the texture is airier than you’d imagine, but also a bit crumbly; because it has egg, it’s more tender than you’d expect a dough to be. It has a bit of crunch and a bit of chew, like a thick cookie; it’s caramelish around the edges, where it browns a little more. It has a satisfying plainness to it — the primal attraction of butter, flour, sugar and eggs — which builds to irresistibility after a few bites. The two traditional finishes for the pastry are a crosshatch pattern, which is often the sign that the cake is filled with pastry cream, or a Basque cross — an elongated S bisected by a sideways S — fashioned from dough, which might tip you to a jam filling. Because Marichular told me that there were no rules about the decoration, I went for a crosshatch on my jam-filled gâteau. I also went for it with my fingers and was relieved when he said that that was the best way to eat it.

It resembles cake about as much as Boston cream pie does pie, which is to say, not at all.

I’m guessing that the tradition of eating gâteau Basque with your fingers started when it was first made, sometime, according to the chef, before the 18th century. He told me that the early cakes had no filling — they were like dry, crispy cookies — and were most likely made without eggs and with saindoux (lard) instead of butter, honey instead of sugar and corn flour in place of wheat flour. Marichular figures that it wasn’t until the professional bakers came along that the gâteau got a filling, probably homemade jam using whatever fruit was in season, and not until the 19th century that the filling might have become pastry cream.

Because I couldn’t make an exact re-creation of Bixente Marichular’s gâteau Basque all those years ago — it was difficult for me to find the right pastry flour and a particular kind of crystal sugar — I made my own version, working from memory and ingredients from my American supermarket and feeling just a bit guilty that I’d tampered with a classic. If only I’d called Marichular earlier, I might have saved myself some angst. In describing the pastry, Marichular said that it was part of Basque patrimony — that every family has its own recipe for the cake. And that every family thinks theirs is the best. And so I’m just following tradition: I made my own gâteau Basque for my family, and my family thinks it’s the best.