Netflix’s modern adaptation of Jane Austen’s classic novel Persuasion has been panned by the critics – but Stylist’s entertainment editor firmly believes there’s a place for this entertaining newcomer.

If you’ve seen any headlines relating to Netflix’s new adaptation of Persuasion recently, then you’ll know that the plucky new period drama has, for want of a better phrase, ruffled some feathers. After the trailer was released last month, Jane Austen fans emerged in droves to lament the Fleabag treatment of Austen’s classic tale, which sees Dakota Johnson’s heroine Anne Elliot winking at the camera and wisecracking about her ex-boyfriend.

If the internet criticism was considered strong, however, the backlash from the critics have been positively savage, with reviews branding the new adaptation a “travesty” and an “all-time disaster”, with one especially dramatic takedown declaring that “everyone involved should be in prison”.

Netflix’s Persuasion: why the internet is divided over the new trailer

But I’m here to tell you that the modern reading of Austen’s classic story about loss, longing and second chances at love is actually very enjoyable.

Directed by Carrie Cracknell, from a screenplay by Ron Bass (My Best Friend’s Wedding) and Alice Victoria Winslow (Hot Spot), the new adaptation has undeniably chosen to cast the heroine of Austen’s celebrated final novel in a bold way.

From the outset, we find Anne Elliot attempting to get over the heartache of being persuaded not to marry the then penniless but dashing Frederick Wentworth (Cosmo Jarvis) seven years prior by leaning into the flawed, messy, imperfect reality of being a woman. She is, in her own words, “single and thriving” – if glugging wine, crying in the bath, cuddling a pet rabbit and lying face down on your bed can indeed be considered living your best life.

Yes, Anne is not the demure, dignified protagonist that Austen fans would recognise from the novel. And as the film heats up and the estranged lovers are reacquainted, the anachronistic reading only intensifies. When Wentworth makes his first appearance, Anne is deep into an impersonation with jam on her face and a basket on her head. She repeatedly embarrasses herself, trips over, makes uncomfortable dinner party chat and snipes about her self-absorbed family. There are dramatic tantrums, flirtatious winks, wry quips and throughout it all, Johnson is truly compelling.

Despite the silly humour and liberal use of millennial vernacular (at one point, Anne’s sister Mary refers to herself as “an empath”, while a pile of sheet music is a “playlist”), you’d be mistaken if you assumed that Netflix’s Persuasion doesn’t have emotional heft. Most of the credit here has to be given to Dakota Johnson, who is able to convey the exquisite agony of seeing the one you love in the arms of someone else with a single look, or the toll that years of pining for The One That Got Away can have upon the way you carry yourself.

Much has been made of one notorious line from the trailer, “Now we’re strangers – worse than strangers. We’re exes”. But you might forgive the heavy-handedness of that modern insertion, when you hear Johnson lament how “life keeps going, it keeps going whether you approve of the progression or not,” or tell a broken-hearted widow the mantra that she repeats to herself daily in an attempt to keep despair at bay: “You’re young, you don’t know what the future has in store. You will rally, and you will be happy again”. There is, in fact, a great balance here between humour and heartbreak. 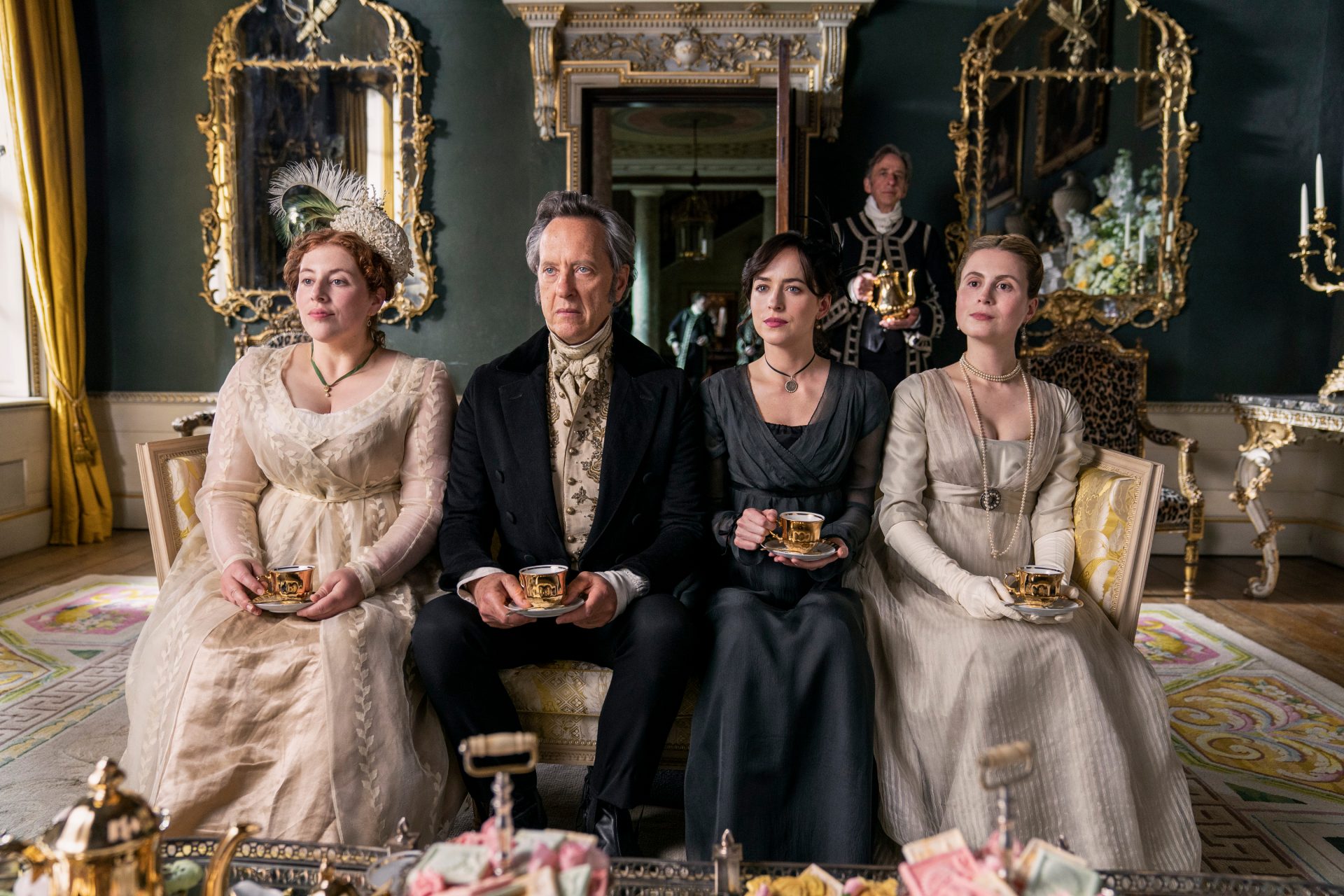 Persuasion is available to stream on Netflix now

I also loved Nikki Amuka-Bird’s turn as Anne’s trusted confidante, Lady Russell, who, I’m fairly sure will put a lump in your throat when she tells Anne that she deserves a man who “loves you enough to fight for you”. Netflix, of course, reigns supreme when it comes to aesthetic delights, and it’s no exaggeration to say that the cinematography in Persuasion is absolutely stunning. When you get to the sweeping scenes of Dorset, I defy you not to want to book a seaside getaway on the spot.

Undoubtedly, those who come to Netflix’s Persuasion looking to compare it to other literary adaptations such as Ang Lee’s Sense And Sensibility, Autumn de Wilde’s Emma or Joe Wright’s Pride And Prejudice will find fault. Has it strayed from the source material? Yes. Is it historically accurate? Probably not. But this is a stylish, relatable and thoroughly entertaining adaptation, and I think there is definitely a place for it in the Austen canon.

Now that the world’s largest streaming service has put Jane Austen on its home screen, a whole new generation is about to discover the beloved author. But beyond delving into the riches of Austen’s work, I actually think that this adaptation might just help people reconsider what’s keeping them apart from the one they love, and if it’s all just really a big misunderstanding. Who knows, Persuasion might just inspire some real-life reconciliations.

Persuasion is streaming on Netflix now