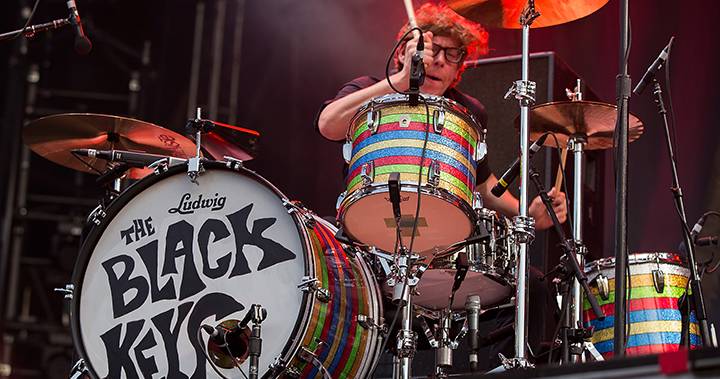 After a nearly five-year-long hiatus, The Black Keys are back, and they came with a surprise. New music.

Their 2010 album, Brothers, essentially put The Black Keys on the map in North America, so the release of another successful album, El Camino (2011) called for an intense touring schedule — one that carried on for four years.

Frontman Dan Auerbach and drummer Patrick Carney decided to take a break from each other in 2015 to dabble in producing and focus on their own musical projects altogether. The Lonely Boy rockers’ breakup was continuously rumoured, however, never confirmed.

As revealed by Carney, 38, on the Joe Rogan Experience podcast, the since-confirmed hiatus was decided after the pair grew tired of their heavy touring schedule.

Dan Aurerbach and Patrick Carney of The Black Keys induct Steve Miller onstage at the 31st Annual Rock and Roll Hall of Fame Induction Ceremony at Barclays Center of Brooklyn on April 8, 2016 in New York City.

For those familiar with The Black Keys, Lo/Hi comes as a return to its classic rock and blues roots embellished with that signature psychedelic sound.

The three-minute-long was recorded in Auerbach’s own Easy Eye Sound studio, which is located in Nashville, Tenn.

Over the last half-decade, the Ohio-born rockers have worked on a number of separate projects. Auerbach started a brand new band under the moniker The Arcs in 2015. He also released his second solo album, Waiting on a Song, in 2017.

Branch and Carney began a romantic relationship throughout the recording process and were subsequently engaged that year. They had a child together in 2018.

Carney is also known for composing the theme song for Netflix’s hugely popular animated series, BoJack Horseman. He composed the theme with his late uncle, Ralph Carney — who was known for his work as a saxophonist with Tom Waits.

Dan Auerbach of The Black Keys performs at the Lands End Stage during day 2 of the 2015 Outside Lands Music And Arts Festival at Golden Gate Park on Aug. 8, 2015, in San Francisco, Calif.

Co-written and produced by the duo, Lo/Hi is seemingly reminding many longtime fans across the world why they fell in love with The Black Keys in the first place.

As of this writing, neither Auerbach, 39, nor Carney, have commented on The Black Keys’ sudden return.

It’s expected that the band are currently working on the long-awaited follow-up to Turn Blue.

Patrick Carney of The Black Keys performs onstage during the Pemberton Music Festival on July 17, 2015, in Pemberton, B.C.

Lo/Hi is now available on all major streaming platforms.