Every month, Netflix Australia adds a new batch of movies and TV shows to its library. Here are our picks for July, broken down by release date.

In the original U.S. version of “Designated Survivor,” an obscure bureaucrat is elevated to the presidency after everyone who outranks him is killed in a terrorist attack. The new South Korean adaptation “Designated Survivor: 60 Days” starts with that same premise, with Ji Jin-Hee playing the reluctant new president, serving a 60-day emergency term. Fans of the first series should appreciate the subtle ways the story has changed to reflect the fine distinctions between two countries’ political systems.

The Netflix publicity department has urged TV critics to stay mum about even the most general details of what happens in the third season of “Stranger Things.” But it doesn’t spoil much to announce that Hawkins, Indiana’s courageous band of geeky teenage monster-fighters are about nine months older than they were during season two, and that they’ll be dealing with new otherworldly threats in the summer of 1985. “Stranger Things” has been one of Netflix’s most reliably entertaining series, with its blockbuster production values, clever ‘80s nostalgia and warmhearted adolescent camaraderie. The simplest, least problematic way to describe these new episodes is to say that they won’t disappoint the show’s many fans.

The “Battlestar Galactica” actor Katee Sackhoff returns to space in “Another Life,” a science-fiction drama reminiscent of “Alien” and “2001: A Space Odyssey.” Sackhoff plays starship commander Niko Breckinridge, on a mission to track the origins of a mysterious alien object. Selma Blair plays a reporter and social media celebrity along for the ride, while Justin Chatwin is a military officer (and Niko’s husband), working for a government organization that may have its own agenda for the expedition. With its big cast and open-ended premise, “Another Life” is set up to run as long as Sackhoff’s most popular series, provided that it catches on with audiences. 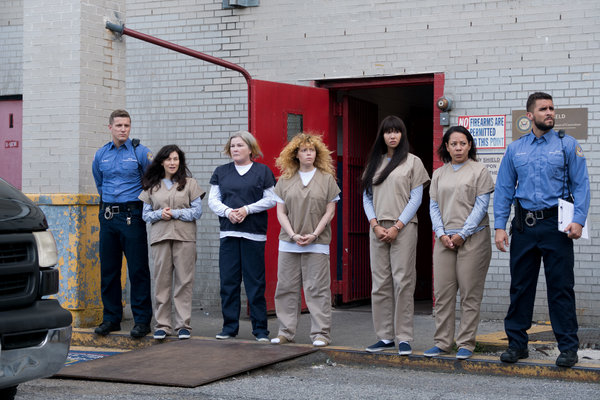 Six summers ago, Netflix debuted one of its first big zeitgeist-capturing hits in “Orange Is the New Black,” a snappily paced, often darkly funny women’s prison dramedy, which raised questions about class, race, sexuality and gender that few TV series were addressing at the time. This year’s seventh season will be the last. The series appears to be going out on a high, after a sixth season that returned to the eclectic, eventful episodic storytelling that originally made the show a sensation. If nothing else, it’ll be an emotional experience saying goodbye to these women, who’ve been living lives filled with passion and purpose, even behind bars.

The phenomenal popularity of the sitcom “Kath & Kim” was primarily due to how wickedly and unapologetically it satirized the tastes, values and aspirations of middle-class Melbourne suburbanites. But the show probably wouldn’t have run for four eight-episode seasons (plus two movies) if the co-creators/co-stars Jane Turner and Gina Riley hadn’t given their characters such humanity and humor. Kath Day-Knight and Kim Craig were always good company, even at their gaudiest — and they remain so years later, even in reruns.

Netflix is adding another classic Monty Python title to its collection, joining “Life of Brian,” “Holy Grail,” and multiple live performances and anthologies. The surreal 1983 sketch comedy film “The Meaning of Life” is like an especially ferocious and expensive episode of the troupe’s 1970s “Flying Circus” series. While targeting such common Python foils as the fatuous upper-class and the easily swayed proles, the movie also indulges in elaborate set pieces and gross-out jokes, in what ultimately becomes an unsparing vision of humanity at its most vile.

In the writer-director Wi Ding Ho’s arty Taiwanese drama “Cities of Last Things,” three different actors play the same suicidal man. The plot proceeds in reverse chronological order from the moment of the character’s death, in three chapters presented in different styles. The movie starts as a dystopian science-fiction story, then becomes a moody police procedural, then ties everything together with a final segment about the protagonist as a teenager. “Cities of Last Things” is reminiscent of the work of Wong Kar-wai, as Ho takes the stuff of genre pictures and drops it behind a study of one lost, lonely soul.

The hard-boiled 2010 French thriller “Point Blank” gets a breezy American remake: Anthony Mackie plays an ER nurse named Paul whose wife is kidnapped by a band of crooks, forcing the hero to help a murder suspect, Abe (Frank Grillo), escape the hospital. The situation remains life or death, and the new movie features plenty of white-knuckle chases and narrow escapes. But the core of the film is the wisecracking relationship between Paul and Abe, who have to learn to trust each other to survive the cops and mobsters on their tail.

One of the writer-director Nora Ephron’s most enduring romantic comedies, 1998’s “You’ve Got Mail” (co-written with her sister Delia) updates Miklos Laszlo’s 1937 play “Parfumerie” (previously adapted into the 1940 movie “The Shop Around the Corner,” the 1949 movie musical “In the Good Old Summertime” and the 1963 Broadway musical “She Loves Me”). The 1998 film stars Meg Ryan as an independent bookshop owner who anonymously flirts online with a man (played by Tom Hanks) who runs a chain of big box bookstores. That plot is a reliable crowd-pleaser, but what sets “You’ve Got Mail” apart is its contemporary references, making it a surprisingly accurate portrait of American life in the late 1990s.

Who might have guessed that combining “Groundhog Day” and “Scream” would be such a great idea? The horror-comedy “Happy Death Day” benefits from a winning performance by Jessica Rothe as Theresa, a reckless sorority sister who finds herself reliving the same day over and over — and repeatedly getting murdered by a masked slasher at the end. As is usually the case in these kinds of stories, Theresa has to fix her own life to break the cycle of violence, in a clever plot that mixes college high jinks and mystery-suspense.

Former Disney Channel teen star Brenda Song gets a rare motion picture leading role in “Secret Obsession,” playing a newlywed suffering from memory loss and post-traumatic stress after an assault. Mike Vogel plays her anxious, attentive husband, while Dennis Haysbert plays a detective who has a personal stake in her case and thinks he may be on the verge of cracking it. The director/co-writer Peter Sullivan and co-writer Kraig Wenman are both prolific contributors to Lifetime and Hallmark Channel TV movies, so they ought to bring a sense of heightened melodrama to this traditional woman-in-peril suspense premise.

This chilling documentary breaks down the complicated Cambridge Analytica scandal, explaining how a data-mining and analysis firm gained access to millions of Facebook users’ personal data, and then fed that information to political operatives working to sway elections around the world. Directors Karim Amer and Jehane Noujaim don’t just rehash yesterday’s news; “The Great Hack” is meant more as a cautionary tale, warning viewers about what they give away every time they sacrifice privacy for convenience.

The writer-director Gideon Raff has lined up a terrific cast for his historical drama “The Red Sea Diving Resort,” based on the true story of Mossad agents who, in 1981, smuggled Ethiopian refugees into Israel via an abandoned Sudanese vacation spot. Chris Evans plays the leader of the mission, while Michael K. Williams plays a man who risked his life to help make arrangements locally. Ben Kingsley, Greg Kinnear, Haley Bennett, Michiel Huisman and Alessandro Nivola also appear, in a film that turns a spotlight on some courageous men and women.

The “Stranger Things” actor David Harbour returns to Netflix this month for an unusual half-hour comedy special: a mockumentary about a man who learns about his family’s strange showbiz history after finding some rare footage of a televised horror play his father worked on. Written by John Levenstein and directed by Daniel Gray Longino — both veterans of the satirical sketch series “Kroll Show” — “Frankenstein’s Monster’s Monster, Frankenstein” also features Alfred Molina and Kate Berlant, in a story that parodies the entertainment of the past while also ruminating on the mysteries inherent in the act of creation.

Jerry Seinfeld gets back on the road with some very funny people for the latest season of his offbeat talk show, in which he casually chats with his colleagues in vintage vehicles and at quaint cafes. Guests this year include Eddie Murphy, Seth Rogen, Martin Short, Melissa Villaseñor, Matthew Broderick, Jamie Foxx and Ricky Gervais, who’ll all get lightly grilled about the craziness of show business and the art of getting laughs. 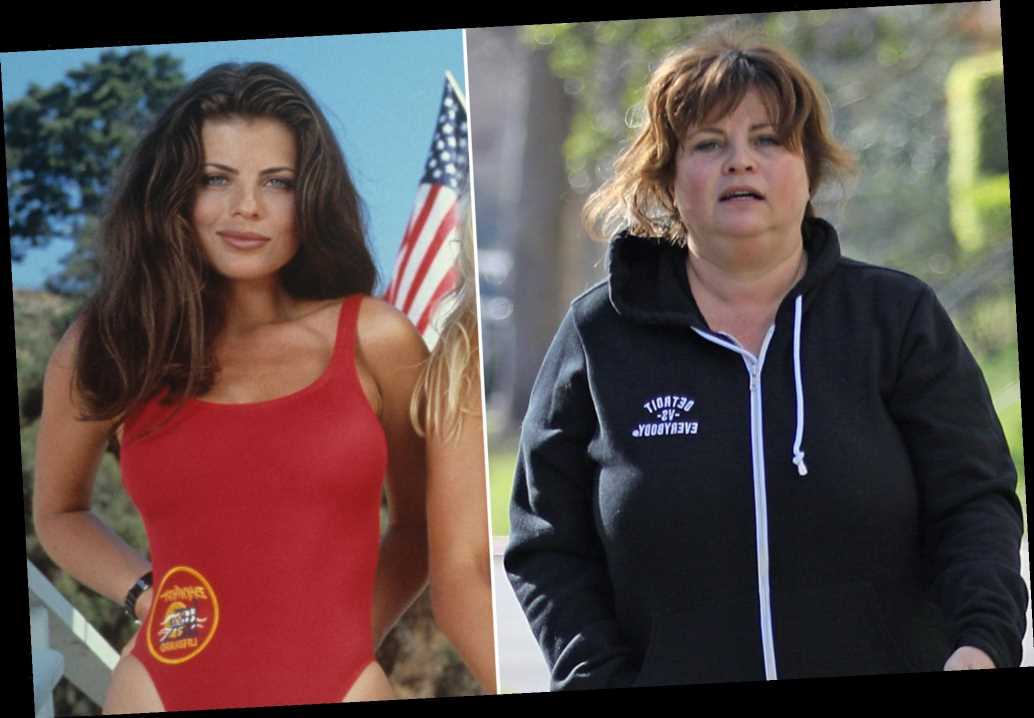 Jake Paul Interrupts Logan’s Podcast To Confront Him About Tana Mongeau PDA Pics — Watch
We and our partners use cookies on this site to improve our service, perform analytics, personalize advertising, measure advertising performance, and remember website preferences.Ok