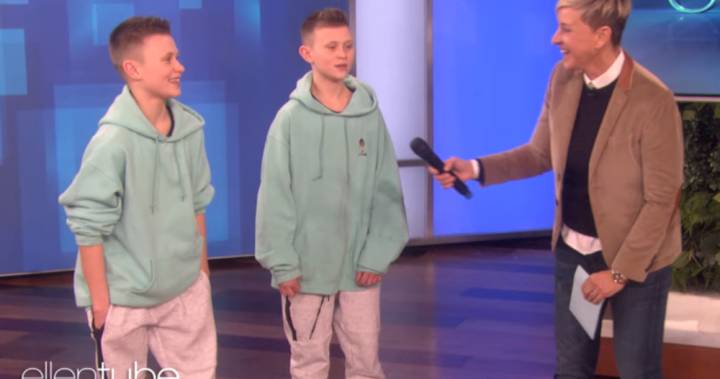 Twin teen brothers from Waterloo, Ont. showed off some special puck skills during a segment on the Ellen DeGeneres Show on Friday.

Connor and Carson Klein were pulled out of the audience to participate in a regular segment called “Hidden Audience Talent.”

The pair of 13-year-olds were brought some mini-sticks and pucks before they proceeded to wow the crowd with their hockey tricks.

The pair tapped the pucks and twirled the sticks to the tune of Vanilla Ice’s Ice Ice Baby. It did not appear as though the pucks touched the ground during their routine.

The pair have an Instagram page where they can be seen showing off their skills in the region and in California.

This is how people at were reacting to our hockey tricks at venice beach.? #connorandcarsoncline #clinetwinsellenshow #clinetwins