The Season 2 premiere finds Lasso and friends demoted from the Premier League. And yet, not much has changed. 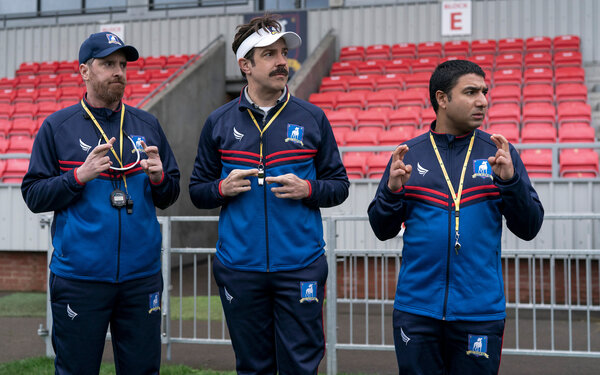 So here we are. Relegation.

At the end of the first season of “Ted Lasso,” the show’s fictional British football (soccer) squad, AFC Richmond, lost its final game of the season in the closing minute. As a result, the team’s record was so bad it was relegated (demoted) from the Premier League to the lower-tier Championship.