Could Blake Moynes’ feelings for Katie Thurston be legit? Tayshia Adams approves of the season 16 contestant shooting his shoot with the season 17 star.

“I was a little shocked!” the 30-year-old former phlebotomist exclusively told Us Weekly before Blake’s arrival, which is set to air later this season. “But in a good way, you know, I had a conversation with him and he’s a good man. So, if he felt like he wanted to show up and surprise someone, then I stand behind it.” 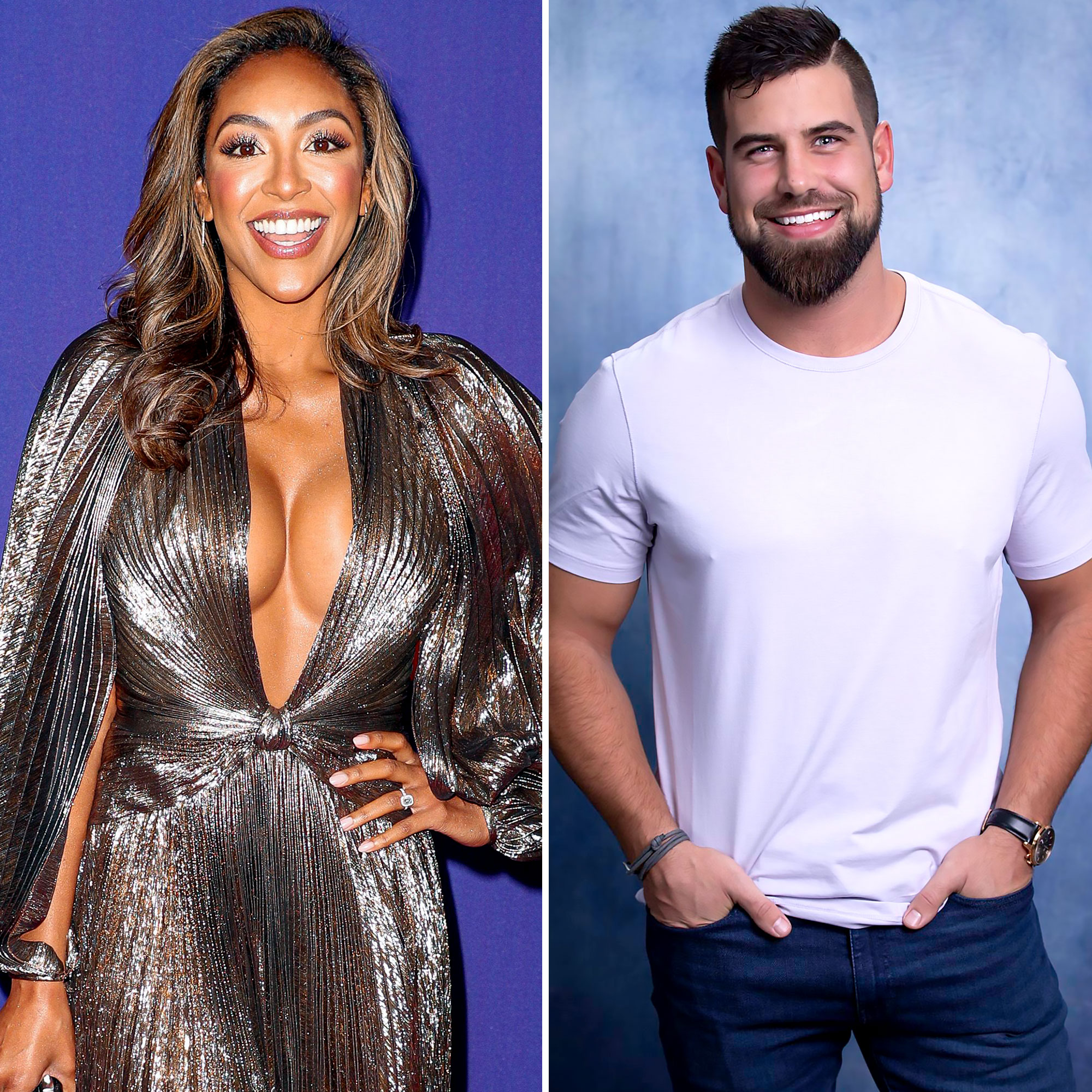 Bachelor Nation watched Blake, 30, explore his feelings for Clare Crawley and Tayshia during season 16 of The Bachelorette after the hairdresser left the show early with contestant Dale Moss. Us confirmed in April that the Canadian was spotted on the set and his late arrival was teased in the trailer.

Tayshia, who got engaged to Zac Clark during the December 2020 finale, is cohosting season 17 of The Bachelorette with Kaitlyn Bristowe — who had a surprise visitor of her own on season 11 of the show. After striking up a friendship with Nick Viall pre-show in 2015, the “Viall Files” podcast host, 40, joined Kaitlyn’s journey midseason and finished as the runner-up.

Everything Cohosts Tayshia and Kaitlyn Have Said About Katie’s Journey

“That’s why it’s so nice to have women there to support you who have been through it to down to, like, someone joining late in the season. I was like, ‘Been there, let me talk you through this,’” the “Off the Vine” podcast host, 35, told Us. “Because it’s a really scary thing to bring someone new. Like if you don’t have that connection, I would say, ‘Don’t do it.’ But if there’s any sort of spark there, this is your journey. This is your time to explore every relationship that you can.”

Kaitlyn added that she gave Katie, 30, the advice to go for it with Blake. “Because I was, like, ‘Look, I would have really still thought about that person if I didn’t give it a chance,’” she explained. “And yeah, I made a lot of the guys mad …”

The Spade & Sparrows founder, who split from winner Shawn Booth in 2018, agreed: “That’s what you’re supposed to do. And I’m really glad I did it because that’s how I figured it out.”

Katie, for her part, told Us ahead of the June 7 premiere that she was well-aware of who Blake was before he arrived in New Mexico.

“I definitely knew who he was, which also [he’s] Tayshia’s ex-boyfriend! So that’s weird,” she explained. “We had chatted before, but usually what happens is, like, the guys will reach out to the women once they’re eliminated and be like, ‘Good luck, you did great.’ Like very generic, you know? And so to see him, I was like, ‘Why is he here?’ Like, ‘What’s happening?’”

The Bachelorette airs on ABC Mondays at 8 p.m. ET. For more from Tayshia and Kaitlyn, watch the video above.