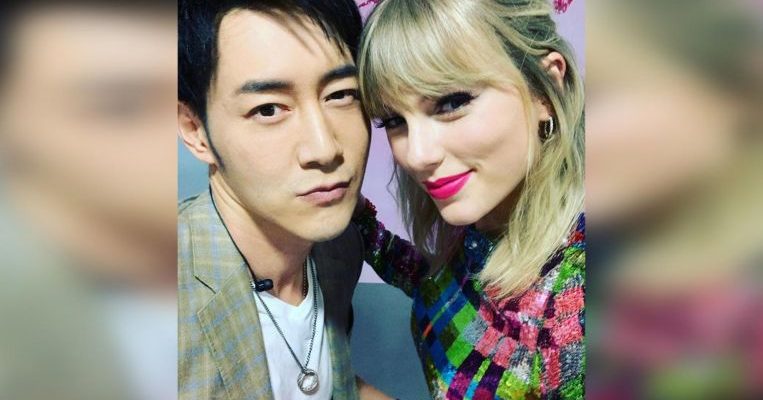 Fans are protective of Shake It Off singer Taylor Swift.

So when they perceived that Andy Chen, a host for a fan-club meet, was too touchy-feely with the superstar, they blasted him online.

They also slammed the MTV veejay for his poor command of English during the event in Guangzhou on Monday (Nov 11).

Chen has since issued an apology on Weibo, explaining that his actions on stage were guided only by a need to “ensure that everything went smoothly” and that Swift’s safety was not compromised.

If there was “inadvertent physical contact”, he pleaded for understanding from Swift and her fans, promising to do better in his hosting gigs in future.

But based on videos posted online of the event, Swift did not appear to be put off by Chen’s behaviour, though he did seem to use his hand too liberally to guide her around the stage.

Swift won a lawsuit in 2017 against a deejay whom she said had groped her during a visit to a Colorado radio station.