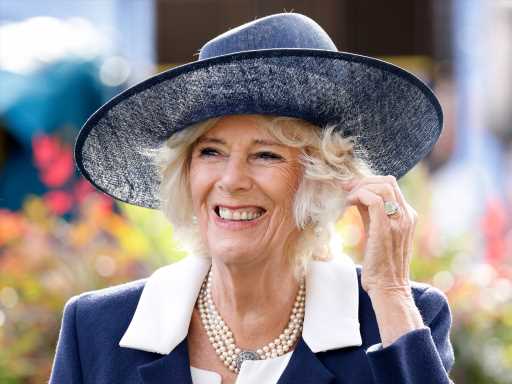 In a recently released picture of Queen Consort Camilla, the royal shared some heartwarming news with fans while sending subtle messages about her family. In the photo, Camilla is sat in the Morning Room of her home, the Clarence House, amongst dozens of teddy bears.

“The Queen Consort is pictured with some of the 1,000 teddy bears that were left in tribute to Queen Elizabeth,” the caption explained, noting that all the bears will be donated to Barnardo’s, UK’s largest children’s charity. “The bears have been scrubbed up to look their best ahead of arrival at their new home,” the statement continued.

In the background of the adorable shot, royal portraits are shown. The foremost portrait is the official picture Prince Louis’ christening in 2018, People Magazine reported. Though it was 11-month-old Louis and his parents Prince William and Kate Middleton‘s big day at the time, it’s important to note that Prince Harry and Meghan Markle were also in attendance and are in the picture. The Duke and Duchess of Sussex are standing beside King Charles and Camilla in the photo.

William and Kate’s other kids, Prince George, 9, and Princess Charlotte, 7, are also pictured. Louis, who was just a baby at the time, is now 4 years old.

In the second picture that was identified, the late Queen Elizabeth and Prince Philip are seen in the official portrait for her Diamond Jubilee. It’s a sweet nod to the two royals and a lovely way to keep the duo in her memory. 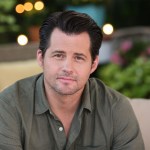