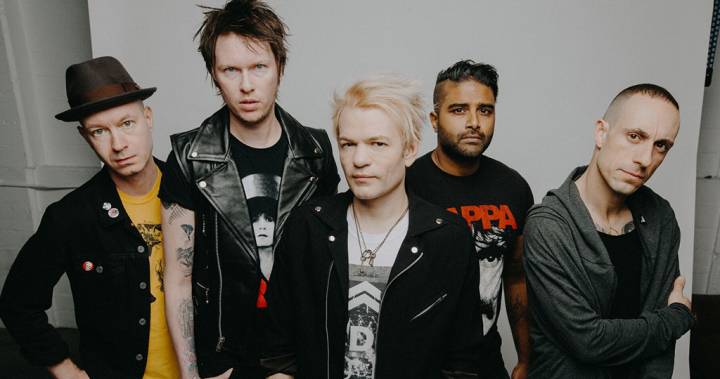 Ahead of its extensive North American tour, which kicks off this Saturday in Salt Lake City, Utah, Sum 41 has announced its plans to return home to Toronto for an exclusive performance this summer.

On Aug. 8, the Canadian rock icons will play Toronto’s Echo Beach in front of nearly five thousand avid fans along with up-and-coming singer-songwriter Grandson as their special guest.

The announcement came with news of a brand-new album — the first in three years. Order in Decline will be released through Hopeless Records on July 19.

The lead single, Out for Blood, dropped on Wednesday along with a music video perfectly suited to the new rock anthem. The video was produced by Selfish Entertainment and directed by Lee Levin.

WATCH: Sum 41 return to form with brand-new single ‘Out for Blood’

Throughout their career, the band members have earned massive success with hits such as In Too Deep, Motivation and The Hell Song.

After a brief decline in 2011, the band came back strong and regained its popularity with 2016’s 13 Voices.

The No Personal Space tour will run throughout the U.S. until July before Sum 41 “comes home.”

As well as Toronto, the five-piece will play the Rock La Cauze Festival in Victoriaville, Que., on Aug. 10.

As of this writing, it’s unclear whether the band will announce any more Canadian dates.

Deryck Whibley of Sum 41 performs live onstage during Day 2 of Reading Festival at Richfield Avenue on Aug. 25, 2018 in Reading, England.

Tickets are now on sale for Sum 41’s performance at Echo Beach this summer. The Fat Lip rockers will hit the stage on Aug. 8.

Additional details can be found through the official Sum 41 website.

Out for Blood is now available to stream worldwide. The upcoming album, Order in Decline, can now be pre-ordered.