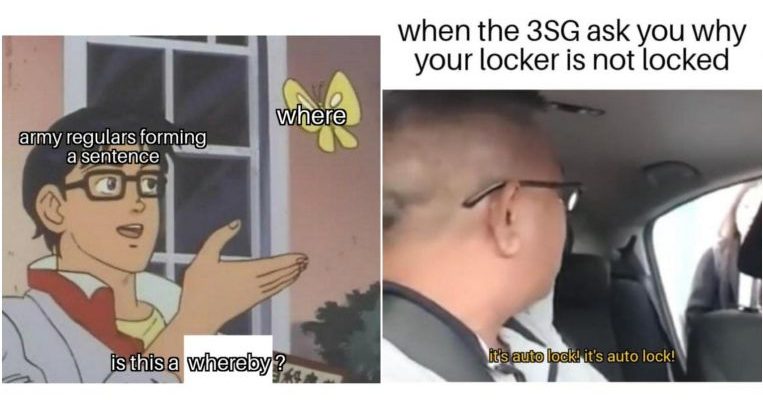 SINGAPORE – “Is it because I’m Chinese?” a passenger in a Gojek asked her driver, after accusing him of holding her hostage in his car.

Their exchange was captured on video, uploaded to the Internet and went viral two months ago.

The video spawned what seems to be an inevitability in the social media age – a veritable flood of memes.

Meme accounts like Yeolo and Memedef poked fun at everything from the passenger’s apparent shock that the car door had locked automatically to her questioning whether the situation had happened because of her race.

Various companies and organisations jumped on the bandwagon with memes of their own, with the Singapore Civil Defence Force quipping in a post that its ambulance doors “auto-lock for your own safety”.

Welcome to the age of memes – pronounced meem, not may may or mee mee.

The term was first coined by biologist Richard Dawkins in his 1976 book The Selfish Gene.

Dawkins originally used the term to refer to the propagation of cultural traits – comparing the spread of ideas in a manner similar to the biological transmission of genes.

Now however, the term is more commonly associated with the format of text superimposed on photos, to communicate an idea or make fun of a situation.

First appearing on Internet message boards and sites such as 4Chan in the early 2000s, meme accounts are now among the most popular on social media platforms.

“Memes are now part of the digital vocabulary,” he said.

“We started a page, uploaded the meme, and within a day we got a hundred likes,” said Mr Ang, who believes their take on local events resonates with their audience.

SGAG, which now has almost a million followers on Facebook, has now expanded to a team of 70 here, while its Malaysian offshoot MGAG has a team of 15. Besides memes, they now also produce videos and branded content.

Another local meme account, the national service-oriented Memedef, which launched slightly more than a year ago, has garnered more than 28,000 followers on Facebook.

Memedef creators Raphael Yee, 21, and Jonathan Lee, 23 – both still doing their NS in the army – say the account name is a play of words on Mindef, the abbreviation for the Ministry of Defence.

Mr Lee said they posted up to 10 memes a day when they started, and quickly gained a following. “We were getting 1,000 to 2,000 new followers each week,” said Mr Yee.

The account pokes fun at the NS experience without bashing it, said Mr Yee, adding the memes have become a “force for good” for those in the army.

“They reach out to us on our Telegram chat, and on Facebook and Instagram, and tell us that we help them get through their day.”

The duo have also started a parody page, The Tekong Times, featuring satirical articles in the vein of popular US site The Onion.

But are there lines memes should not cross?

However, they did not seem to take into account issues such as the passenger’s safety and the driver’s livelihood, which were at stake.

“I think some sensitivity is in order,” he said during an interview with online chat-show Hangout With ST in February.

But she adds that memes can also be a positive means of expression, noting their use by undergraduate-aged students to discuss issues such as depression or unhealthy relationships.

Couching these issues in humour “allows young people to talk about it in a more off-handed way while guarding themselves”, said Dr Abidin.

Those running meme accounts here say there is no malicious intent when they create memes.

In fact, Memedef’s Mr Yee said his page is aimed at “spreading a little positivity”, noting that he and Mr Lee avoid jokes poking fun at sensitive matters such as gender or sexuality.

SGAG’s Mr Ang says he aims to use memes to lift the spirits of Singaporeans, and is glad that other meme accounts are thriving.

“Humour is something that always connects with people.”