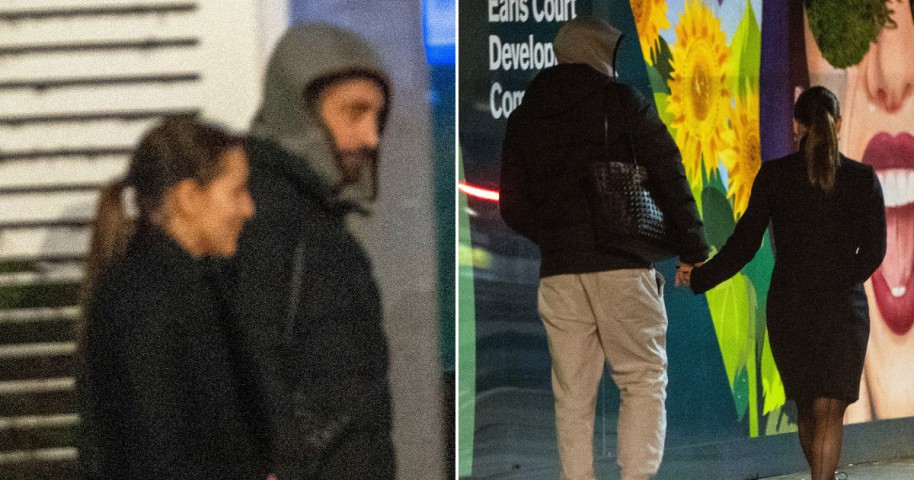 The rumours appear to be true, people! It looks like Strictly Come Dancing pros Giovanni Pernice and Jowita Pryzstal are an item.

Speculation began while the pair were still competing in the 2022 series of the BBC dance show, which saw Jowita triumph in her first series with a partner, lifting the glitter ball with Hamza Yassin.

Despite she and Giovanni typically keeping their distance on the dancefloor, the stars were engulfed in romance rumours, with a source previously sharing they had been ‘inseparable for weeks.’

Jowita, 28, and Giovanni, 32, have remained tight-lipped on the reports up until now, but didn’t seem afraid about being caught strolling hand-in-hand after a night out.

It’s believed that Giovanni waited outside the eatery for Jowita to arrive and she looked adoringly at him and flashed a smile before he escorted her inside.

They then supposedly spent over two hours inside the restaurant before leaving.

Jowita – who has reportedly split from her long-term boyfriend Michael Danilczuck, who she won The Greatest Dancer with in 2020 – looked typically stylish in a black coat and high heels.

She wore her brunette locks in a low ponytail and added some glam with a pair of earrings.

Meanwhile, Italian pro Gio kept it casual in a grey tracksuit and black puffer jacket, walking with his hood up to shield his face from the cold.

Ever the gentleman, though, the TV star carried Jowita’s bag on his shoulder as they chatted.

A source told The Sun: ‘She and Gio are the worst kept secret, but make a great couple.’

‘While they both kept insisting they were single, the pair’s chemistry was ridiculous — and they kept getting busted snogging in corridors. Crew even saw them kissing in the production office,’ they continued.

‘They make a great couple though, and have been pretty inseparable in the last few weeks.’

It’s believed the adorable pair have made their relationship ‘well known’ amongst friends, and have no shame ‘flirting’ in public.

Reps for Giovanni Pernice have been contacted for comment.