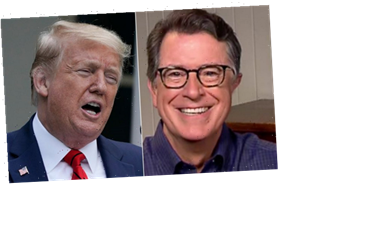 Colbert recalled on Thursday’s episode of “Watch What Happens Live with Andy Cohen” how Trump left him completely nonplussed during their one and only interview in 2015. It was an experience Colbert said he was not willing to repeat because Trump was “essentially boring.”

Trump was “actually kind of disappointing” during the interview because he played the ‘reasonable man,’” Colbert told Andy Cohen. Trump is “always kind of in persona mode,” but the one he played during their sit-down was “actually very quiet and very reserved” and not the rallying populist.

“He played it very safe,” said Colbert. “He wouldn’t even make eye contact for most of it. He played it extremely safe and that’s always boring. He’s essentially boring.”

Check out the interview here: