Appearing on TMZ Live to talk about her father’s legacy, JC Lee said she had created a character called Dirt Man and that they were working on developing him together. 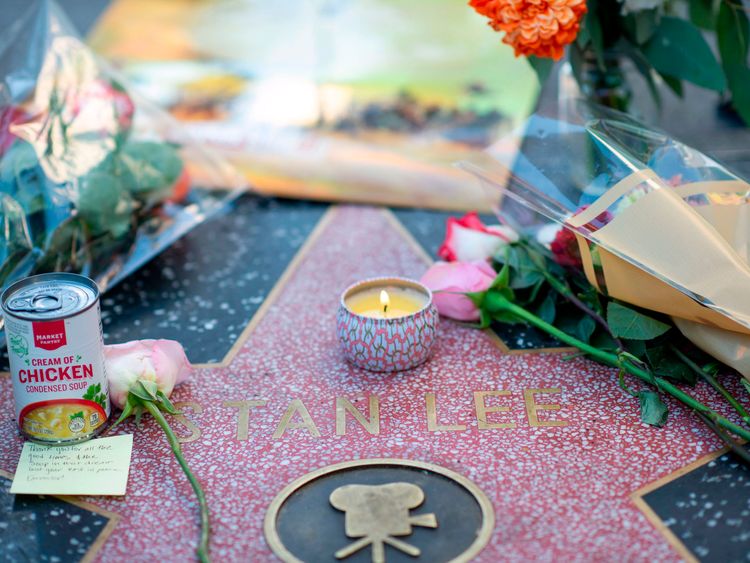 Stan Lee, who has created some of the most popular Marvel superhero characters in history including Spider-Man, X Men, the Incredible Hulk and Iron Man, died on Monday, aged 95.

JC Lee told TMZ she wanted to continue with the Dirt Man project, but would not give any details about his powers or origin story, only saying: “It’s very interesting.”

“The last little angel that we’ve got tucked away is Dirt Man,” she said. “It’s not over yet, we still have a little trickery.”

JC Lee said she hoped Dirt Man’s story would be made into a film.

She also spoke about her father’s love for Marvel fans, getting teary as she said he would “answer every fan letter that he could answer… he loved them”.

Tributes to Lee poured in from the world of film following his death, with actors who starred in Marvel movies posting messages on social media.

“There will never be another Stan Lee,” tweeted Chris Evans, who played Captain America on the big screen.

“For decades he provided both young and old with adventure, escape, comfort, confidence, inspiration, strength, friendship and joy.”

Iron Man star Robert Downey Jr said: “I owe it all to you. Rest in Peace Stan.” In his, Bob Iger, chairman and chief executive of The Walt Disney Company, described Lee as “extraordinary as the characters he created”.

He continued: “A super hero in his own right to Marvel fans around the world, Stan had the power to inspire, to entertain, and to connect. The scale of his imagination was only exceeded by the size of his heart.”