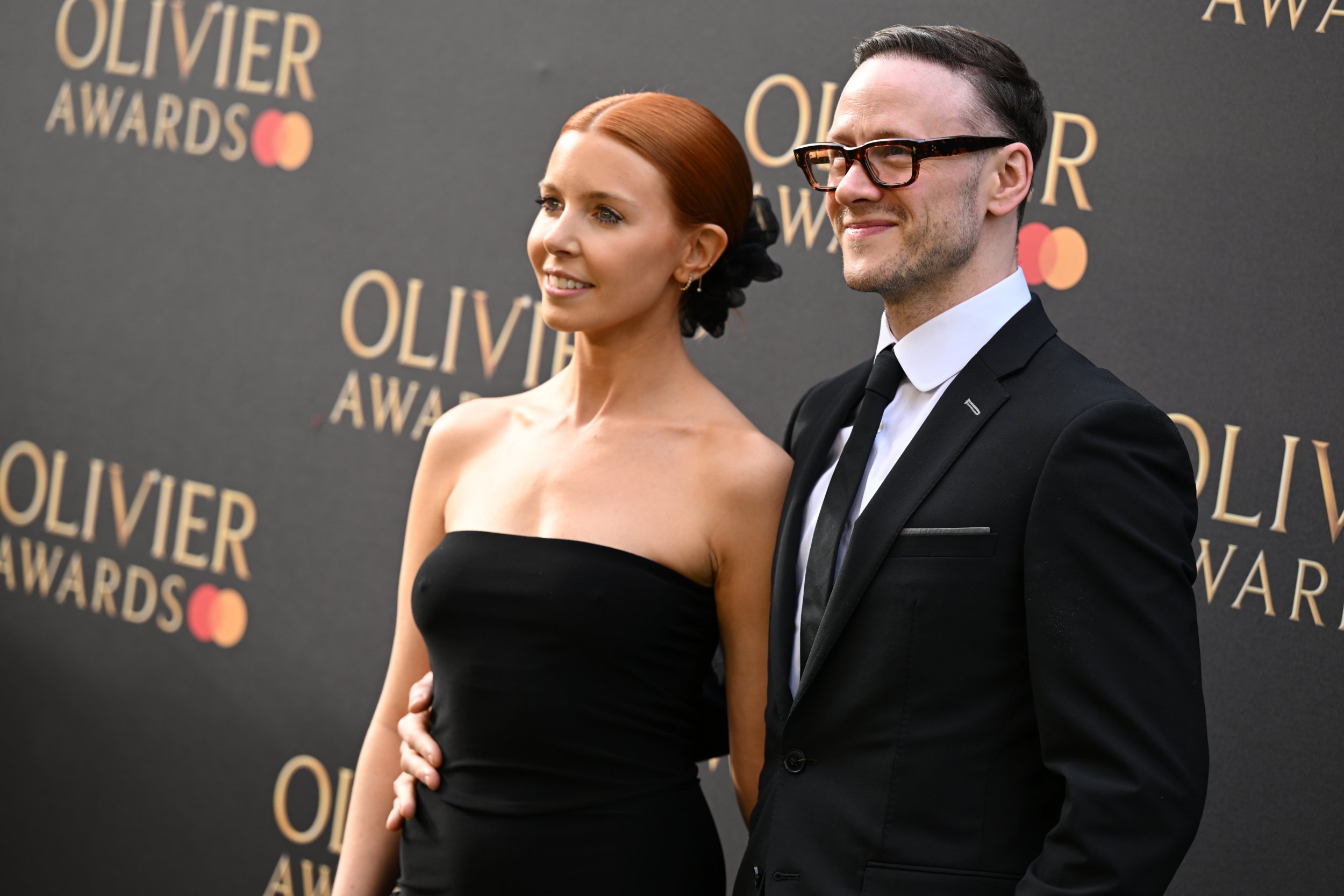 She may be a celebrity, but Stacey Dooley didn’t find out she was pregnant in the most glamorous setting.

The TV presenter is currently expecting her first child with Kevin Clifton, whom she met while they were partnered together on Strictly Come Dancing in 2018.

Stacey’s due date is fast approaching, but before she properly kicked off 2023, the star wanted to reflect on her 2022.

In doing so, she revealed that she actually discovered she was expecting a baby… while in the toilet at Selfridges.

All hail Stacey for keeping it real!

Sharing a New Year’s message on Instagram, Stacey posted a screenshot of the moment she FaceTimed partner Kevin to reveal the happy news.

‘Happppppy new year kidssssss!’, she wrote on her Story. ‘Wishing you all only great moments ahead.’

Stacey continued: ‘2022, the year I found out we were havin a baby.

‘I did a pregnancy test in Selfridges toilet and FaceTimed Kev in the back of a black cab.’

Recalling the mad moment, she explained: ‘He was filming for a gig and had a radio mic on so it was all very chaotic,’ adding a crying laughing emoji.

Stacey – who was unveiled as Prawn Cocktail on The Masked Dancer last series – has been sharing her pregnancy journey with fans.

After appearing on the crazy ITV dance show, she later said she’d been battling morning sickness in the early stages of her pregnancy during filming.

‘The choreographers were such sweethearts, and the entire crew BTS. Ta so much.

‘So fun! (Also, so sorry to my gorgeous runner, I just know my dressing room must’ve stunk of 1st trimester sickness).’

Announcing her pregnancy earlier last year, the Strictly champ could hardly contain her excitement as she showcased her growing bump.

She wrote in summer that they were ‘delighted,’ adding a sweet message to er other half.

‘Kev, you’re magic, I love youuuu,’ Stacey penned, before joking it was becoming ‘impossible’ to keep their news a secret.

‘Here goessssssss,’ she signed off, and it appears the star could be due any day now…