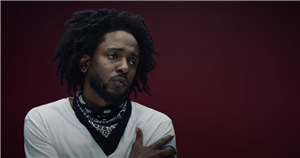 Kendrick Lamar knows exactly how to create a polarizing cultural moment. On May 8, the rapper surprised fans with the “The Heart Part 5” video — a continuation of a series of nonalbum singles he’s been dropping since 2010 — ahead of his highly anticipated “Mr. Morale & the Big Steppers” album. For the newest installment of the “The Heart” series, Lamar employs a sample of Marvin Gaye’s “I Want You” as the baseline for his introspective song, which reflects on his life and the lives of other well-known Black men.

Thanks to deepfake technology, Lamar morphs into folks like O.J. Simpson, Kanye West, Jussie Smollett, Will Smith, Kobe Bryant, and Nipsey Hussle in the provocative visual. Like everything that stems from K.dot, “The Heart Part 5” is filled with a ton of deep messages you might miss the first time around. We broke down every major moment in the video that deserves a deeper dive. Ahead, read up on all the Easter eggs in “The Heart Part 5.”