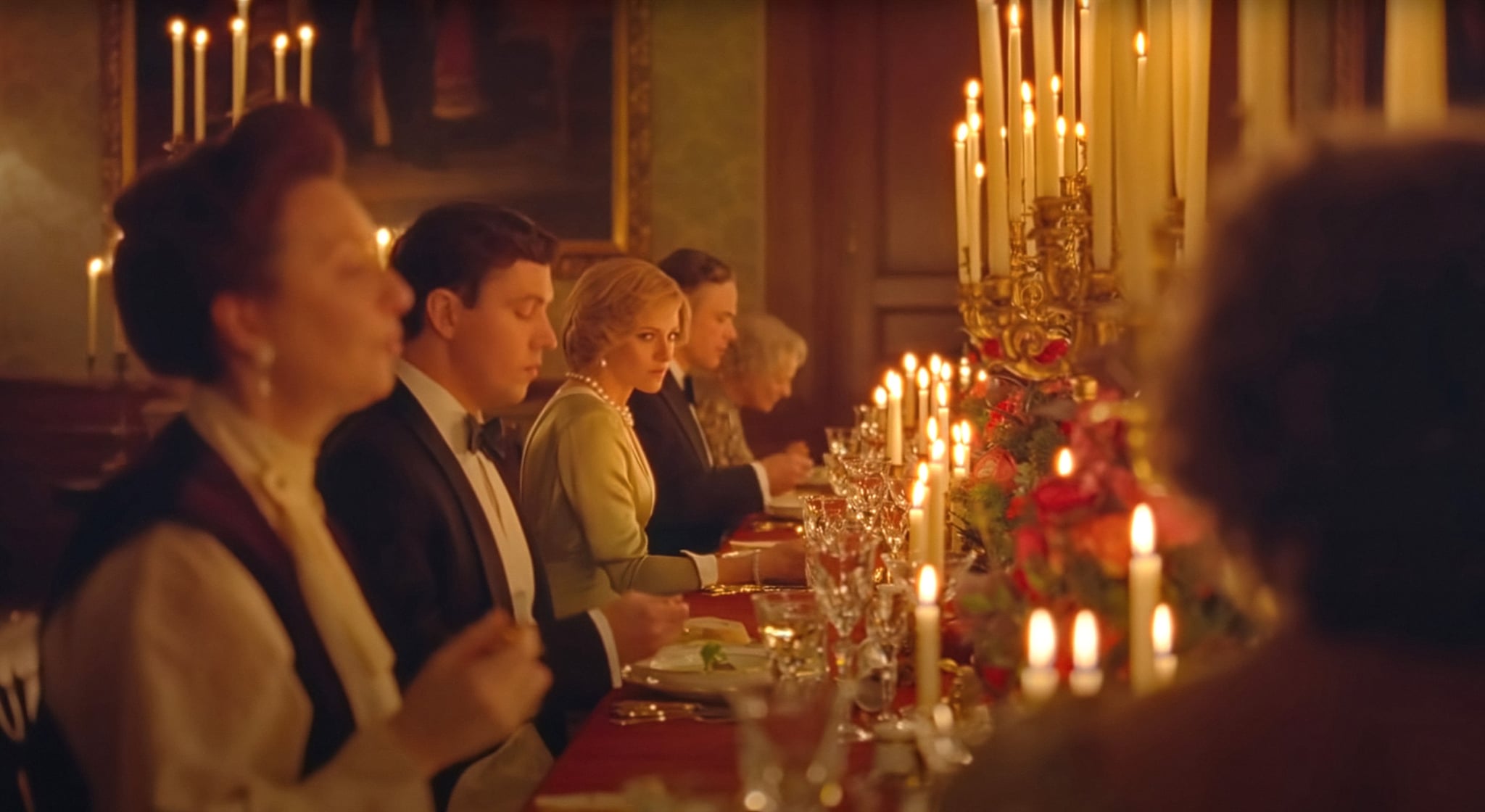 Kristen Stewart’s dedication to her role as Princess Diana in Spencer was nothing short of spectacular, capturing the anger and heartbreak of the late British royal in a way that sheds some light on her well-known story. But one startling scene left us with more questions than answers. During a tense holiday dinner, Diana clutches the pearls around her neck — a Christmas gift from Prince Charles (Jack Farthing) — and yanks them off, sending the individual pearls soaring into her bowl of soup and her mouth. Seething, Diana continues to eat, chewing around the oversize jewels like a single nibble wouldn’t break all of her teeth in real life.

Thanks to the help of some movie magic, Stewart’s teeth are perfectly fine, and what she was actually crunching on sounds pretty sweet, according to EW.

Breaking decorum is a notable offense in the company of royals, which begs the question: did the IRL Princess Diana actually tear off her necklace at the dinner table? Promoted as a “fable from a true tragedy,” the biopic is openly fictionalized in more ways than one, which means it’s unlikely that much of what happened in the film — especially the pearl-eating scene — actually happened.

Reflecting on the strange scene, Stewart implied that the moment, as it was presented in the movie, could have even been a daydream, conveying Diana’s unexpressed feelings about the dinner party. “There are just certain things you can’t know that happened behind closed doors,” she told EW. “You don’t know what happened within [her] privacy, but also fully embedded in her subconscious and her fantasies and her nightmares and her dreams, all of that.”