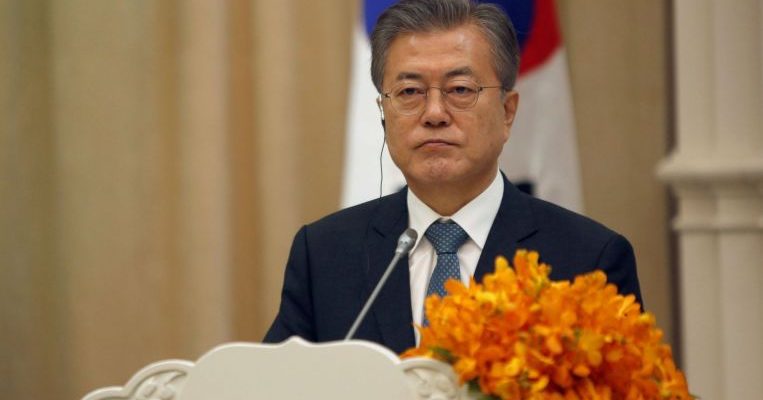 Mr Moon said the case includes “strong allegations of consent, backing and favours” for clubs by police and tax officials, adding it would be a “huge shock” if they were true, according to a statement from his office on Monday (March 18).

The scandal has marred the reputation of the K-pop industry, one of the country’s most prominent exports along with Samsung phones.

Seungri, a member of the five-man BigBang boy band, was questioned by police after local broadcaster SBS reported he may have provided guests with prostitutes at a club in the Gangnam district. MBC reported separately last month drugs might have been used at another club where Seungri was an executive.

Seungri has denied any wrongdoing and has not been charged.

The scandal grew when SBS reported this month separately that another K-pop celebrity, Jung Joon-young, sent Seungri and other entertainers a chat message with a spy-cam video showing him having sex with a woman. Jung, who is also being investigated, has apologised and admitted the allegations, according to Yonhap News. The police have sought a warrant to arrest him over the secret taping of women in sex acts and sharing of the footage.