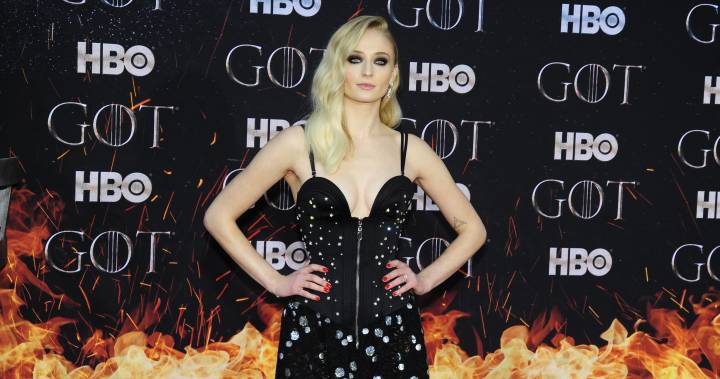 Game of Thrones star Sophie Turner shared that dealing with social media trolls and growing up on TV has affected her mental health.

She revealed that criticism over her role as Sansa Stark on the HBO hit series was one of the reasons that led to her depression.

The 23-year-old actress, who has been working on Game of Thrones since 2011, told Dr. Phil McGraw that her mental health took a dive when she was 17.

“I think it was a combination of social media (being) on the rise at that time and also my friends were going to university, and I wasn’t going to university,” she explained on McGraw’s podcast, Phil in the Blanks. “I was working, but I was still living at my parents’ house, so I felt very alone.”

She continued: “It started to go downhill when I started to hit puberty and was gaining weight and there was the social media scrutiny and everything.”

Turner said that she could read “ten great comments and you ignore them, but one negative comment, it throws you off.”

“People used to write ‘Sansa gained ten pounds’ or ‘Sansa needs to lose ten pounds,’” Turner shared. She mentioned that she had trouble performing in character because she was so focused on the criticism she was receiving.

“It was just a lot of weight comments, or I would have spotty skin because I was a teenager – and that’s normal – and I used to get a lot of comments about my skin and my weight and how I wasn’t a good actress,” Turner said.

Turner also revealed that while on set she found herself requesting they “tighten my corset a lot” because she was “very, very self-conscious.”

“It would just affect me creatively, and I couldn’t be true to the character because I was so worried about Sophie.”

She added that, at the time, she had zero motivation to go out with anyone but she did confide in her Game of Thrones co-star Maisie Williams.

“I think being friends with each other was quite destructive because we were going through the same thing and so we used to get home from set, go to a Tesco’s across the road, a little supermarket and just buy food and go back to our room and just eat in bed,” she said. “We didn’t socialize with anyone but ourselves.”

Her depression made her “withdrawn.”

Turner spoke candidly about her fiancé Joe Jonas — who was in the room with her and McGraw.

Turner recalled when she would “cry and cry and cry over just getting changed and having to put on clothes and be like, ‘I can’t do this. I can’t go outside. I have nothing that I want to do.’”

The Game of Thrones actress said that “getting out of bed and getting out of the house” and “learning to love yourself” has helped her make a change in her mental health.

She credits Jonas for helping influence her to do “much better” with the use of therapy, medication, and self-love.

“I love myself now, or more than I used to, I think. I don’t think I love myself at all, but I’m now with someone that makes me realize that I do have some redeeming qualities, I suppose,” she said. “When someone tells you they love you every day, it makes you really think about why that is, and I think it makes you love yourself a bit more. So, yeah, I love myself.”

If you or someone you know is in crisis and needs help, resources are available. In case of an emergency, please call 911 for immediate help.

The Canadian Association for Suicide Prevention, Depression Hurts and Kids Help Phone 1-800-668-6868  all offer ways of getting help if you, or someone you know, may be suffering from mental health issues.