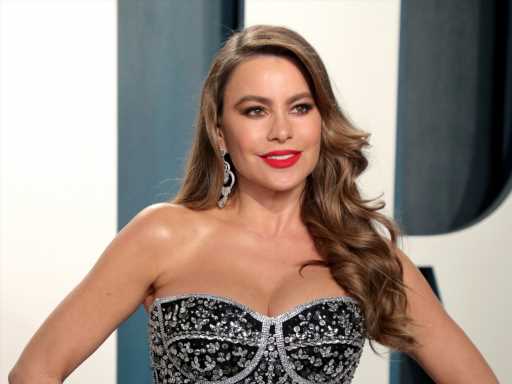 Sofía Vergara decided to shake things up with another throwback bikini photo that’s hypnotizing everyone on Instagram.

Vergara uploaded another snapshot from her early modeling days with the simple caption, “#tbt Bahamas 🌴🌴.” You can see the photo HERE.

In the photo, we see a toned and glowing photo of Vergara rocking a blue bikini covered in puka shells. Her light brown hair is blowing in the wind as she sips from a cantaloupe. This photo is the definition of an island paradise!

Now we weren’t exaggerating when we said that everyone is turning heads over the throwback pic! Fans have been commenting under the post, posting compliments like “Stunning then….More so NOW❤️” and “Wow just “Wow”😮.”

The Modern Family alum got started in modeling at only 17 years old when she was discovered on a beach in her home country of Columbia. However, at the time, she was actually studying dentistry when she was discovered, but she decided to start modeling and eventually moved to the United States. She then became one of the highest-paid actresses, working on America’s Got Talent, sitcoms, and a bunch of advertisements, along with being a modern-day beauty icon.

In a previous, rare interview, Vergara talked to Home Business Magazine about her beauty icon status, saying, “Well, it’s great that at this age I’m still considered a beauty icon because you know after you start feeling time goes by, things change. So of course, I love it, I think it’s great that I’m showing a little bit more of the Latin looks all over the world, I’m showing a little bit of my ethnicity off.”

Before you go, click here to check out the highest paid celebrity women today.