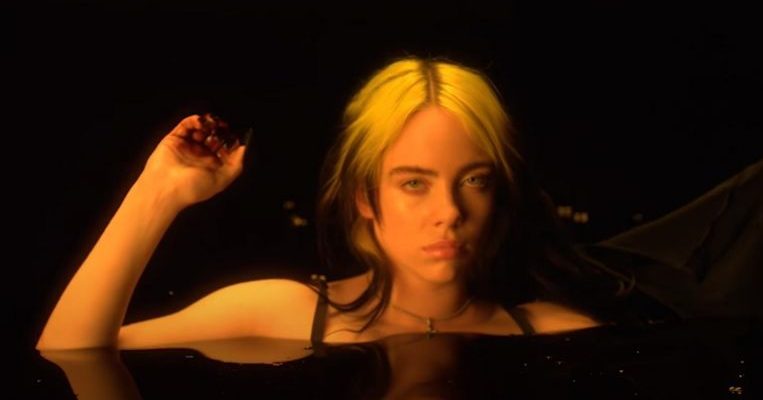 The video, which was uploaded to YouTube, was first aired during a show interlude when she kicked off her Where Do We Go world tour in March.

She has put subsequent shows throughout North America and the United Kingdom on hold due to the Covid-19 pandemic.

In the video, Eilish, 18, is seen removing layers of clothing as she says in a voice-over: “Do you know me – really, know me? You have opinions about my opinions, about my music, about my clothes, about my body.

She ends the video, titled Not My Responsibility, by saying: “We decide who they are. We decide what they’re worth. If I wear more, if I wear less, who decides what that makes me? What that means? Is my value based only on your perception? Or is your opinion of me not my responsibility?”

Eilish has faced criticism in the past, including for posting pictures in a bathing suit in April. She had also previously said that she chose to wore baggy clothes because she had a negative image of her body.

The American singer first came into the public eye at the age of 13, when she uploaded the song Ocean Eyes to SoundCloud.

She spent her teenage years in the limelight alongside her brother and frequent collaborator, singer-songwriter and music producer Finneas O’Connell.

Eilish released her debut album When We All Fall Asleep Where Do We Go? in 2019 which topped the Billboard charts and contained several hits such as Bad Guy, Bury A Friend and When The Party’s Over.

Fans have taken note of her unique red carpet style, which has included oversized designer clothes, long nail extensions and fluorescent hair colours over the years.