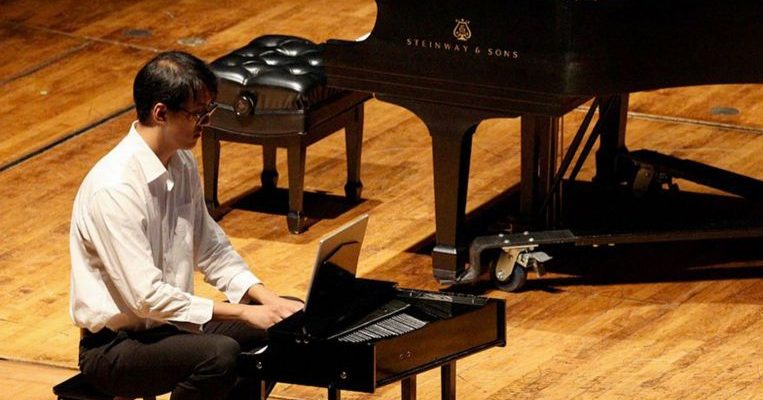 SINGAPORE – Think the toy piano is just for children to play with? Think again. Two concerts by professional musicians this month put the small but musically powerful instrument in the spotlight.

Two new works for toy piano written by 20something Singaporean musicians Yuting Tan and Jun An Chew will premiere in Play-Play: A Toy/Piano Concert at the Esplanade Recital Studio on Saturday, Jan 5.

The pieces will be performed by Singaporean musician Gu Wei, alongside Chinese musician Huizi Zhang on the piano.

On Jan 26, Singapore-born Margaret Leng Tan, hailed as the pioneer of toy piano performances, plays from her repertoire and talks about her career in TOY! TOY! TOY! at The Ngee Ann Kongsi Auditorium in the National Gallery Singapore.

The performance is held alongside the ongoing Minimalism: Space. Light. Object. exhibition at the gallery, which focuses on the influential movement that has shaped visual arts, music and lifestyle.

In line with the exhibition, the artist plays Minimalist music by her mentor, late American composer John Cage, during the MINIMALISM REDUX concerts on Jan 23 and 24 at the gallery.

The child-sized toy piano looks like a piano but is closer in sound to a percussion instrument like the German glockenspiel. A piano has strings, a toy piano uses metal rods to emit sound and does not have pedals.

The instrument is surprisingly versatile, says 27-year-old Gu. “It’s not what many people expect. It still sounds like a toy but its potential goes beyond a toy.”

He paid about US$200 (S$270) for his 37-key toy piano made by American company Schoenhut. The instrument is slightly larger than a check-in suitcase. He brought it over from Baltimore, where he is doing his doctorate in composition at the Peabody Institute of Johns Hopkins University.

Though aware of the avant-garde performances of Margaret Leng Tan, Gu was introduced to the toy piano only two years ago, through composer David Smooke, his professor at Peabody.

Gu saw Smooke’s toy piano in the latter’s office and borrowed it to include in his 2016 performance for flexible instruments – including the sewing machine – titled 3.25pm. He loved the sound.

“It’s not what many people expect,” he says. “It can be very serious depending on the music, but how I use it is for music that’s substantial, but with a bit of comic effect.”

His concert on Saturday does not include 3.25pm but it includes Carousel, a work by American composer Phyllis Chen for toy piano and musical box. Chen also wrote Curios, a 2015 work for toy piano and toy instruments which celebrated the bizarre world of the circus and was created for Margaret Leng Tan, who premiered it at the Singapore International Festival of Arts that year.

The artist, now 73, has received Singapore’s highest arts honour, the Cultural Medallion, and her artistry has partly inspired the two 20something composers featured in Saturday’s concert. Both acknowledge her ground-breaking work.

“In later work, I’d like to expand the playful elements of the toy piano, maybe pair it with other toys,” says Chew, whose I Know What Stars To Follow Home is a 10-minute piece for toy piano and live electronics.

Free Recall by Yuting Tan is an eight-minute piece based on childhood memories including the rhythms and gestures of hand-clapping games. The 25-year-old did not play with the toy piano as a child but says she cannot resist it as an adult. “When I pass by shops selling toy pianos, I just can’t help going in and playing with it,” she says. “It’s very charming and cute, and you just want to hear what sounds it makes.”

She is delighted to hear about younger Singaporean musicians taking up the toy piano “and running with it”.

“I love it, they’re being so creative,” she says. “It’s all part of my legacy. The toy piano is alive.”

ADMISSION: Free but register at bit.ly/2SYNLns

WHERE: The Ngee Ann Kongsi Auditorium

ADMISSION: Free but register at bit.ly/2S9mI8R