The artist Leonor Fini worked tirelessly throughout most of the 20th century, often alongside universally acknowledged masters like Max Ernst, André Breton and George Balanchine. Her paintings and designs were shown in London, Paris and New York over decades. Portraits of her, an eccentric European artiste draped in wild costume at fancy masquerade balls, regularly appeared in magazines like Life.

Fini also had three works in the landmark 1936 exhibition “Fantastic Art, Dada, Surrealism” at the Museum of Modern Art, curated by the museum’s founder, Alfred H. Barr Jr. But the museum owns none of her work, and she remains little known in the United States.

A new exhibition at the Museum of Sex in Manhattan aims to remedy that. “Leonor Fini: Theater of Desire” is the first American retrospective devoted to her paintings, drawings and other objects, and it fills two floors of the museum. 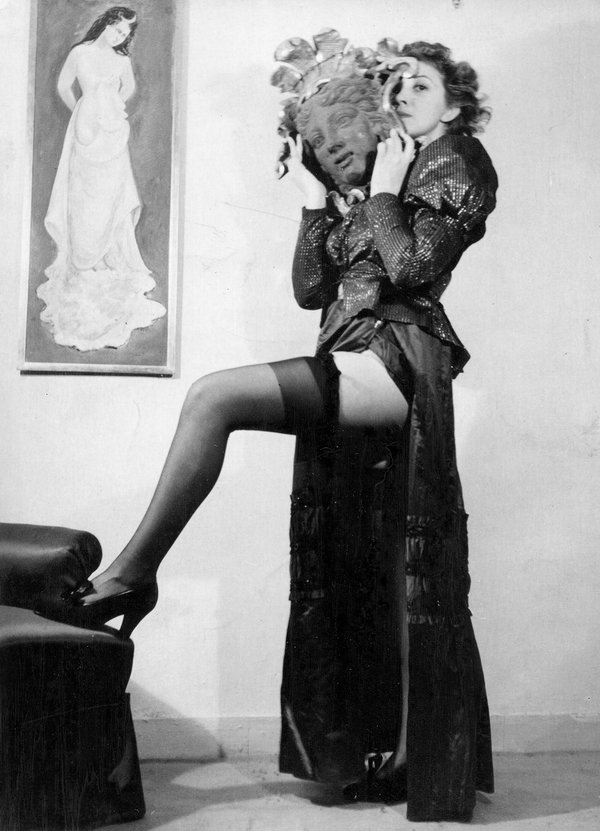 Fini, who died in 1996 at 87, was close to many of the Surrealists, including Breton, and has frequently been grouped with them, but she always resisted labels, said Lissa Rivera, the curator of the exhibition.

“She was really not interested in contemporary movements,” she said, adding, “Although she was included in shows on Surrealism, she didn’t really want to be associated with that group because André Breton, she thought, was a misogynist.”

Born in Argentina, Fini grew up in Trieste, Italy, and found her way to Paris as a young woman. She made a place for herself in the city’s artistic circles, but declined the confining roles (muse, lover, student) that were usually offered to young women.

“She already knew how to paint,” Ms. Rivera said.

Like the Surrealists, she had muses, but her depictions are tender and affectionate, often rooted in her personal connection to her subjects, including her two lifelong partners, Stanislao Lepri and Constantin Jelenski.

Fini was successful enough in the ’30s, including the MoMA exhibition, to get a show at the gallery of Julien Levy, the New York dealer who helped introduce artists like Man Ray, Henri Cartier-Bresson and Salvador Dalí to America. A rather condescending review of that show in The New York Times dings Fini’s work for showing too much skin in a self-portrait: “In one picture, called ‘The Miracle That Sweeps,’ the ‘costume’ pantaloons worn by our miraculous heroine have just about dropped off.”

“She lived every aspect of her life creatively, as a form of investigation in the human psyche,” said Ms. Rivera, “and for her, gender and sexuality were the greatest ways to perform those kind of experiments, both on the canvas and in real time.”

Fini also illustrated about 50 books in her life, choosing authors and titles that fit her own interests, including “Satyricon” and works by Jean Genet and Charles Baudelaire. Some of her best-known works in this area are her drawings for a 1944 edition of the Marquis de Sade’s “Juliette.”

After World War II, Fini’s work grew somewhat darker and more abstract, although it remained deeply focused on the corporeality of the body, as in “The Angel of Anatomy,” depicting a stern-looking winged figure stripped of skin. It fixes a steady gaze on the viewer, a memento mori stuck somewhere between life and death.

Fini herself chose to live as something of a recluse, although she loved to make brief, shocking appearances at formal events, dressed in elaborate costumes of her own design.

“She always liked to have center stage,” Ms. Rivera said. “She wasn’t afraid to be seen as a narcissist; she just was herself completely and didn’t feel any sense of questioning or shame.”

Well into the 1980s, she worked tirelessly, often on theatrical sets and costume designs. But she continued painting as well, with her works evolving toward a more dreamlike style, but always with a strong current of sexual energy.

“She always felt that identity was just a mask,” Ms. Rivera said. “So the masks that she chose to wear were more true than her biological face.”

“Leonor Fini: Theater of Desire” runs at the Museum of Sex through March 4; 233 Fifth Avenue (at 27th Street); museumofsex.com.