Everlasting Gobstoppers, Burple Nurples and Triple Gooberberry Sunrises are more than just eye candy. They symbolize the power of magic and play. 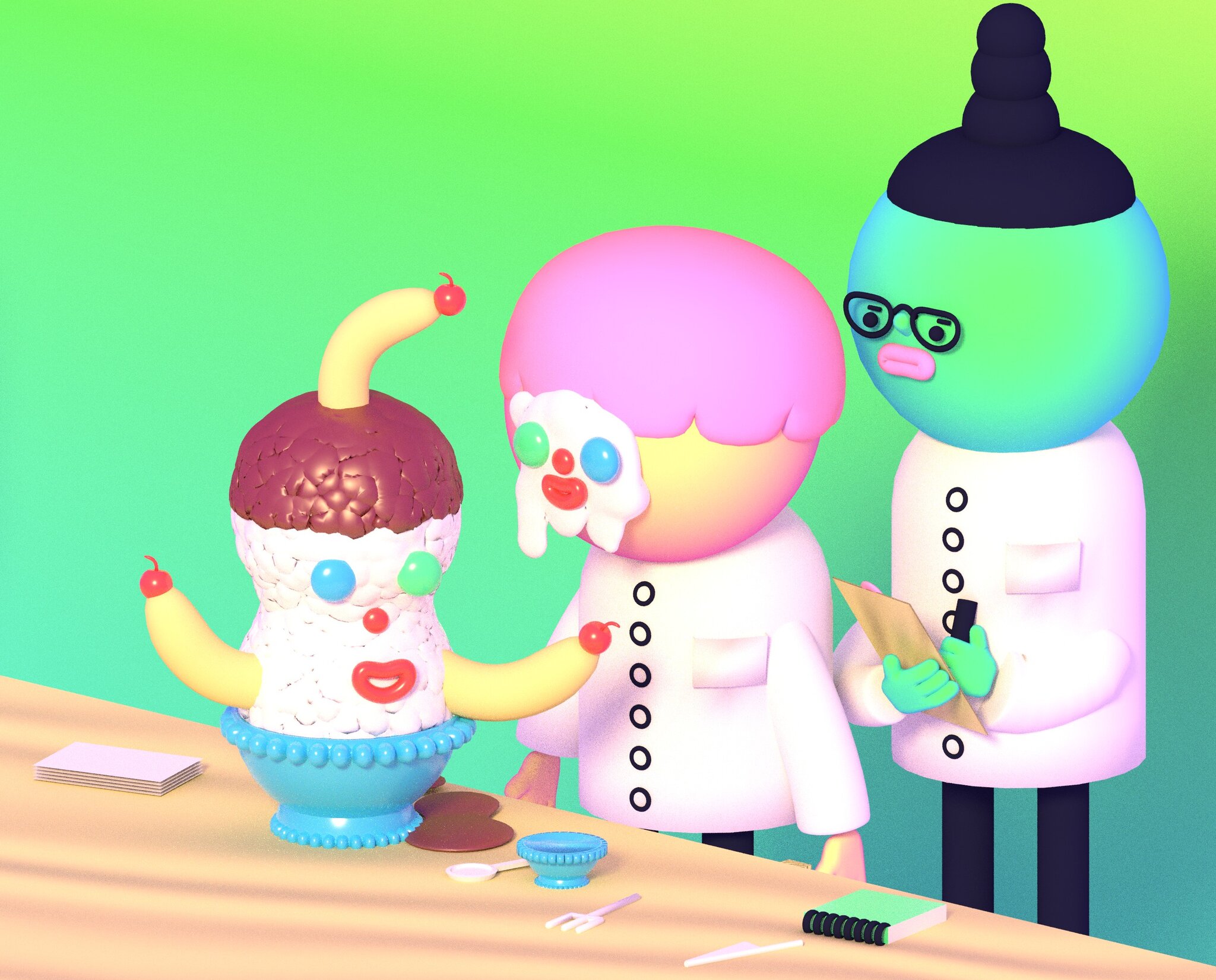 In the 1991 movie “Hook,” in which a grown Peter Pan, having forgotten who he is, returns to Neverland, Peter and the Lost Boys sit down for dinner. The pots and plates are empty and yet the boys seem to eat, shoveling in handfuls of air. Peter, hungry and exasperated, begs to know where the real food is. The Lost Boys remind him: He has to use his imagination. He does and suddenly the food manifests: a grand feast of meats and sides and, next to bowls overflowing with fruit, custard pies in candy-apple reds and cerulean blues, with dollops of contrasting colors on top.

The Food Network and Cooking channels offer a sampling of the whole wide world of enticing confections out there. (For some of the more animated options, check out “Zumbo’s Just Desserts” on Netflix and the bubbly new Food Network show “Candyland.”) But even sweeter than those goodies that have been kneaded, beaten, creamed and baked in real-life kitchens are the ones dreamed up in the fictional worlds of TV and movies, summoned from the imagination like Peter Pan’s multicolored pies.

These imaginary sweets are more than just eye candy — though there’s plenty of that too. They reveal their fictional worlds and characters and symbolize the power of magic, play and imagination. 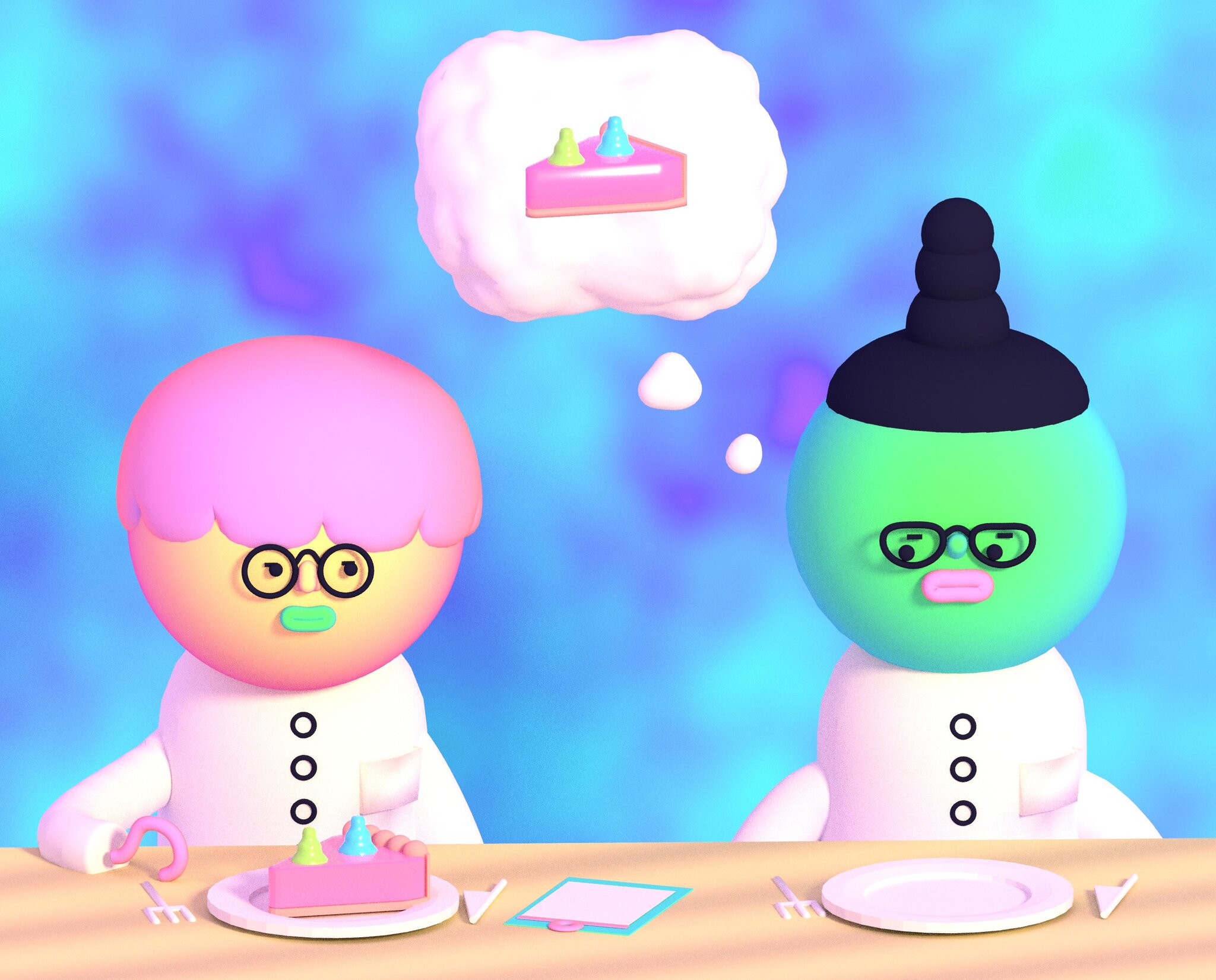 There are no lists of ingredients to imaginary sweets. Rather, they are concocted from the imaginary worlds in which they exist, like the towering, multi-banana-limbed Triple Gooberberry Sunrise, the signature sundae from Goofy Goober’s, an ice cream bar from “The SpongeBob SquarePants Movie.” Though it recalls some of the frozen treats from Friendly’s, the Triple Gooberberry Sunrise, with its bright colors and quirky SpongeBob-esque smile, is intimated to have intoxicating effects. SpongeBob and his dimwitted best friend, Patrick, the former upset about being passed over for a promotion at work, end up trashed and hung over, belching and slurring their words.

A juvenile, fanciful version of a normal adult situation, the incident reflects the general tone and theme of the movie — the divide between childhood and adulthood and what maturity looks like. What exactly is under that sundae’s candy smile? As one famous fictional candy maker has said, quoting a poet, “Candy is dandy, but liquor is quicker.” 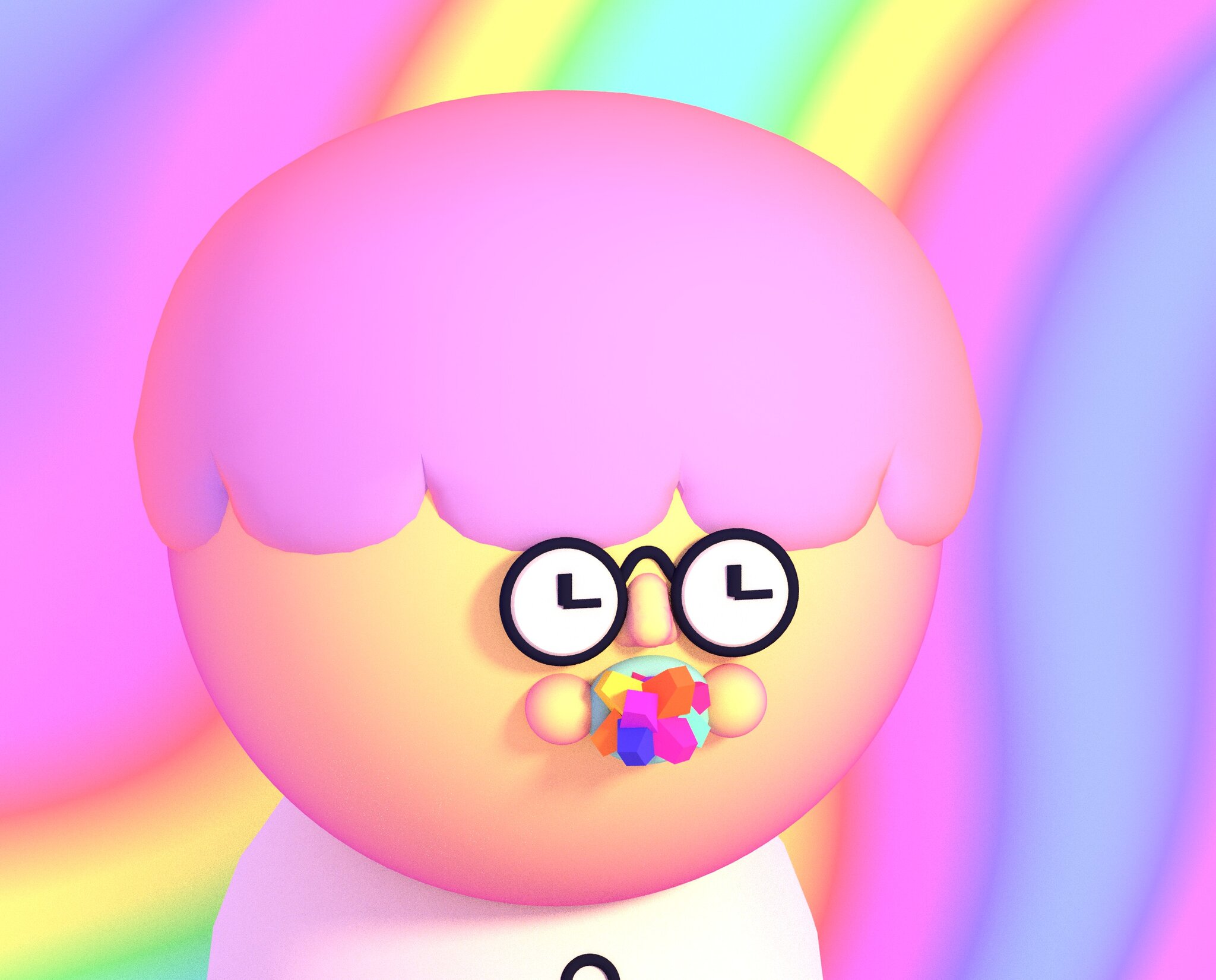 That’s Willy Wonka, whose mysterious factory of fantastical creations reflect the pleasures and dangers of his world. His factory, which seems to dodge silly ole institutions like the Food and Drug Administration and the Better Business Bureau, swallows kids as if they’re the desserts. His chocolate river sucks in the greedy Augustus Gloop, and his three-course-dinner gum turns the insolent Violet Beauregarde into a giant blueberry. But it’s his Everlasting Gobstopper that represents everything the Wonka Factory means to the candymaker: everlasting youth.

The Gobstobber — in the 1971 film “Willy Wonka & the Chocolate Factory,” a multicolored piece of hard candy with block-like geometric protrusions — is a sweet that somehow never shrinks (unlike its perfectly fine, but not-very-everlasting, real-life Nestlé equivalent). It’s the perfect treat for the eternal child: Wonka himself is an adult with lopsided charms and a childlike disposition, and he reveals at the end of the film that he could pass on ownership of his factory only to a child.

For so many characters, the fictional treats represent some larger ambition in their universes. Wonka used the Gobstopper as a test for the Golden Ticket kids, naming Charlie Bucket the winner when he ultimately gives Wonka the Gobstopper back — Charlie’s innocence and selflessness, his wanting to honor Wonka’s invention instead of selling it to Wonka’s competitors, shows his worthiness as Wonka’s successor. 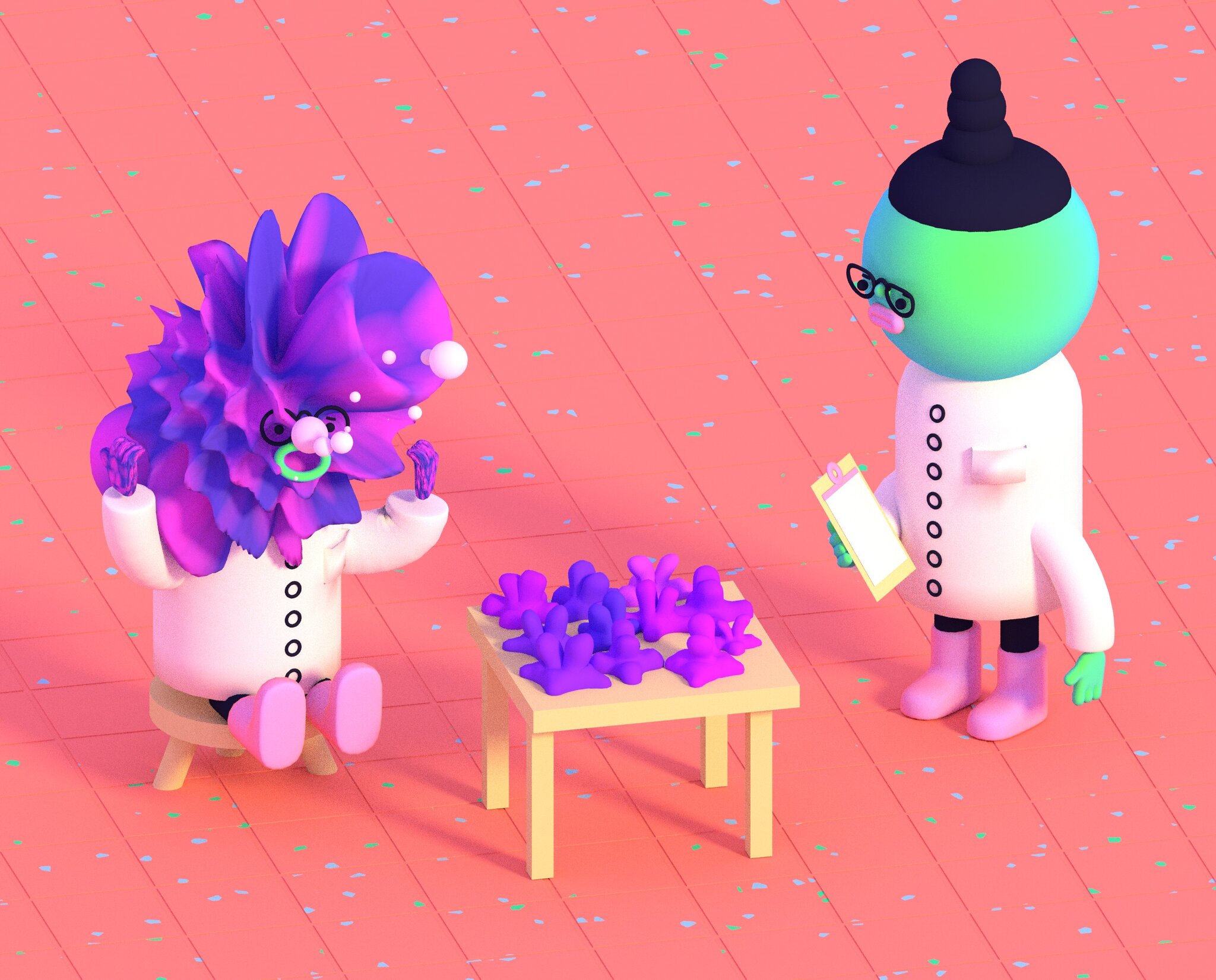 Like ambrosia of the heavens, these sweets are delicious beyond comparison — the culinary Holy Grail. Why else would Scooby-Doo venture into haunted houses, if not for the scrumptious delicacy that is a Scooby Snack? The show tells us it’s the taste that gets him, but the treat also represents bravery: a way for Scooby to get through his bizarre world of haunted houses and ghosts.

These sweets can also be comical, parodies of real desserts. In the animated series “We Bare Bears,” which often cleverly satirized trendy millennial life in California, we find the pretentious Honey Wasabi Gummies. In “Gravity Falls,” a Halloween yield can turn disastrous if one gets “loser candy,” like the utterly disappointing Homework the Candy, Sand Pop!, Count Discount and Gelatin Product. And in the Cartoon Network show “Chowder,” a playfully bizarre series about a greedy young cat who’s a troublesome apprentice to a chef in a world full of eccentric characters and zany — often animate — food, one may sit down to a plate of Burple Nurples, Froggy Apple Crumple Thumpkin or Meanie Cream Cake with a satisfying side of Thrice Cream. 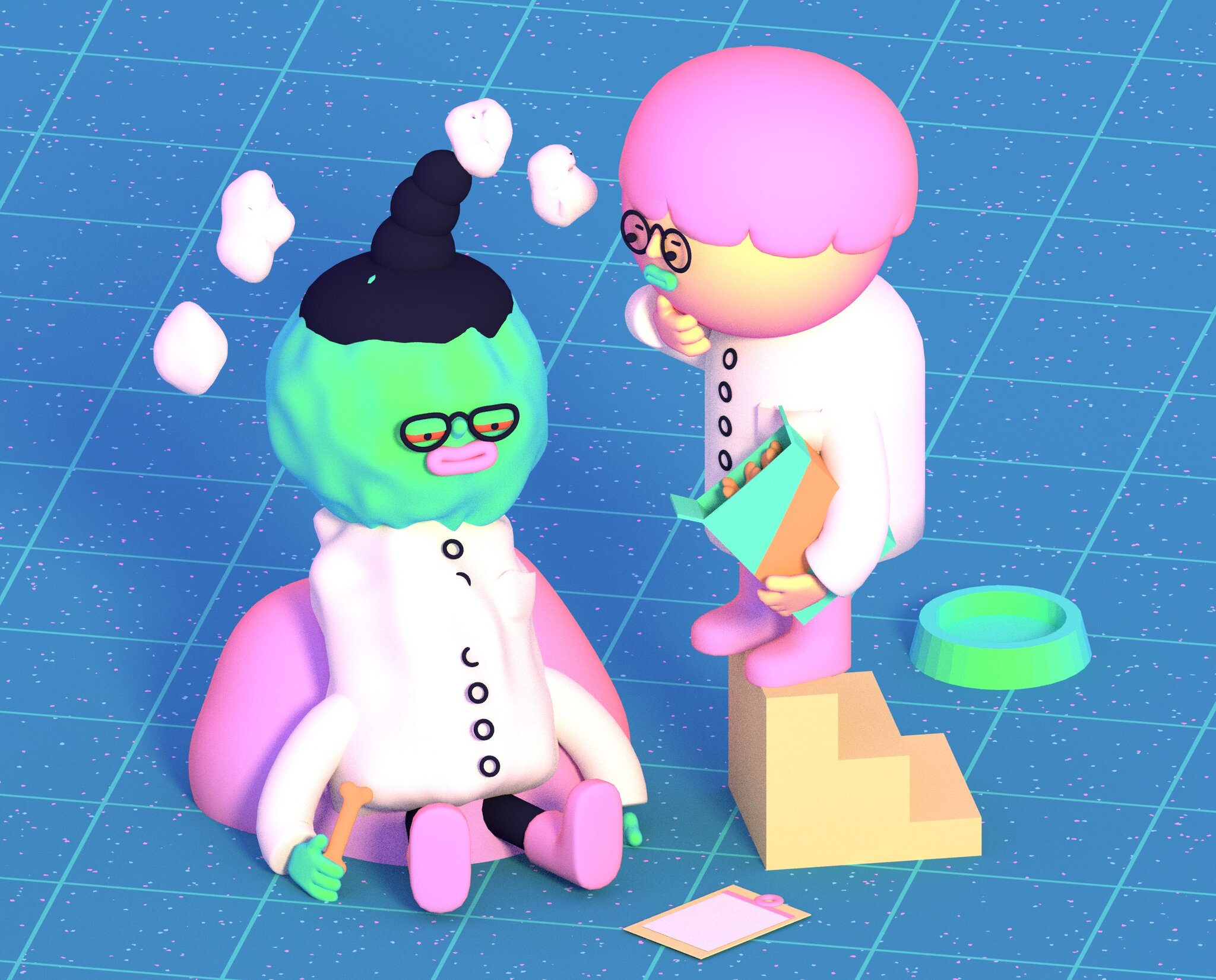 Good luck finding a Burple Nurple in the Whole Foods bakery. Fictional confections are divorced from nature as we know it; in these worlds of the mind, one need not be so concerned with the manufacturing and commerce of these sensational snacks.

And that’s the appeal of these saccharine foodstuffs, too. They take something we know — food, which is tangible and often mundane — and make it mysterious. But in these fanciful sweets we may discover something that will not just sustain us or tantalize our taste buds but also grant us entry into a fictional world.

In the 2001 film “Harry Potter and the Sorcerer’s Stone,” Harry grabs a Chocolate Frog on the sweets cart on the Hogwarts Express just to marvel as it comes to life and leaps out of his hand. This, the film tells us, is what it looks like to have magic made into edible form. And it’s easy to imagine Alice in Wonderland, helping herself to a jar full of cookies, considering how the small, innocuous act of biting into a confection could mean ingesting the spell of a new world and letting it transform you.

These sweets are appealing for more than their tastes, which we can only imagine (though imagination, as “Hook” tells us, is not something to be underestimated). The worlds they represent, the whimsy they capture and the magic they hold — those, above all, are the treat.

Surfacing is a biweekly column that explores the intersection of art and life, produced by Alicia DeSantis, Jolie Ruben and Josephine Sedgwick.