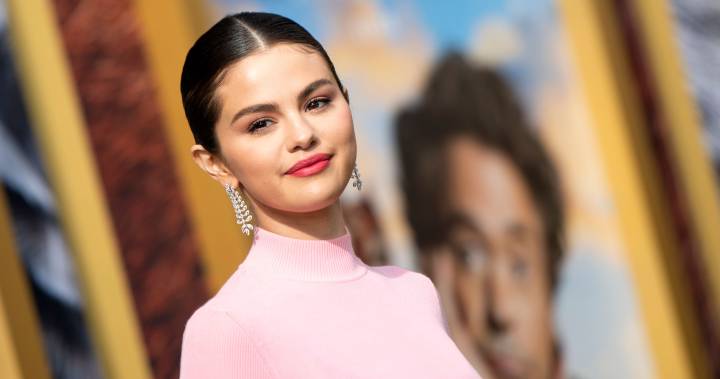 Selena Gomez opened up to Amy Schumer about dealing with media scrutiny since she was a teen and how she’s become very open about her mental health journey for Interview magazine’s latest cover story.

Gomez, who first experienced fame in 2007 at the age of 15 when she starred on Disney Channel’s The Wizards of Waverly Place, shared that she never planned to become “a tabloid.”

“My intention was never to become a tabloid,” Gomez told Schumer about the media scrutiny she’s received for a large portion of her life. “So when things kind of happened that way, it got out of control. And then I was like, ‘Wait, none of this is true.’

“The way the media has sometimes tried to explain things has made it sound really bad, when in reality there’s nothing wrong with the fact that I needed to go away or that I fell in love. I had to start opening up because people were taking away my narrative, and it was killing me. I’m so young and I’m going to keep changing, and no one has the right to tell me how my life’s going.”

Gomez, who underwent a kidney transplant in 2017 due to lupus, told Schumer that she tries to bring awareness to causes that are meaningful to her.

“I’ve gone through a lot of medical issues, and I know that I can reach people who are going through similarly scary things — an organ transplant, or being on dialysis, or going away for treatment,” said Gomez. “A huge part of why I have a platform is to help people.

“That’s why I think I’m OK with the magnitude. I mean, I’m not really OK with it — but I’m going to say that I am because it’s worth it,” the Bad Liar singer said. “I know that I’m making someone somewhere feel good, or feel understood or heard, and that’s worth it for me.”

The 27-year-old singer also opened up about returning to music with her latest album, Rare, which was released in February and includes the hit song Lose You To Love Me.

“I wrote it at the beginning of last year and had just gotten out of treatment,” she said of Lose You To Love Me. “It was a moment when I came back, and I was like, ‘I’m ready to go into the studio with people I trust and start working on songs.’

“There was an air around it where people were very happy because it was like I was going to finally be me. But I didn’t necessarily see it that way at the time. When I wrote the song, I was basically saying that I needed to hit rock bottom to understand that there was this huge veil over my face.”

When Schumer asked Gomez if people should “be worried about you,” Gomez said no.

“I’ve gone through some really difficult stuff, and because of those moments, whether I liked it or not, a picture was painted of my life. That was scary because I didn’t want it to affect my career.”

At just 27, @selenagomez is a global pop star, a tabloid fixture, a documentary and TV producer—and a philanthropist who has shifted her attention to coronavirus relief efforts. Following a well-documented struggle with mental and physical health, she has returned stronger than ever with the cathartic and confessional “Rare,” her third number-one album, and as she tells her friend @amyschumer in our new Spring Issue, she is done letting people control her narrative. Tap the link in our bio for the full story.⁣⁣ ⁣ Photographed by @elirusselllinnetz and styled by @melzy917.

Last week Gomez revealed that she has bipolar disorder in a discussion with Miley Cyrus about mental health.

The Lose You to Love Me singer said she recently visited Massachusetts’s McLean Hospital, a psychiatric hospital.

“Recently, I went to one of the best mental hospitals in America, McLean Hospital. I discussed that after years of going through a lot of different things, I realized that I was bipolar,” Gomez told Cyrus. “And so, when I got to know more information, it actually helps me. It doesn’t scare me once I know it. And I think people get scared of that, right?

The It Ain’t Me singer said understanding her disorder “took the fear away.”

In January, Gomez shared that she believed she was a victim of emotional abuse while dating Justin Bieber.

Because of Bieber and Gomez’s on-and-off relationship over the last decade, many of her fans were convinced that many of the lyrics from her song Lose You To Love Me were direct references to the former couple’s relationship.

Gomez confirmed to NPR’s Lulu Garcia-Navarro that the song was about Bieber.

“I’m very proud of it,” she said. “It has a different meaning to me now from when I wrote it. I felt I didn’t get a respectful closure, and I had accepted that but I know I needed some way to just say a few things that I wish I had said. It’s not a hateful song; it’s a song that is saying I had something beautiful and I would never deny that it wasn’t that.

“It was very difficult, and I’m happy it’s over,” she continued. “And I felt like this was a great way to just say, you know, it’s done, and I understand that and I respect that, and now here I am, stepping into a whole other chapter.”

When asked if getting over the relationship with the Canadian pop star was difficult, Gomez said: “No, because I’ve found the strength in it. It’s dangerous to stay in a victim mentality. And I’m not being disrespectful. I do feel I was a victim to certain abuse—”

“Yes, and I think that it’s something that — I had to find a way to understand it as an adult,” Gomez said. “And I had to understand the choices I was making. As much as I definitely don’t want to spend the rest of my life talking about this, I am really proud that I can say I feel the strongest I’ve ever felt and I’ve found a way to just walk through it with as much grace as possible.”